Not long ago I bought one of the recent dolls from Ever After High – The Archery Club Bunny Blanc. I did it specifically because I liked her reboot face more than the original:

However, I found everything else to be far superior on the original release, and that including her body… 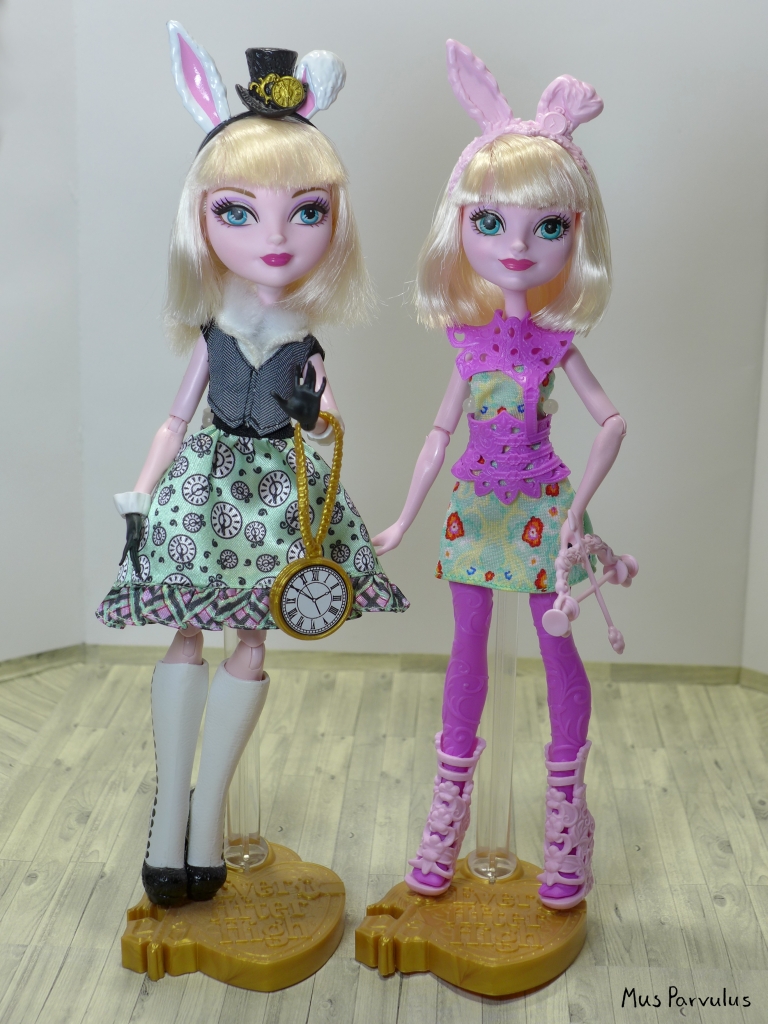 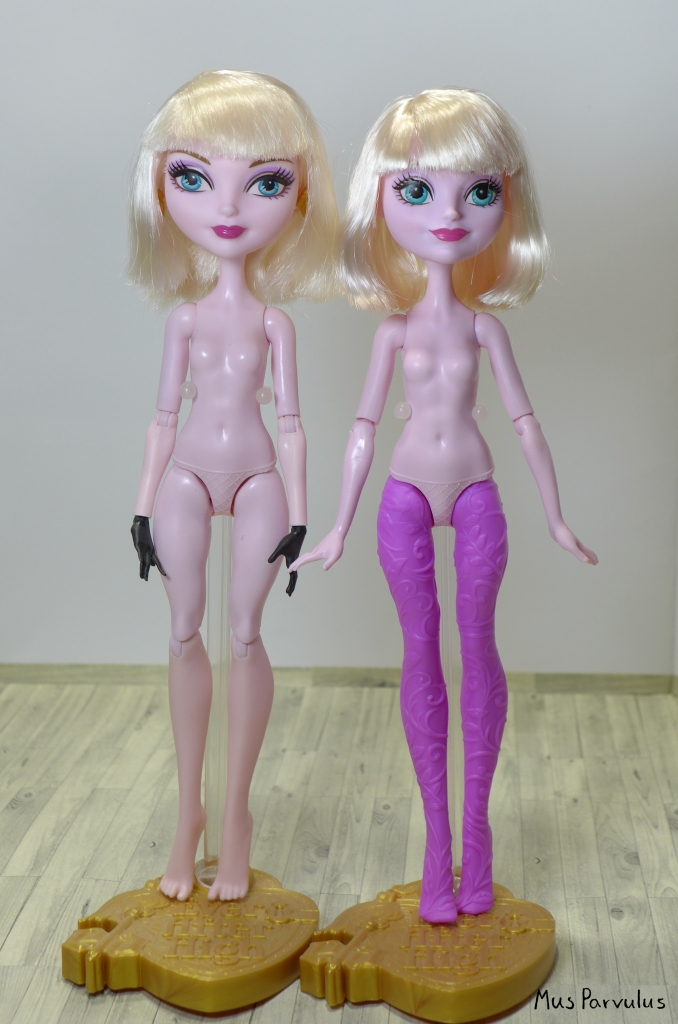 My intention from the start was to swap the heads on these two. I had never swapped heads before, so I was certainly a little nervous! I tried finding some advice online. I did find a few photos and videos, but all in all, I feel like nothing out there can thoroughly guide you through the process. You need to feel it for yourself to judge how much force you need to apply, and wiggle things around until the head comes off.

Nonetheless, here are a few tips that may make the process a little easier:

I make it sound scary, huh? It was a little scary for me, but many people do this regularly with no casualties 🙂 Pulling the head off is the difficult part. Slipping the new head on isn’t much of an issue.

Overall, everything went well for me – hurray! 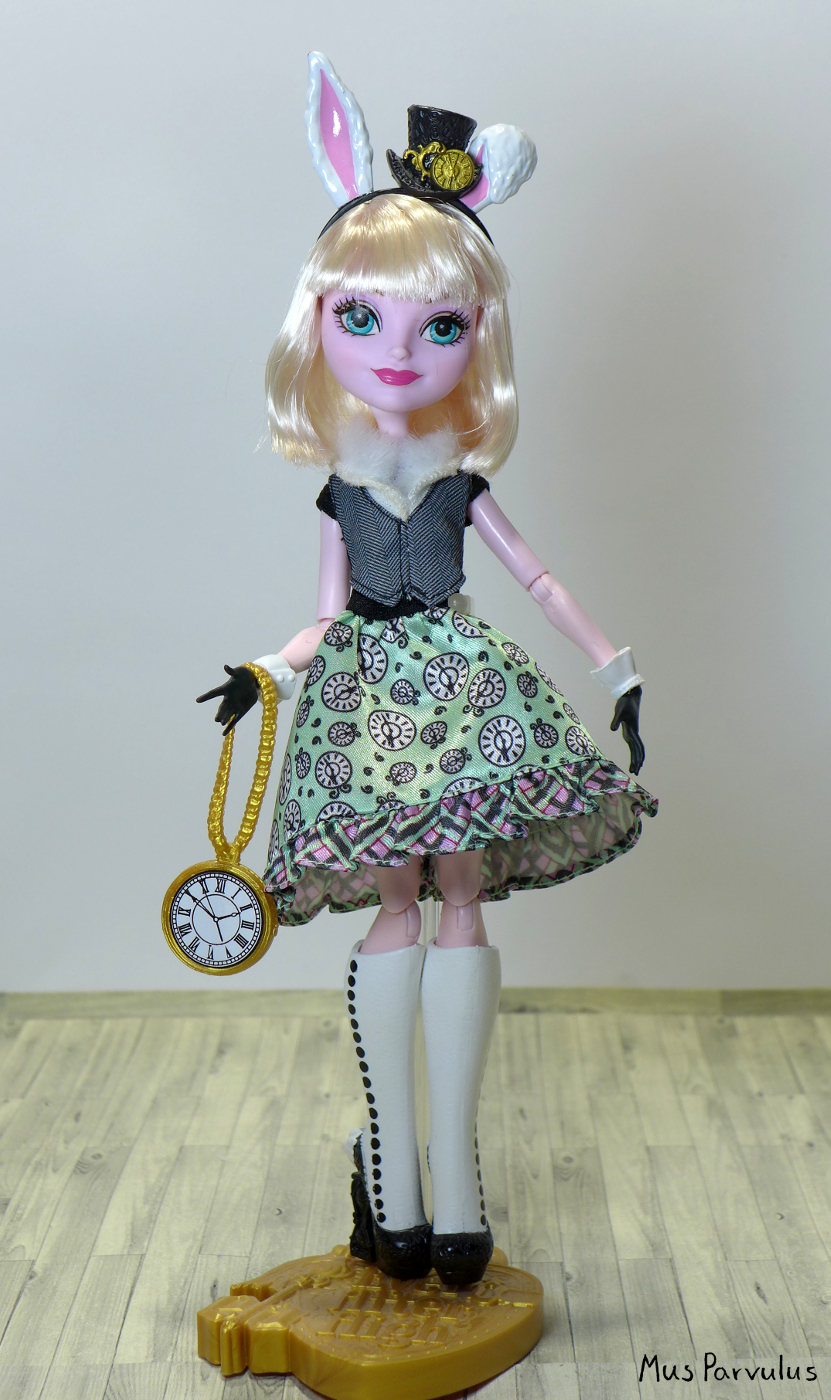 Personally, I feel like this Bunny face-up is the prettiest and the most true to her character so far. I was expecting to see lots of head swaps with it, but I couldn’t find a single photo online. I do have a theory now why it may be so. Unfortunately, the skin tone match between the two dolls I used isn’t perfect: 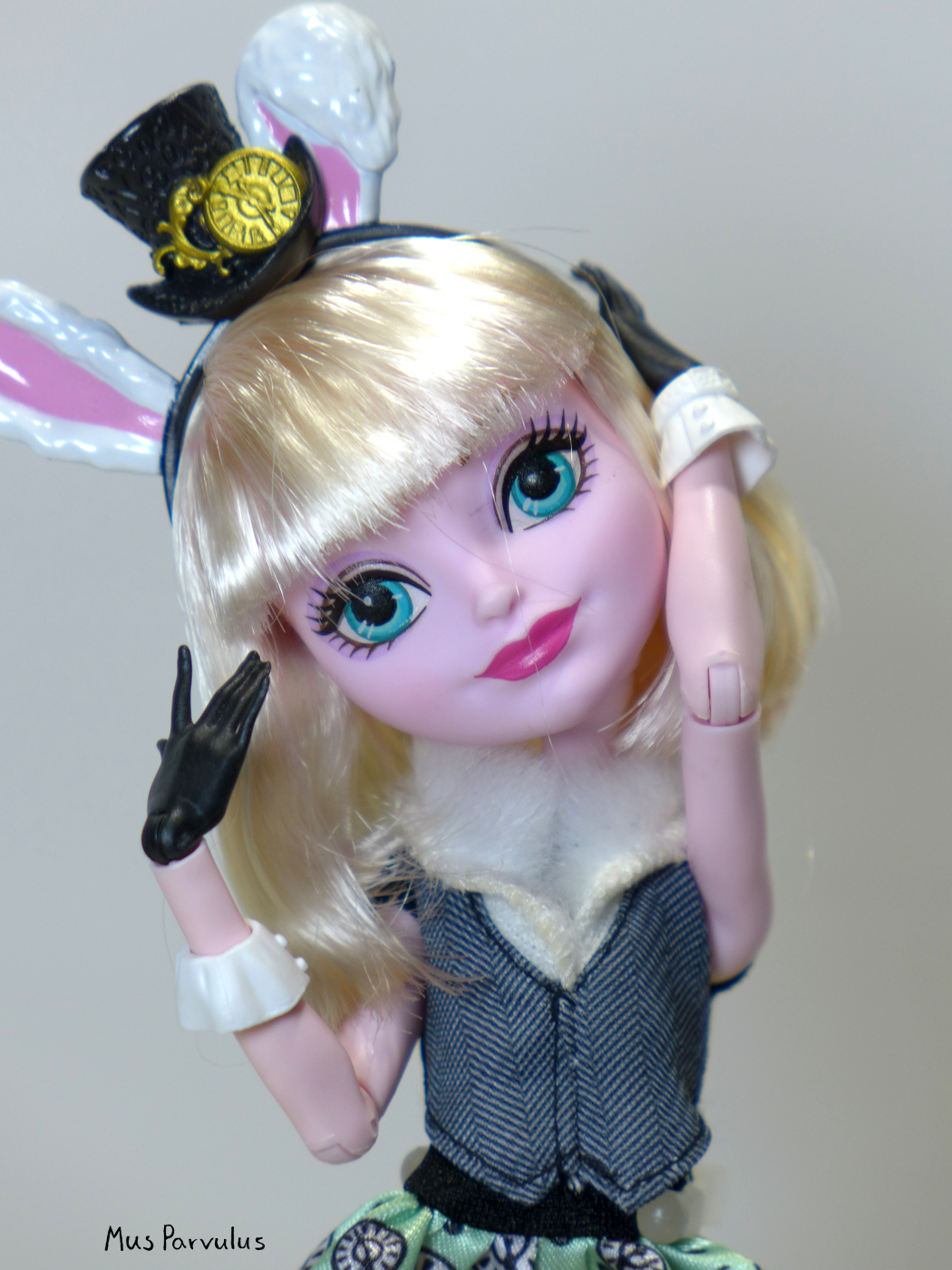 Her body has a peachy undertone, and her face has a cool bluish undertone. The difference is easily noticeable when you look for it, but I feel like it isn’t particularly distracting otherwise. She kind of looks like some of us look like with make-up on, maybe? The difference is also less clear when she has her arms down, the white fluff of her vest obscures her neck.

Another thing worth taking into account is that her new head is slightly smaller, and her headband sits more loosely. If you move the doll it may slide off, but it stays on fine on display on the shelf. 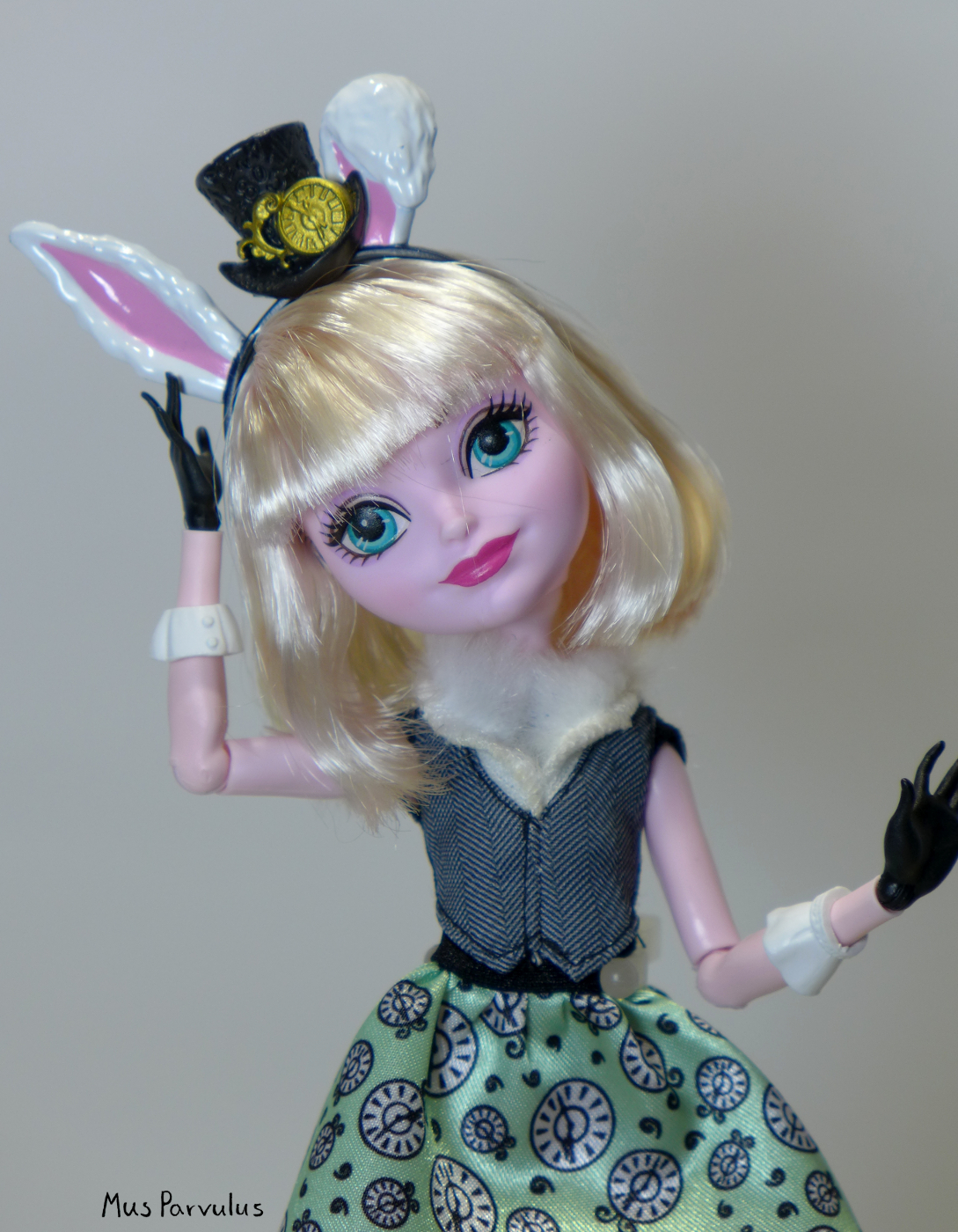 Finally, the Archery head doesn’t have her ears pierced. I have seen a tutorial suggesting that it is possible to pierce them yourself, and I’m considering it. Frankly, though, her earring were never all that visible to begin with, so I’m not in a huge rush.

Overall, the re-headed Bunny is not perfect because of the slight colour discrepancy. It also bugs me that I reward the manufacturer’s mistakes with both releases by buying not one, but two dolls! But all in all, I feel like the resulting doll looks very much like the doll we deserved in the first place – both sweet like her character and properly articulated. A slight mismatch or not, I do enjoy her in this form way more than any of her official releases. 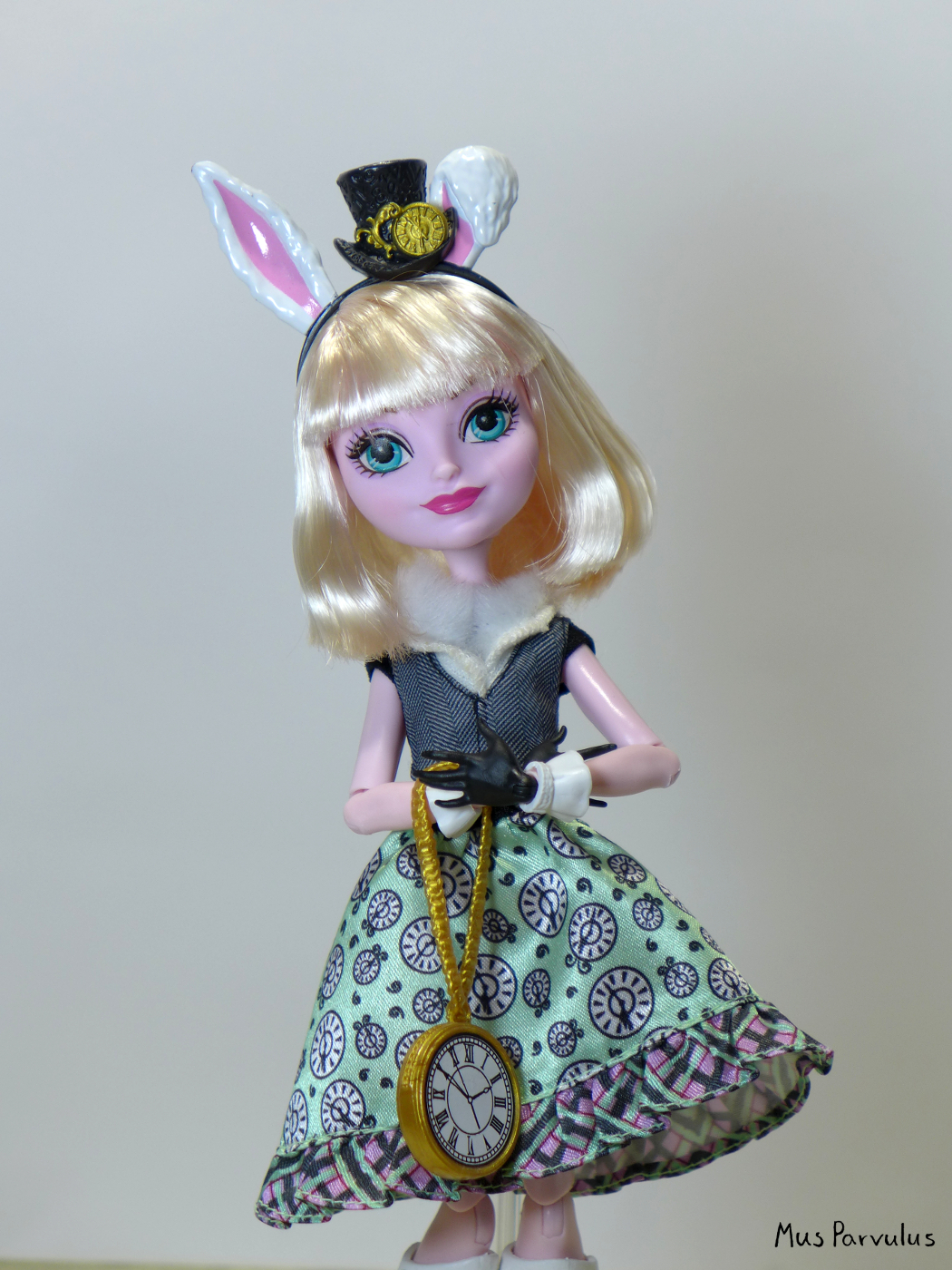 P.S. I almost forgot! This is what she would look like in her Archery clothes: 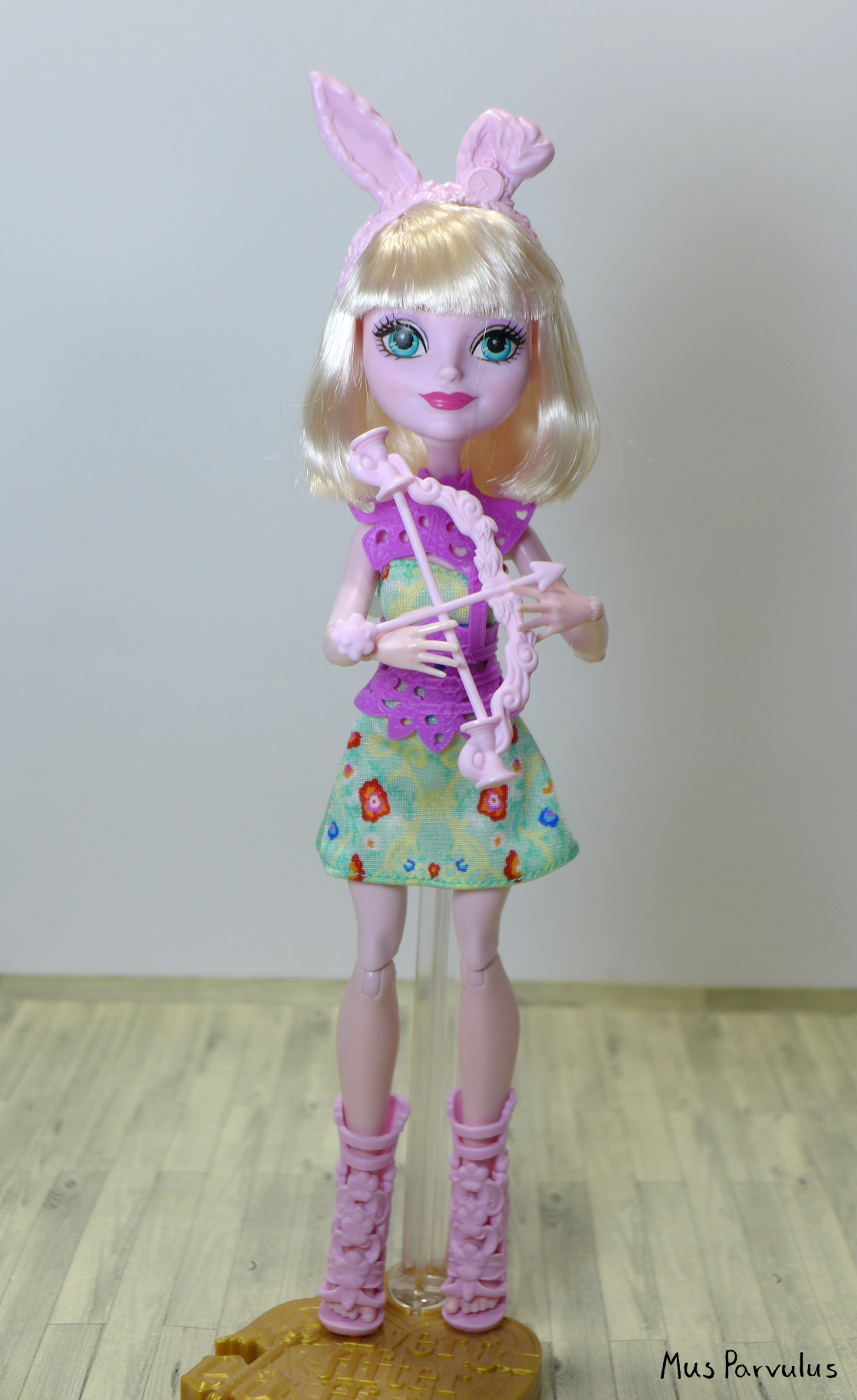