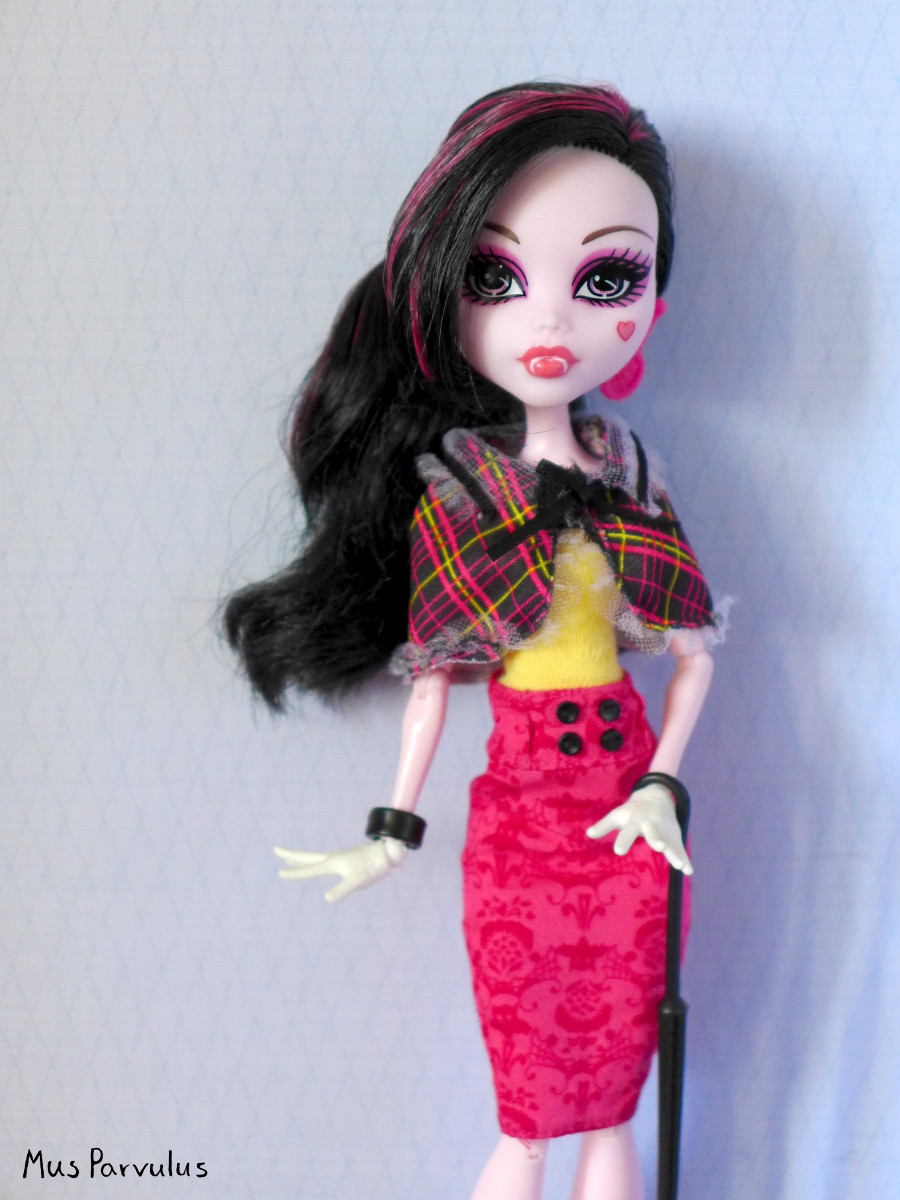 Monster High does not need to be introduced among doll collectors – at least those willing to take in playline dolls. And I certainly don’t mind. For all the rest, there is not shame in finding out just about now 🙂

Monster High is a Mattel doll brand centered around monsters and ghosts, or, to be exact – the next generation of well-known (and lesser known) monsters – vampires, warewolves, even Bigfoot. If it sounds familiar to Ever After High, it is because they are sister brands, Monster High being the elder one. It is valued by kids and collectors alike for its rich fantasy designs and (usually) highly poseable bodies. 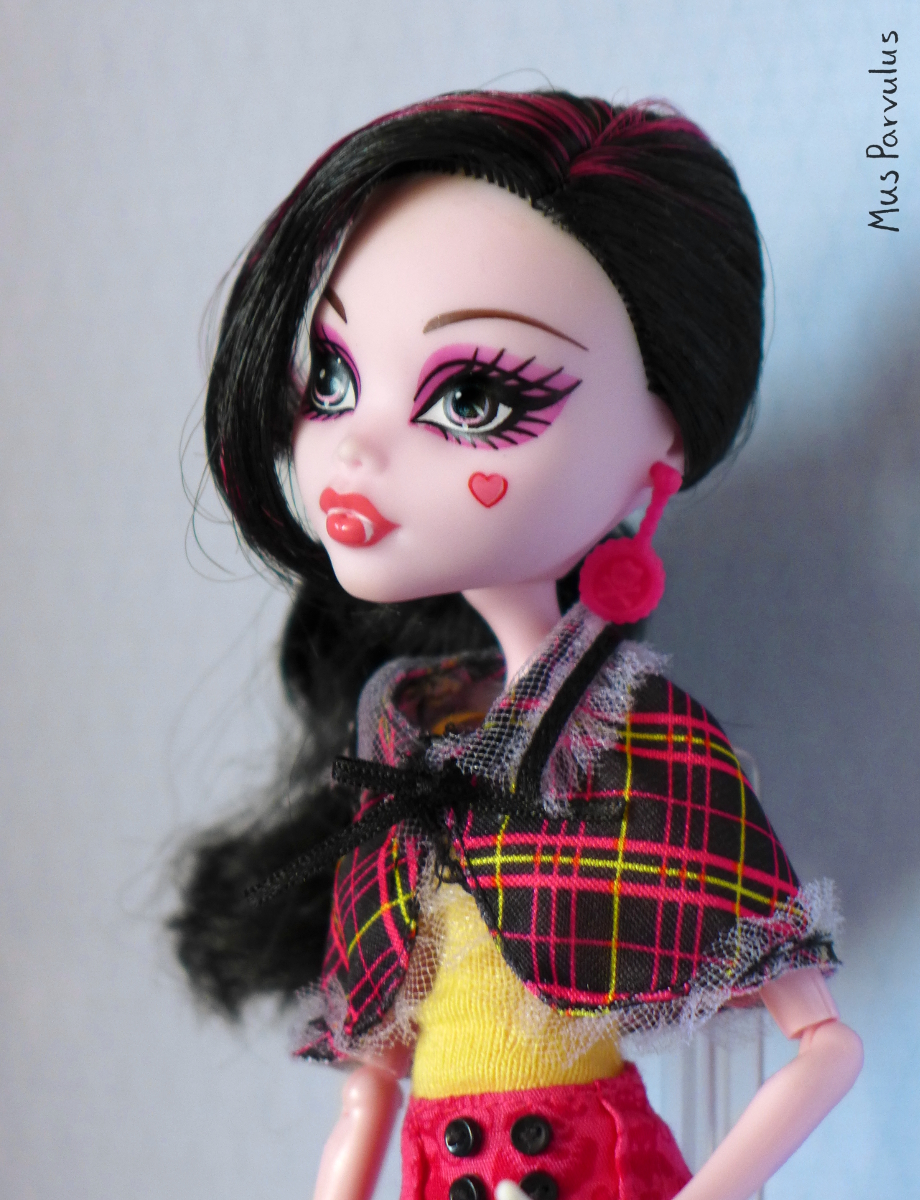 Monster High debuted in 2010. Perhaps because it was an eventful year for me, or perhaps because my collector sense was still lying dormant at that time, the birth of this brand did not register on me. I believe that the first time I heard about it was in 2013, when I saw the trailer for “Monster High: 13 Wishes” on YouTube. And I was… dismayed.

There seems to be something inherently wrong with selling scary dolls to little girls – at the very least it’s not a concept we had been used to prior to this decade. For me, this was also proof that before this world ends, toy manufacturers will have tried every conceivable idea in order to sell more – and while that’s their job, some ideas are just too absurd. I had a feeling that this one in particular took advantage of the Twilight hype and simply downsized the idea to fit 6 year olds and their toy boxes. So, no, I didn’t like Monster High. 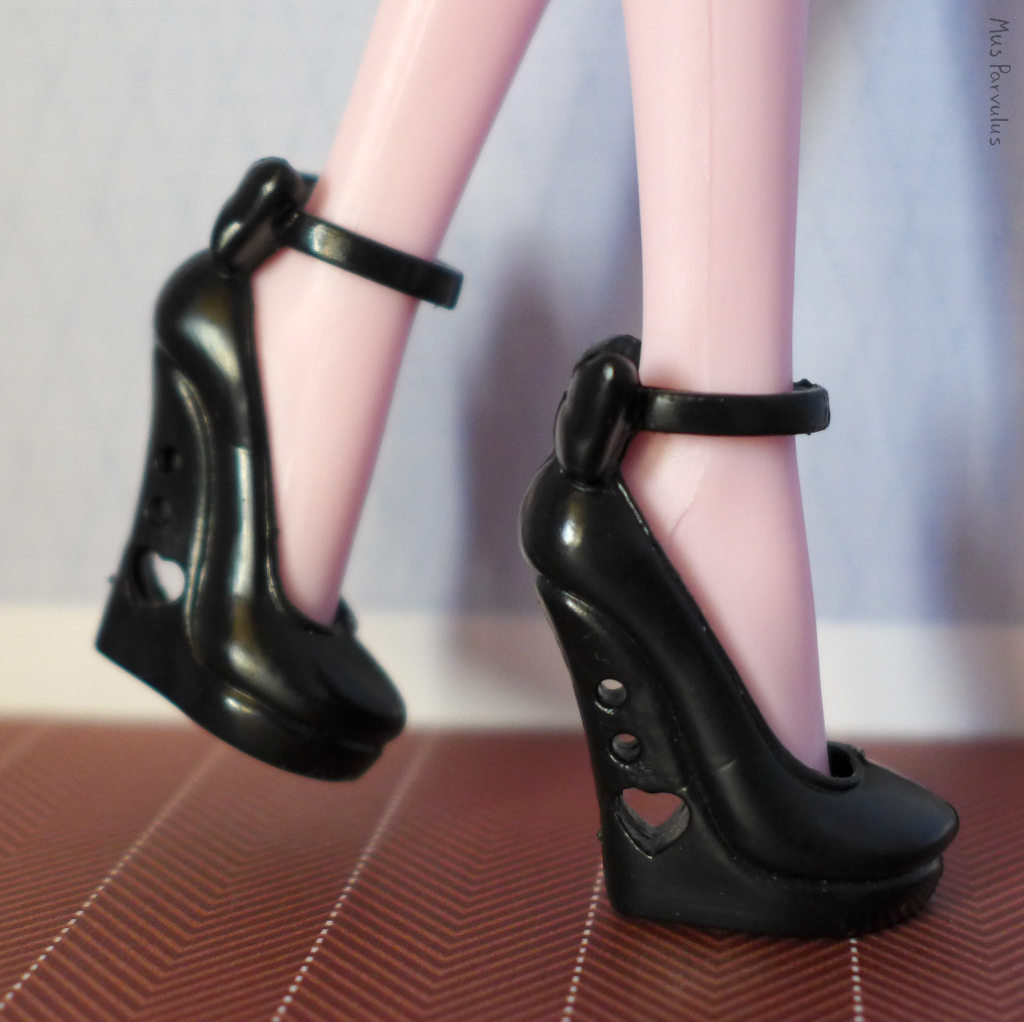 When I bought my first Ever After High doll, I immediately wanted to start sewing new clothes for her. The only obstacle was that my doll’s boots – we’re talking about Bunny Blanc – would not go with too too many outfits. After a quick online research, I learned that Monster High shoes fit EAH perfectly. Monster High… we meet again. 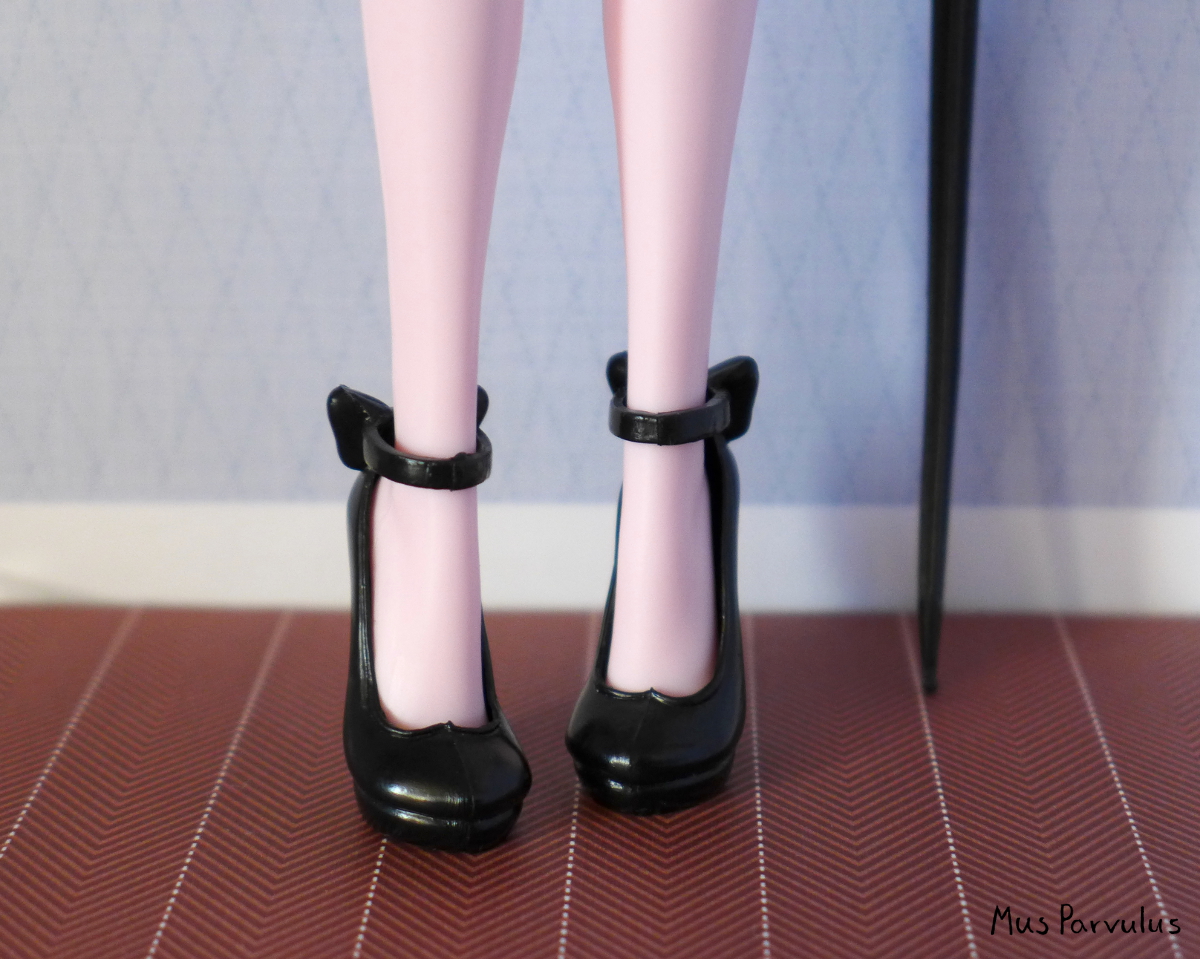 I decided to buy a used pair online. I wanted them to be versatile –  and the best and simplest shoes  were for sale in a boundle with a doll and her clothes – and all for a really good price! So, um… yeah. I brought a vampire doll home. 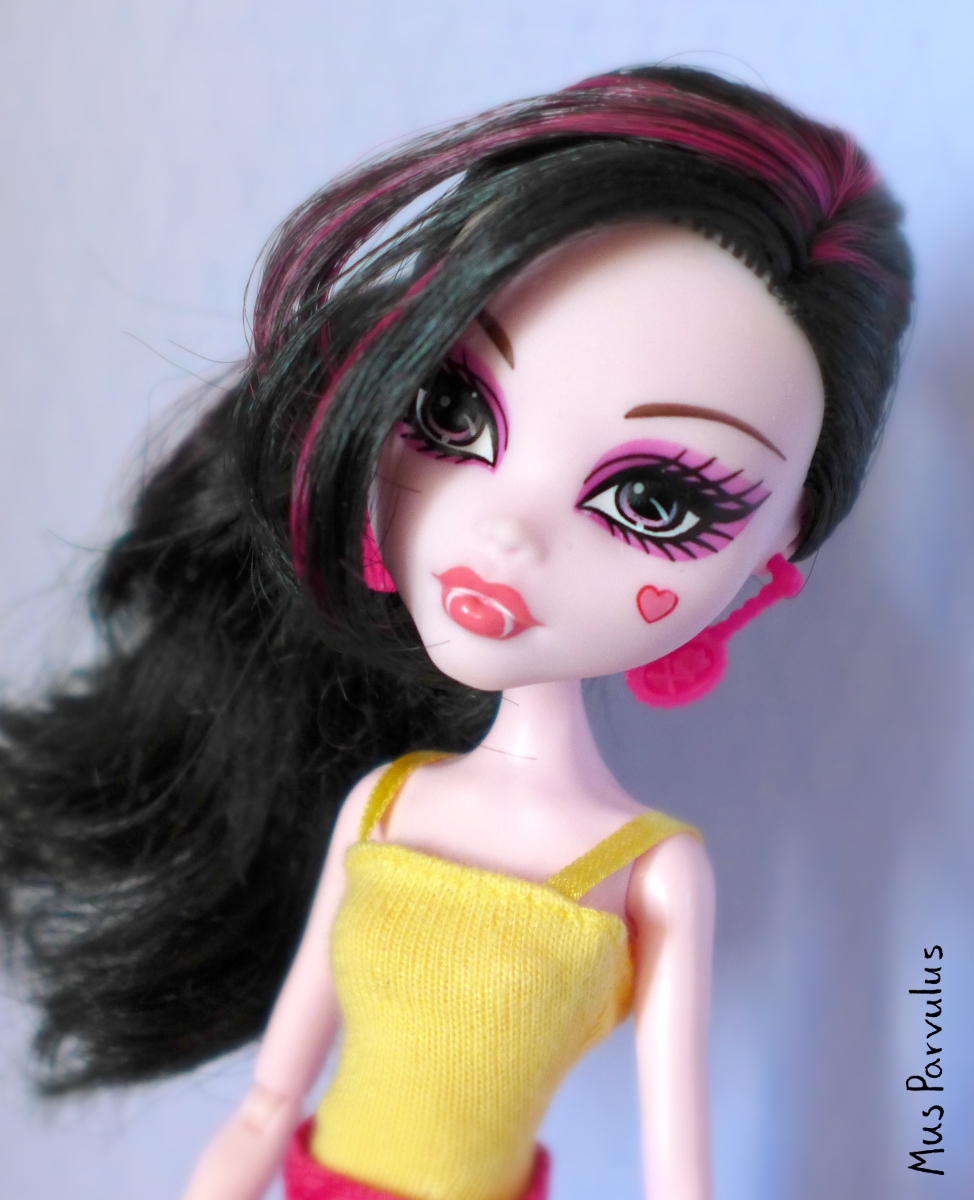 My views on Monster High haven’t exactly changed by a full 180 degrees, but there has certainly been an evolution. It has been happening due to exposure. My favourite doll YouTubers reviewed Monster High dolls along with my beloved Ever After High ones, and I started noticing that some were pleasing to the eye.

Is Monster High good or bad? It’s hard to answer this question even for my own sake, even harder to answer it for others. But here are a few things worth considering:

*I mean this figuratively. If this is your problem literally, try calling Ghost Busters Frankie Stein 🙂

For me… I suppose I will be caught in-between a little longer. Many of these dolls are just too weird for me and I don’t see myself becoming an avid Monster High collector. There are, however, a few ones which I think are cool or simply beautiful and to me feel more fantasy-inspired than monstrous, gloomy and scary. So who knows where exactly my evolution of thought will finally land. If you want to know, I guess you’ll have to stick around 🙂 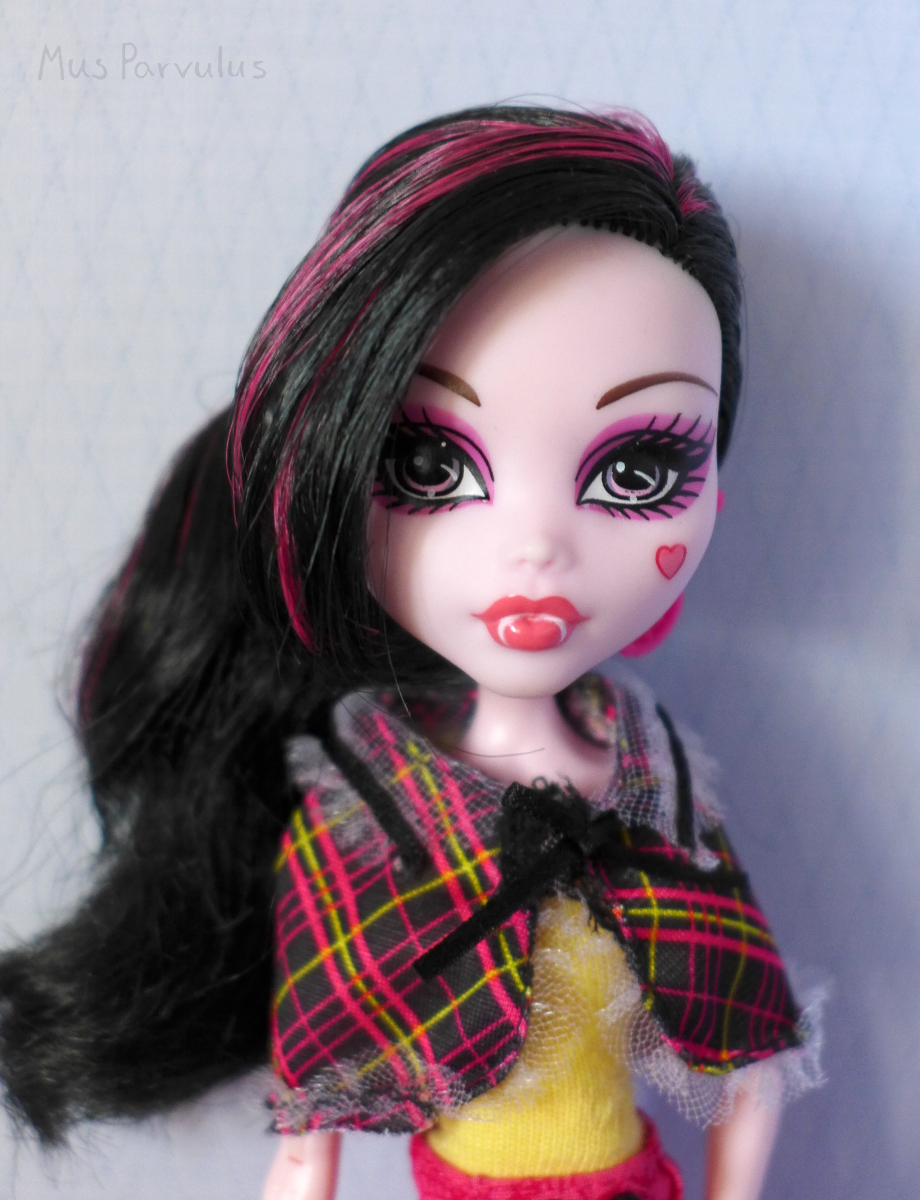 Collectors of Disney Animators’ dolls, rejoice! If you never managed to get the original, blue-dress release of Belle, now is your chance:

If you’re not  familiar with the story, Belle was first released in her adorable blue peasant dress, but the following two versions sold over a few years were dressed in yellow dresses loosely inspired by her ballgown. While I’m sure the yellow dresses have their fans, it was the original that stole my heart, and apparently those of many other DAC fans. To the best of my knowledge, Bluebelle, as I like to call her, was one of the priciest Animators’ dolls on the aftermarket, second only to version 0 Rapunzel with tinsel hair.

Judging by the promo photo and the customers’ comments, it appears to be nearly identical to the first wave doll – I have noticed that the new one does not have the lace trim on her socks, but that’s all the differences that I have spotted.

The Disney Store seems to normally make each wave of a doll discernibly different than the previous ones, so this comes to me as a surprise. I can only guess that this is to celebrate the upcoming release of the new Beauty and the Beast film.

So, if you’ve always dreamed of your own (reasonably priced) Belle as seen wandering through her little town full of little people, now is your chance  🙂