When I was buying my Disney Animator’s Rapunzel, the original one – dressed in a lavender nightgown – was no longer available. Nobody could know that a similar release would become available later… Nonetheless, one time I stumbled into the 2010 outfit and was overjoyed. 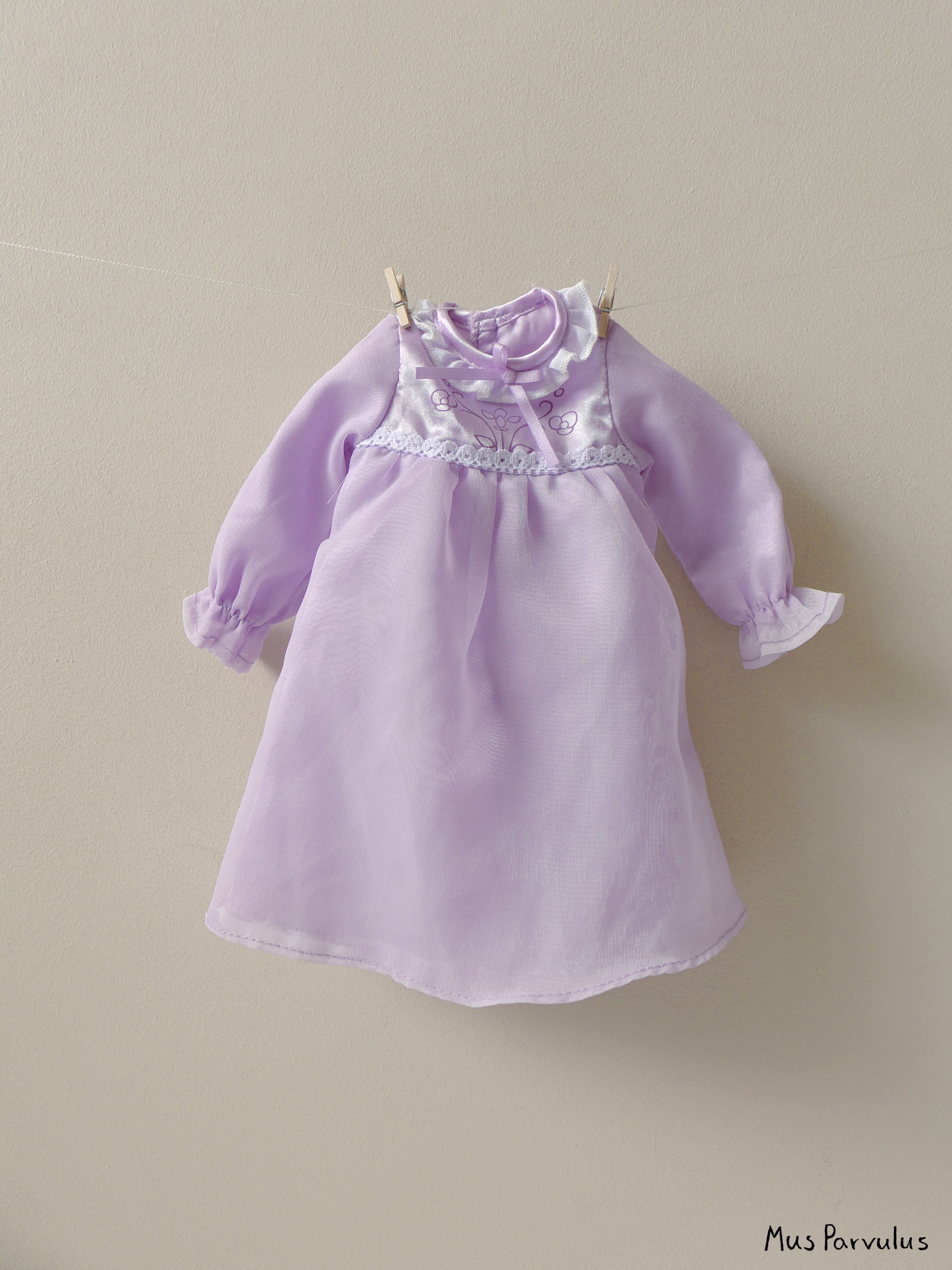 Now, that would have been about three years ago. Even though I did start taking photos right away, I ended up not liking them and unable to fix them. I had just bought a new camera and not only was I still learning to use it, to this day, it doesn’t handle indoor photos gracefully.

By now, at least my editing skills have improved… a little. I still think the colours are funny, but I’ve decided to give these photos a second chance. 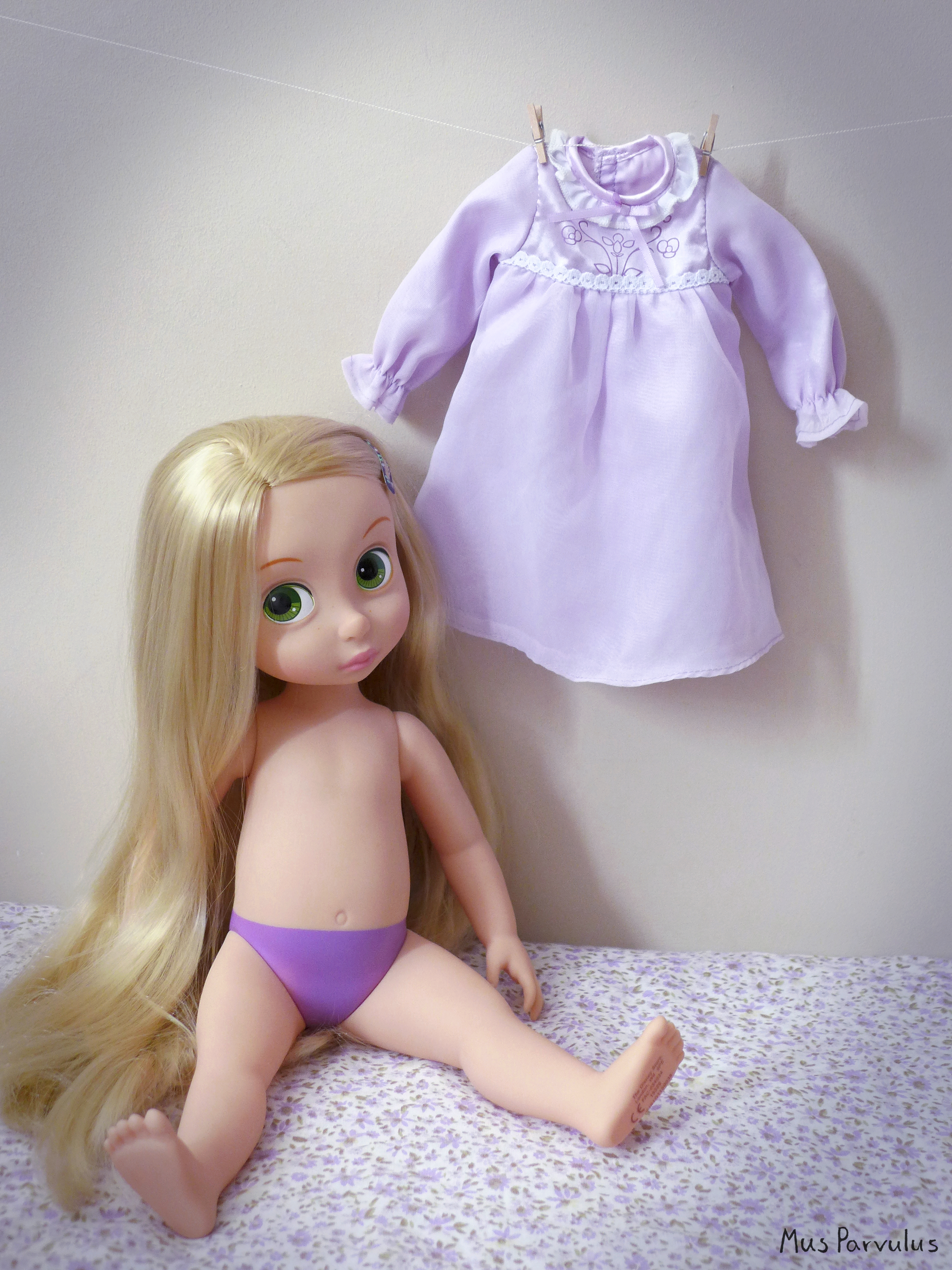 This nightgown is indeed lovely – and movie accurate! I am not a huge fan of ball gowns on toddler dolls, but I imagine that these are the really iconic ones that appeal to many audiences – especially young fans. 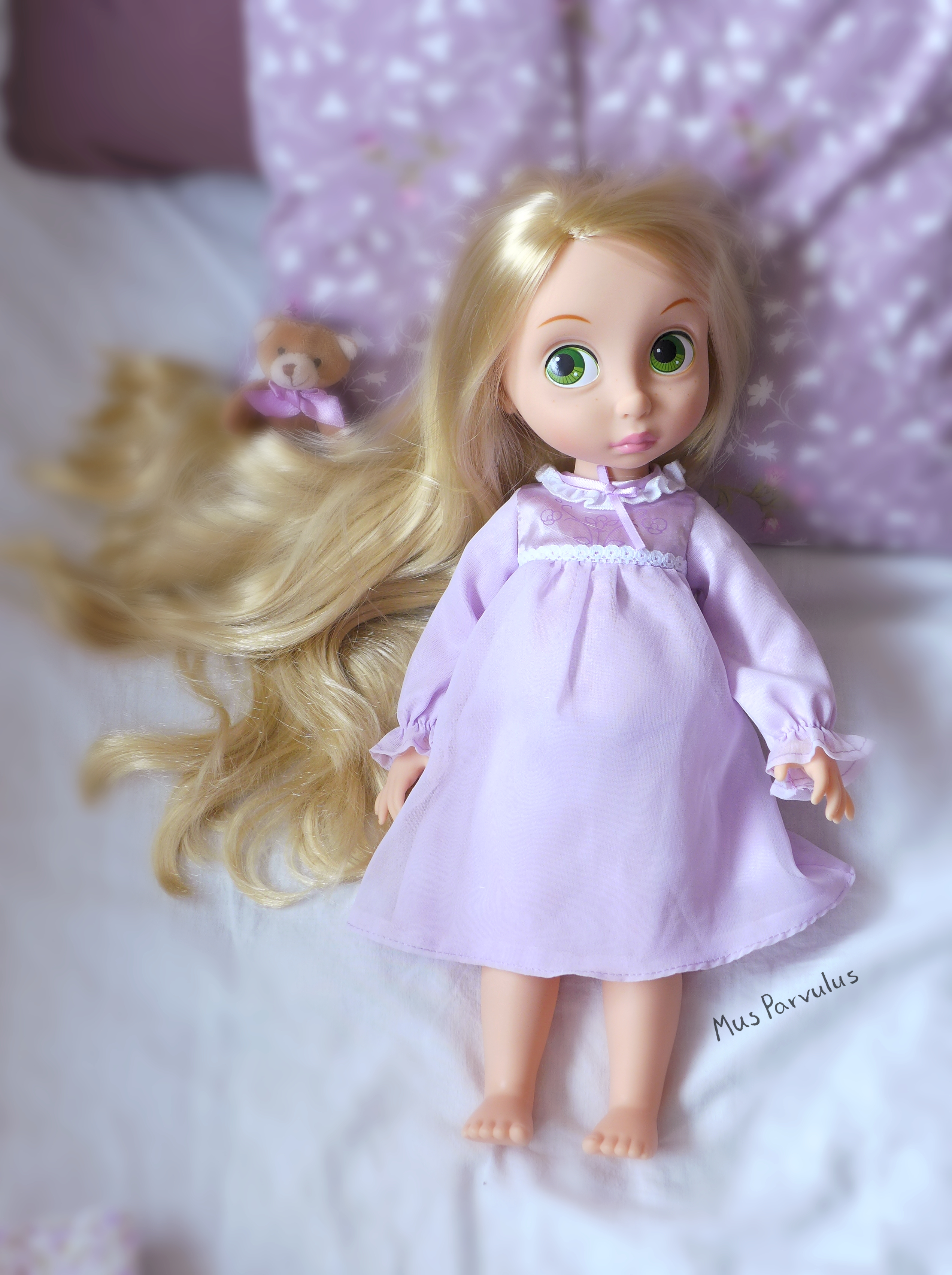 Rapunzel got a a little teddy bear friend. It was a freebie that came with a package of tea. Random for sure, but just right for the dolls 🙂 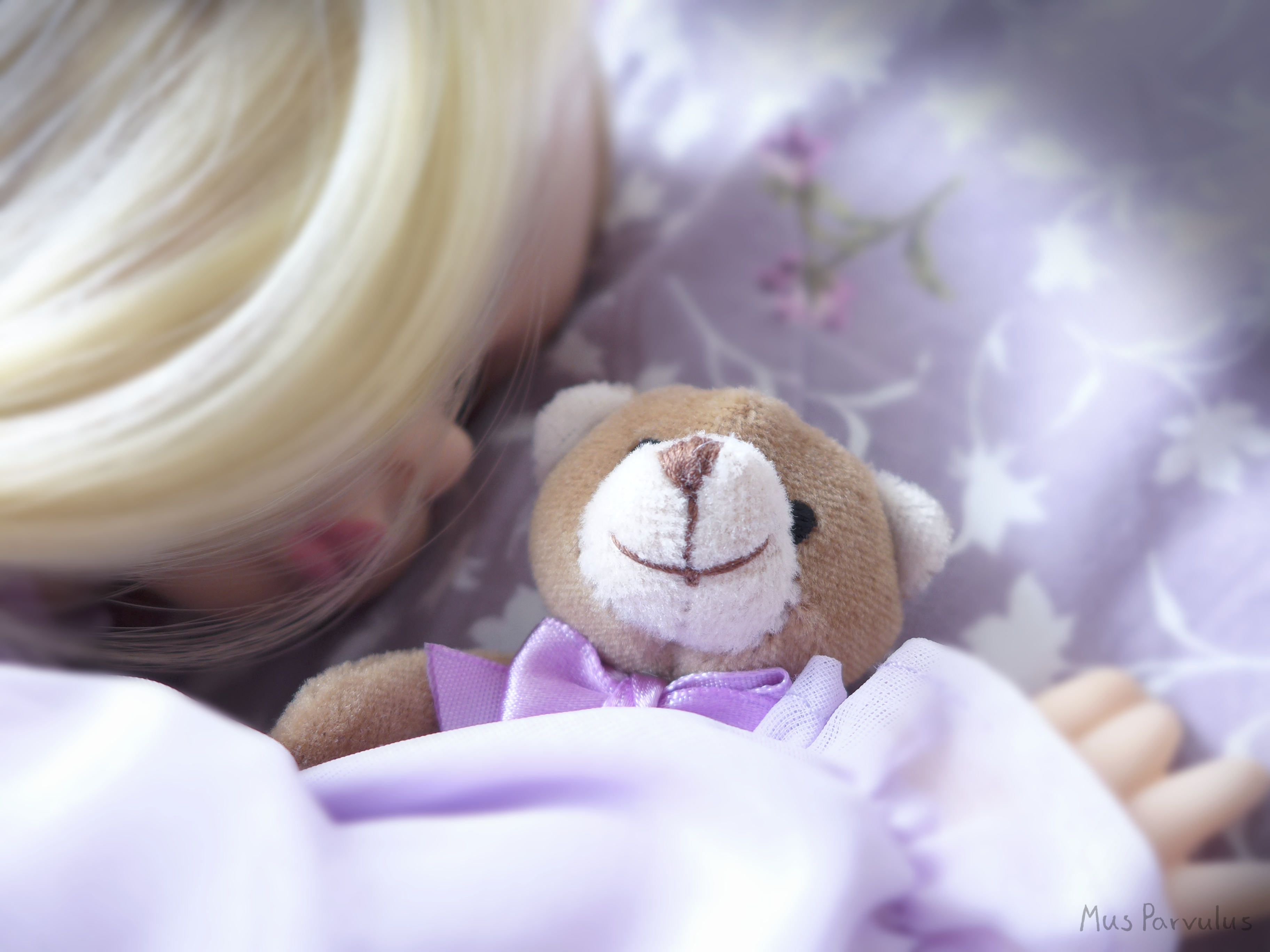 I could never bring myself to retake these photos, because once you have already applied yourself to the subject, it doesn’t feel creative or exciting to go back to it anymore. I will be thrilled if the inspiration comes again and I can improve upon what I had done. Until then, here is a flashback to my 2016. 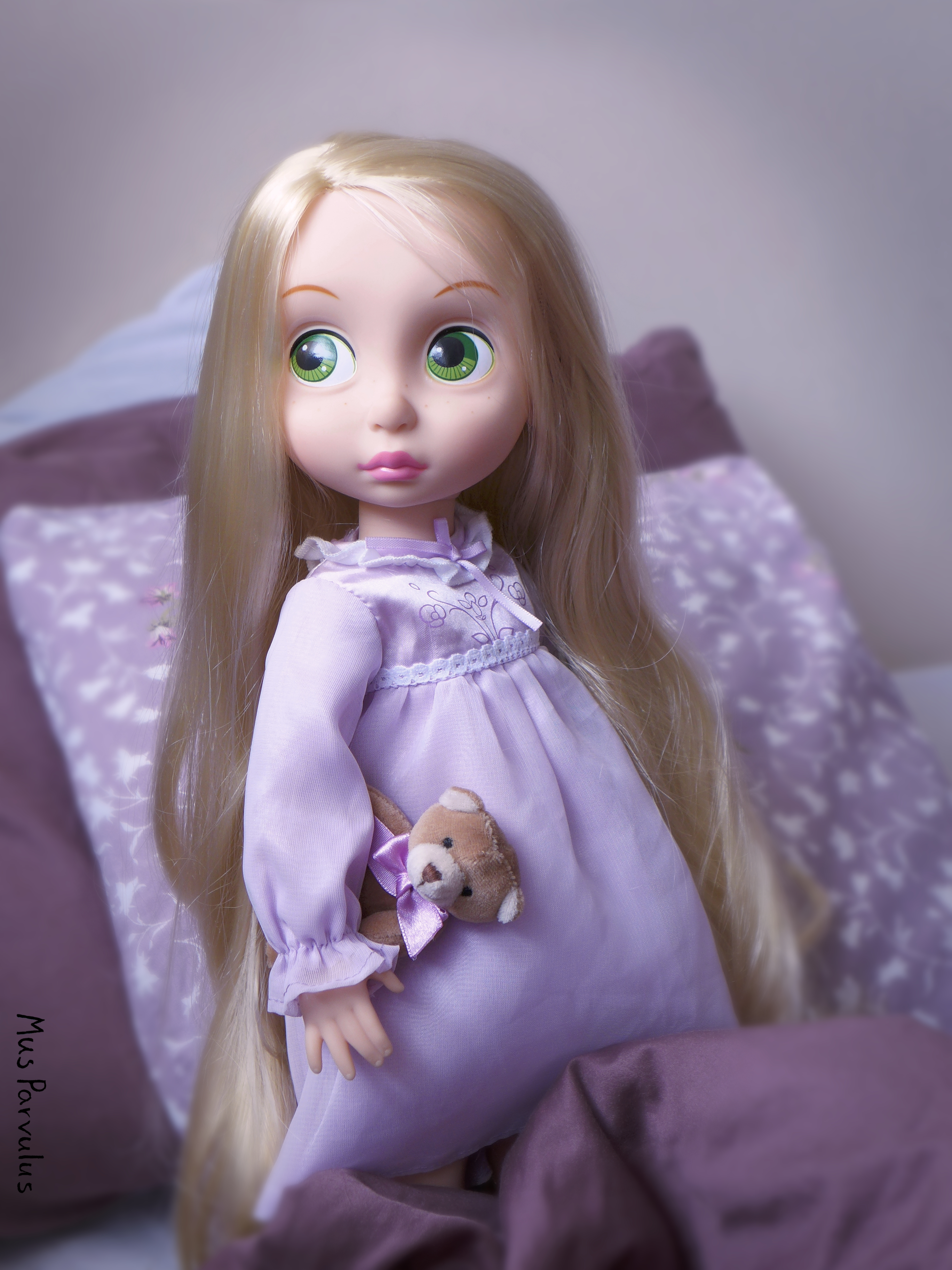 In more up-to-date news, I have been redecorating a Barbie dollhouse, but it sure taking time… I certainly would like to share more about it when it’s ready 🙂