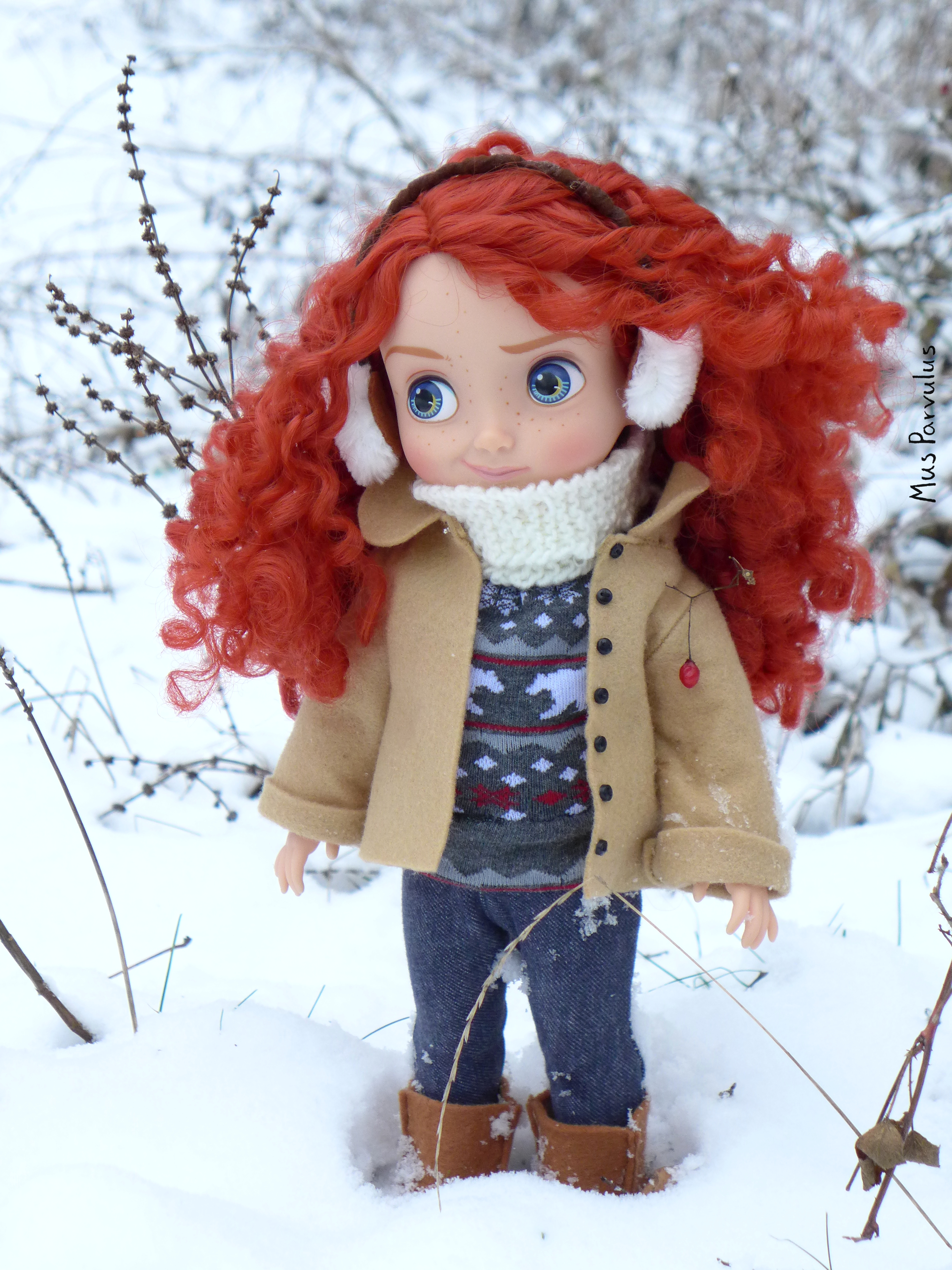 Some of my friends have said to me that they are already looking forward to spring. But not me! Especially not now that we have finally been blessed with some snow ^^

As I mentioned in my previous post, it was already over a year ago that I prepared this winter outfit for little Merida. Unfortunately, last winter I stayed home for a whole month with pharyngitis and I missed all the nice snow that there was to be enjoyed that year. I’m happy to say that this winter I’ve stayed pretty healthy and I was ready to jump into action the moment it was white outside 🙂 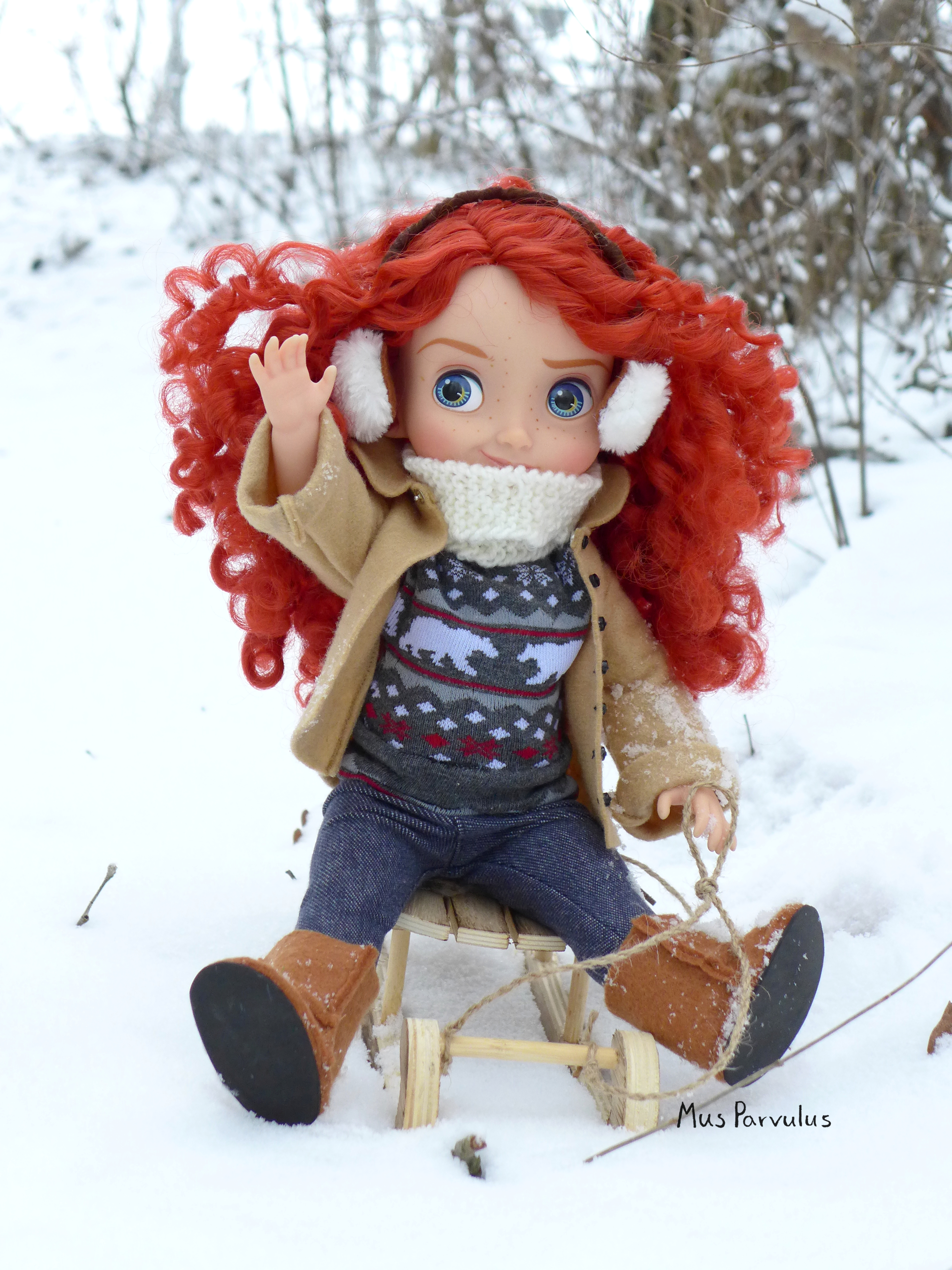 The outfit was loosely inspired by Nordic winter clothes (I know this doesn’t really fit Merida’s origins as shown in the film, but she rocks it anyway) 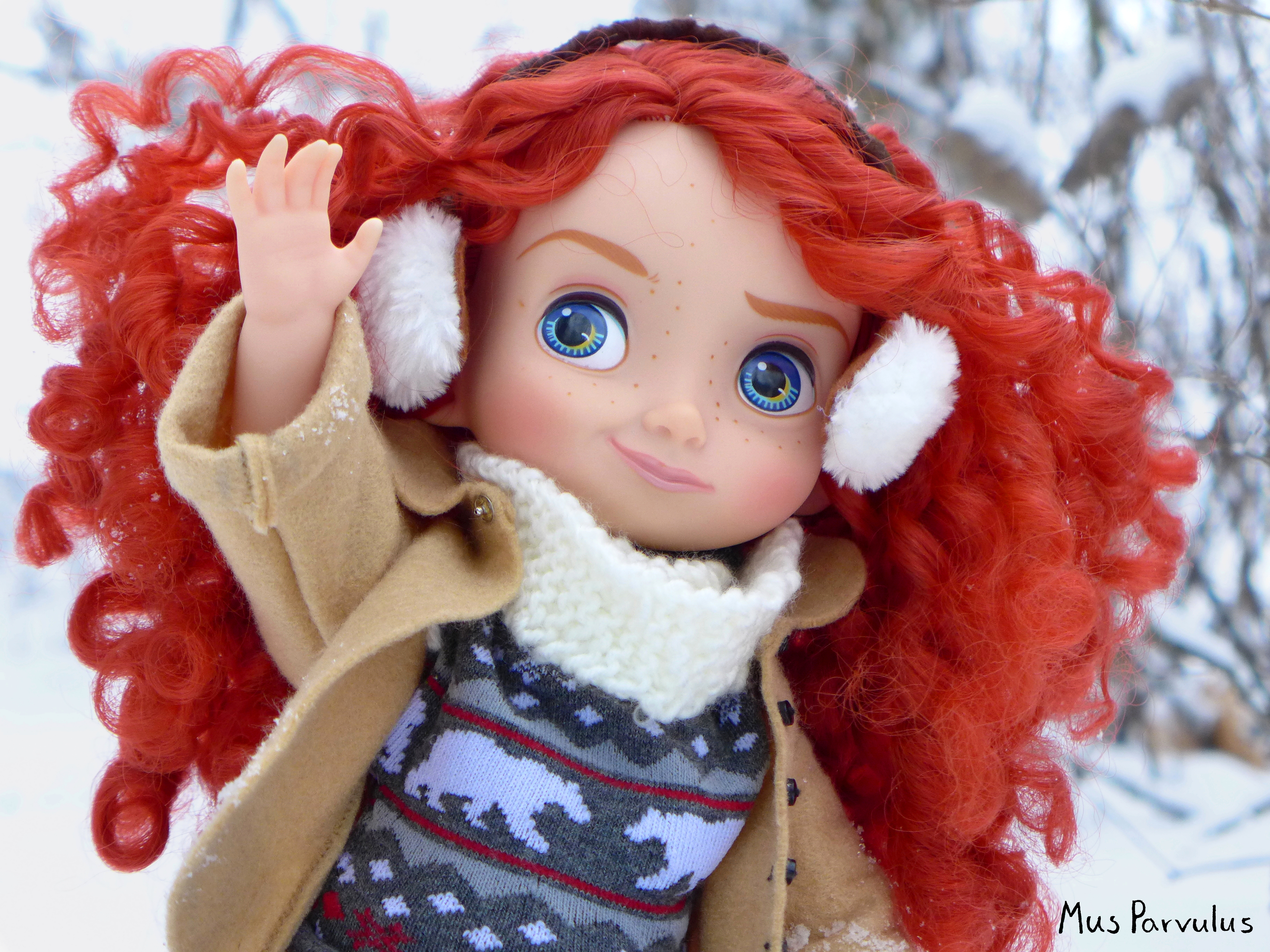 The rest of the clothes was recused from previous projects.

I was quite lucky to find the little sled in a home decor section. It is perhaps slightly on the small side, but not by much. Luckily, decorative sleds in different sizes seems to be popular these days. The furry seat was already there. I only added the rope to pull the sled. 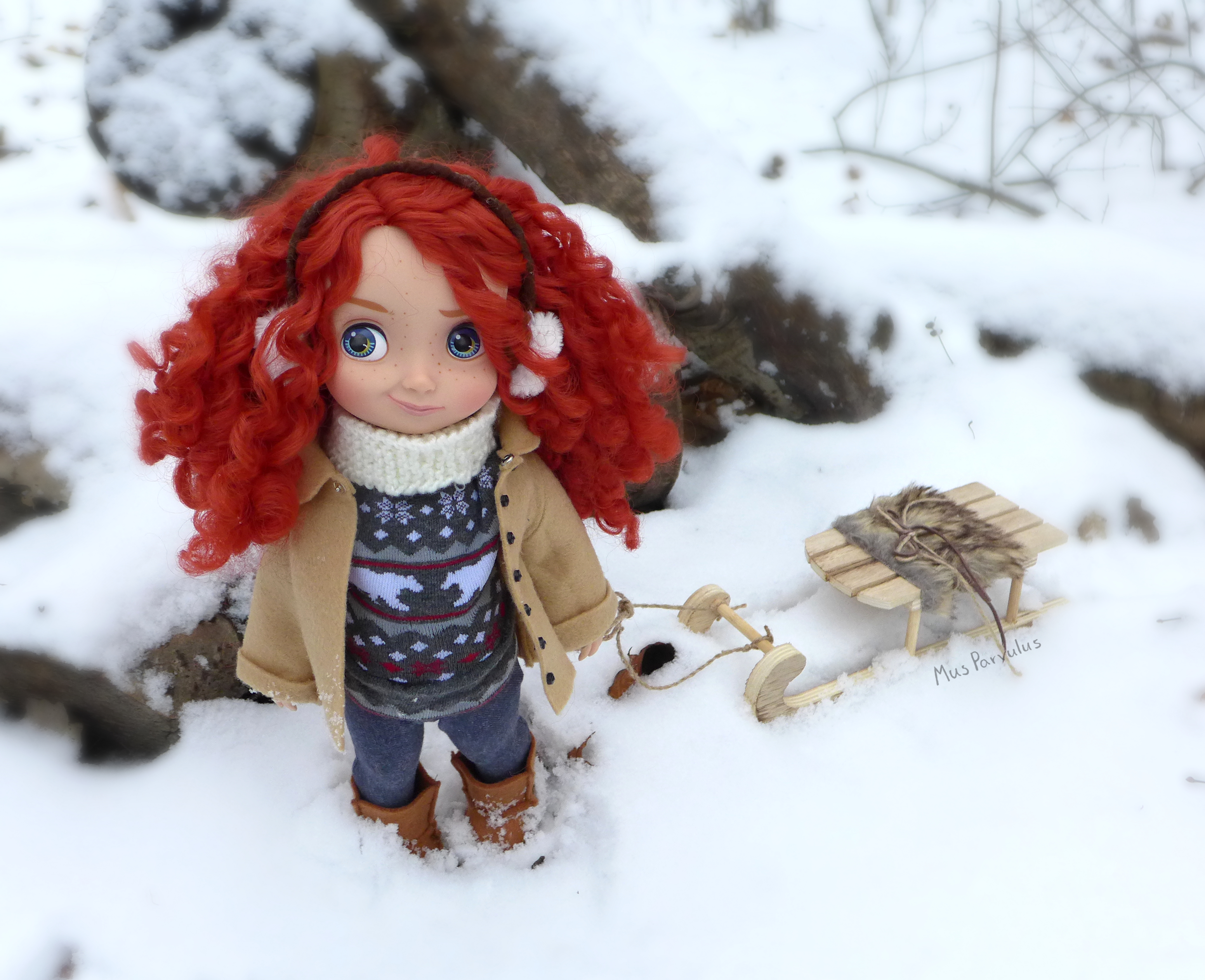 This is my first post about an Animators’ doll in quite a long time. These dolls were the reason I decided to take up doll collecting again in adulthood, but at a certain moment did not inspire me the way they used to. Sometimes I’ve felt bad about it but, in the end, dolls supposed to be fun, you can’t force yourself to enjoy something. I believe you just have to let the excitement return to you naturally when it wants to. 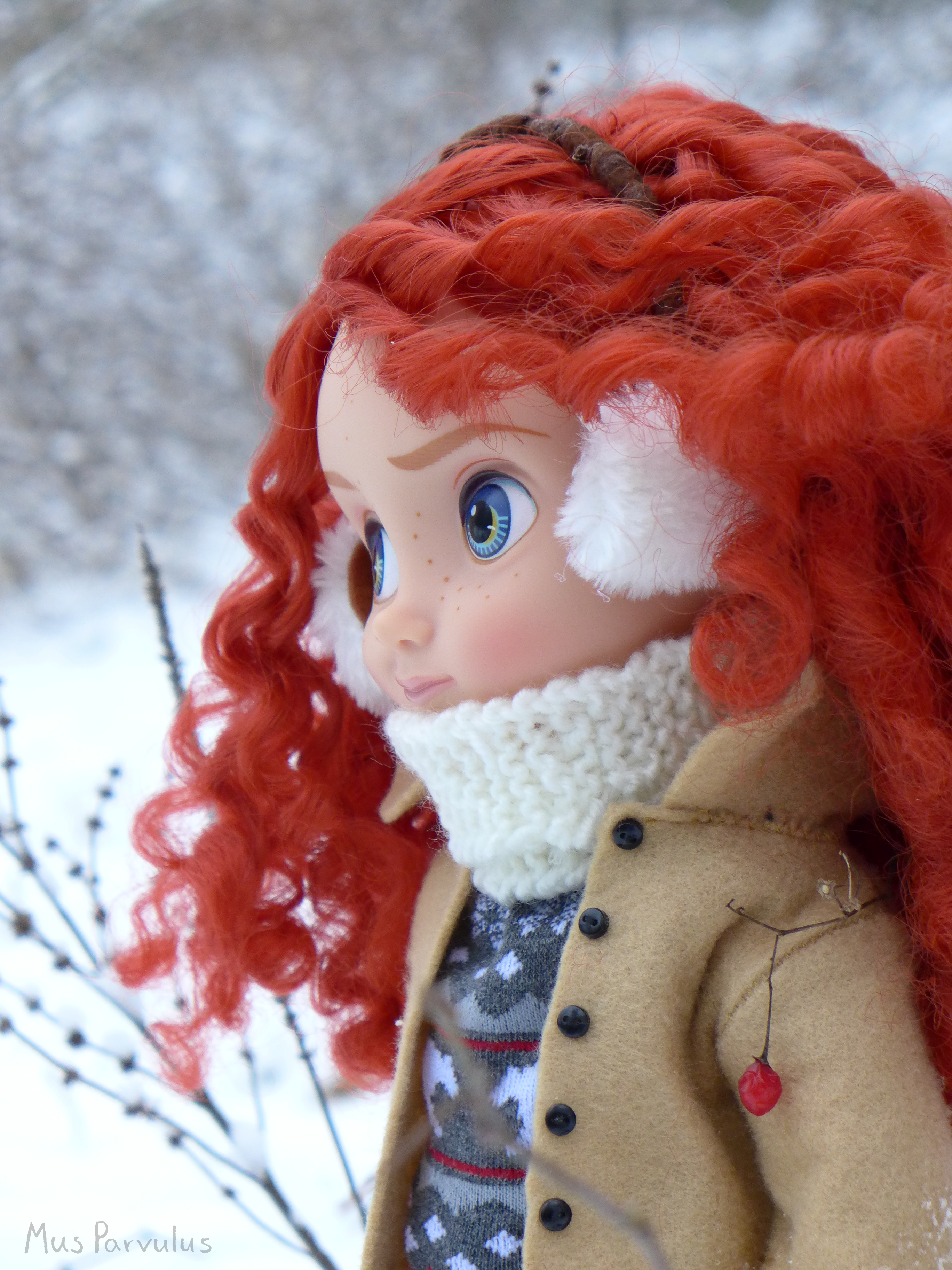 …and sure enough, I had a blast with Merida that day 🙂 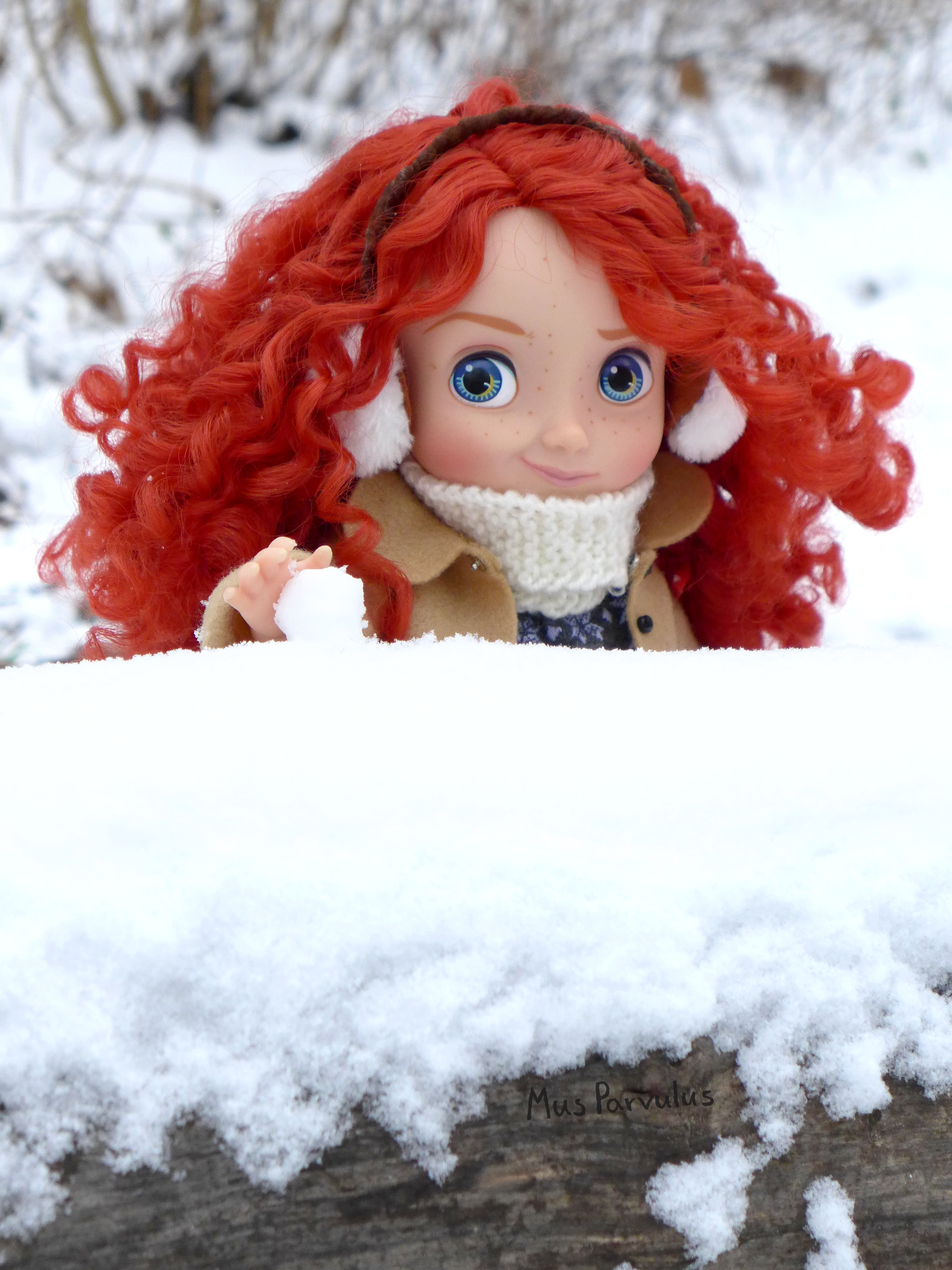 After that, there was coffee with cinnamon, and then another walk in the snow! (this time with a human companion)

I’m happy to say that my winter adventures may not be over yet, as I’m going skiing in a couple of days. Naturally, a doll will be coming along and I’ll be sure to share the photos 🙂