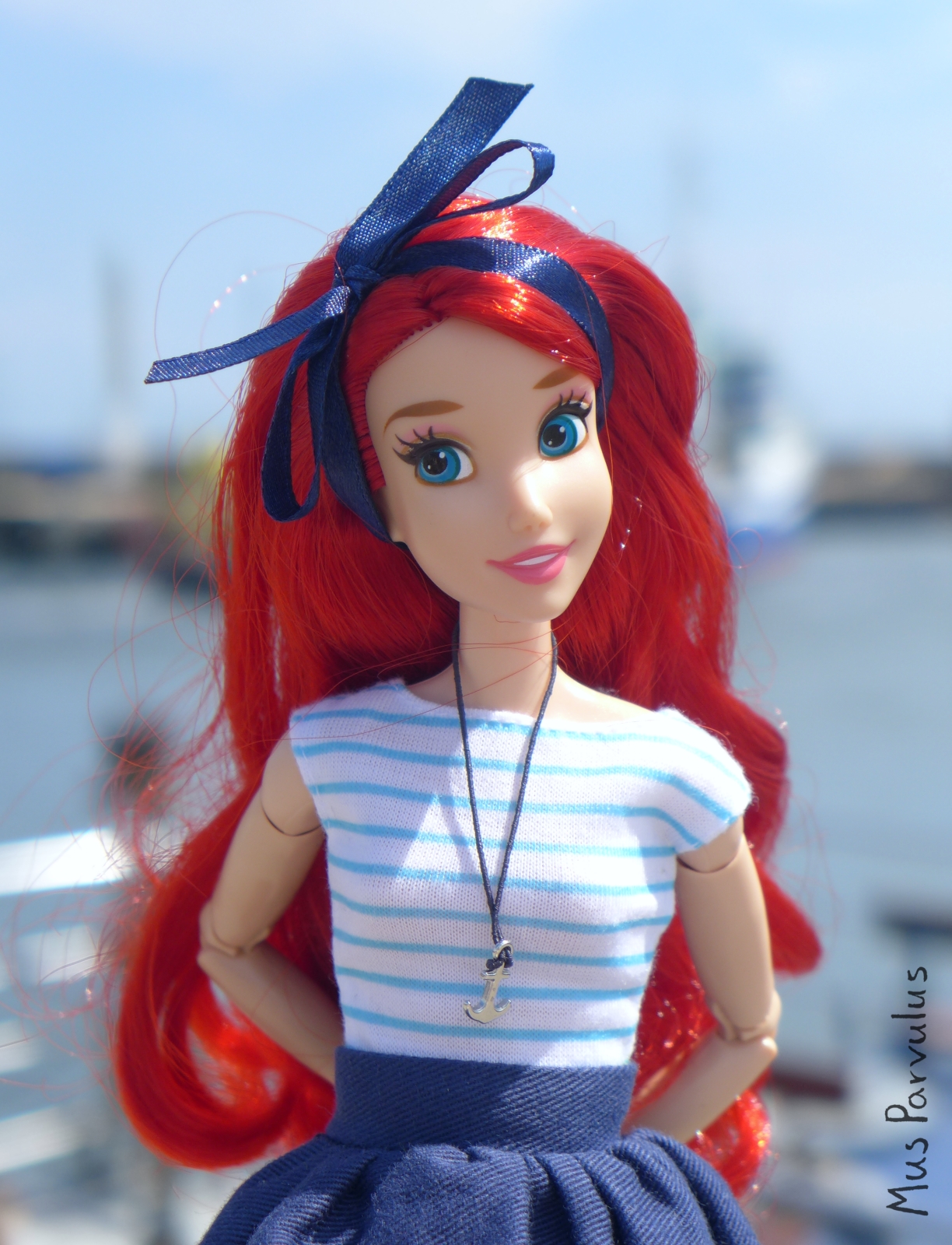 Ahoy there! Today I’d like to share my favourite photos of this summer so far, depicting Ariel’s visit to the port 🙂 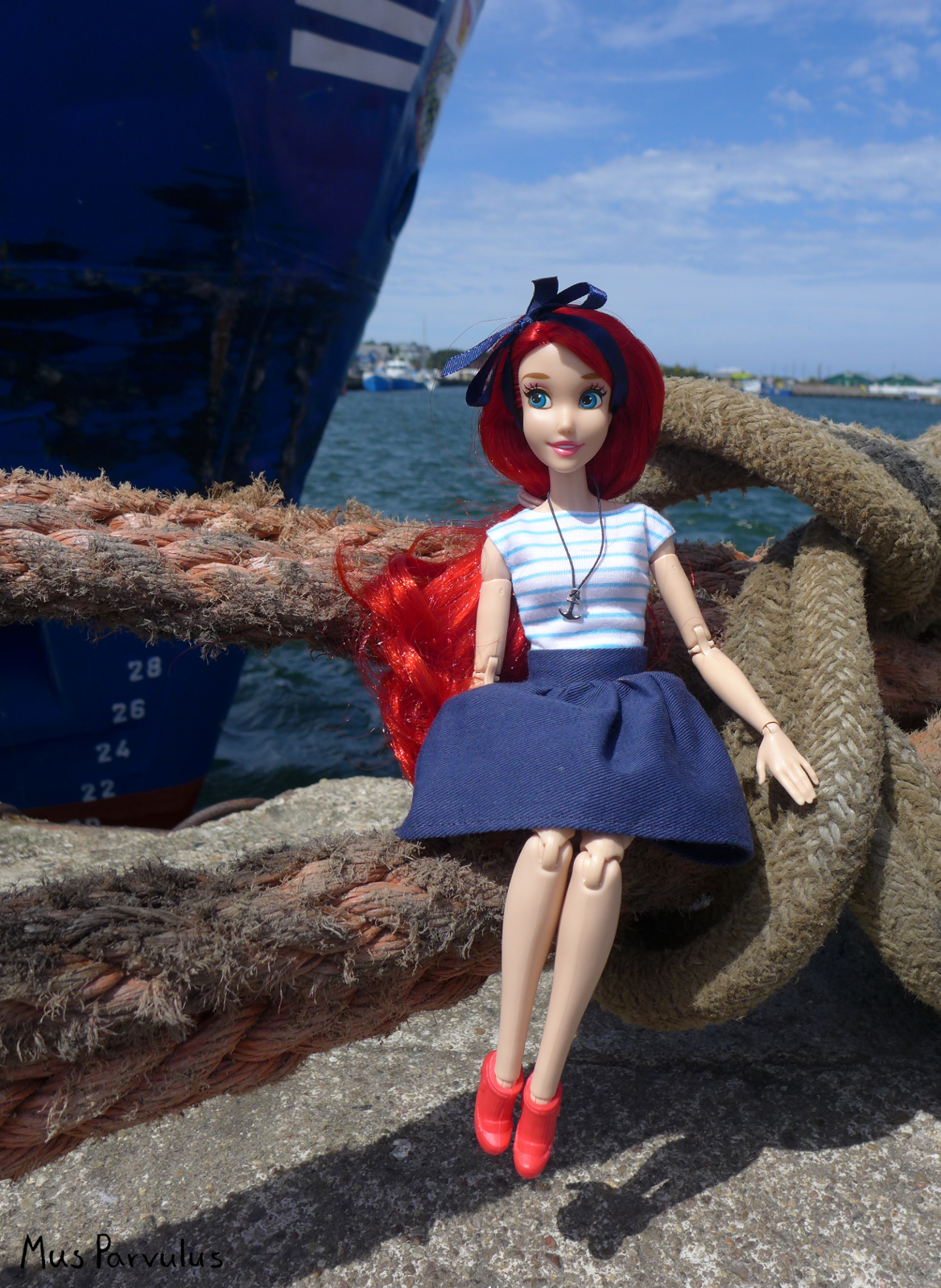 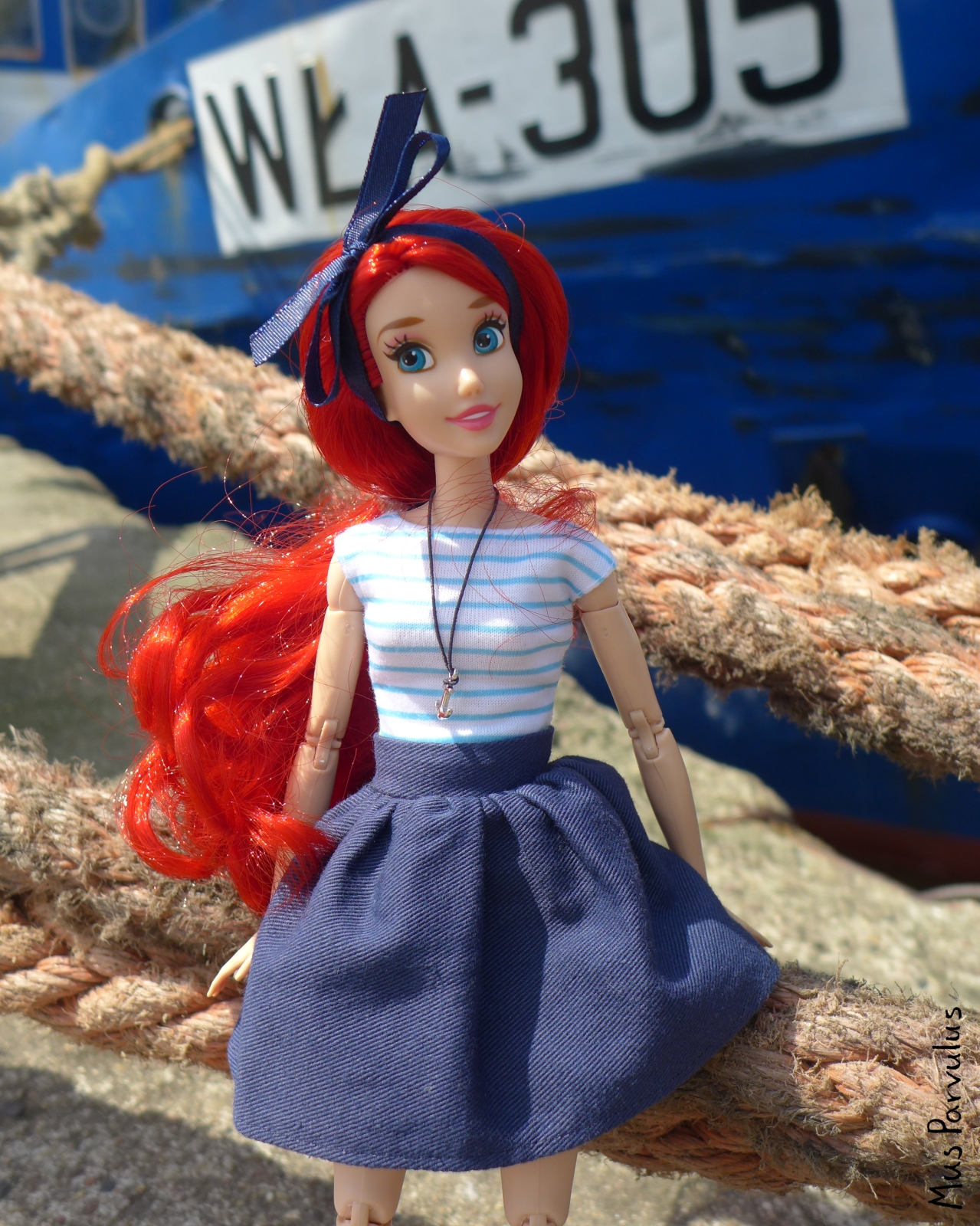 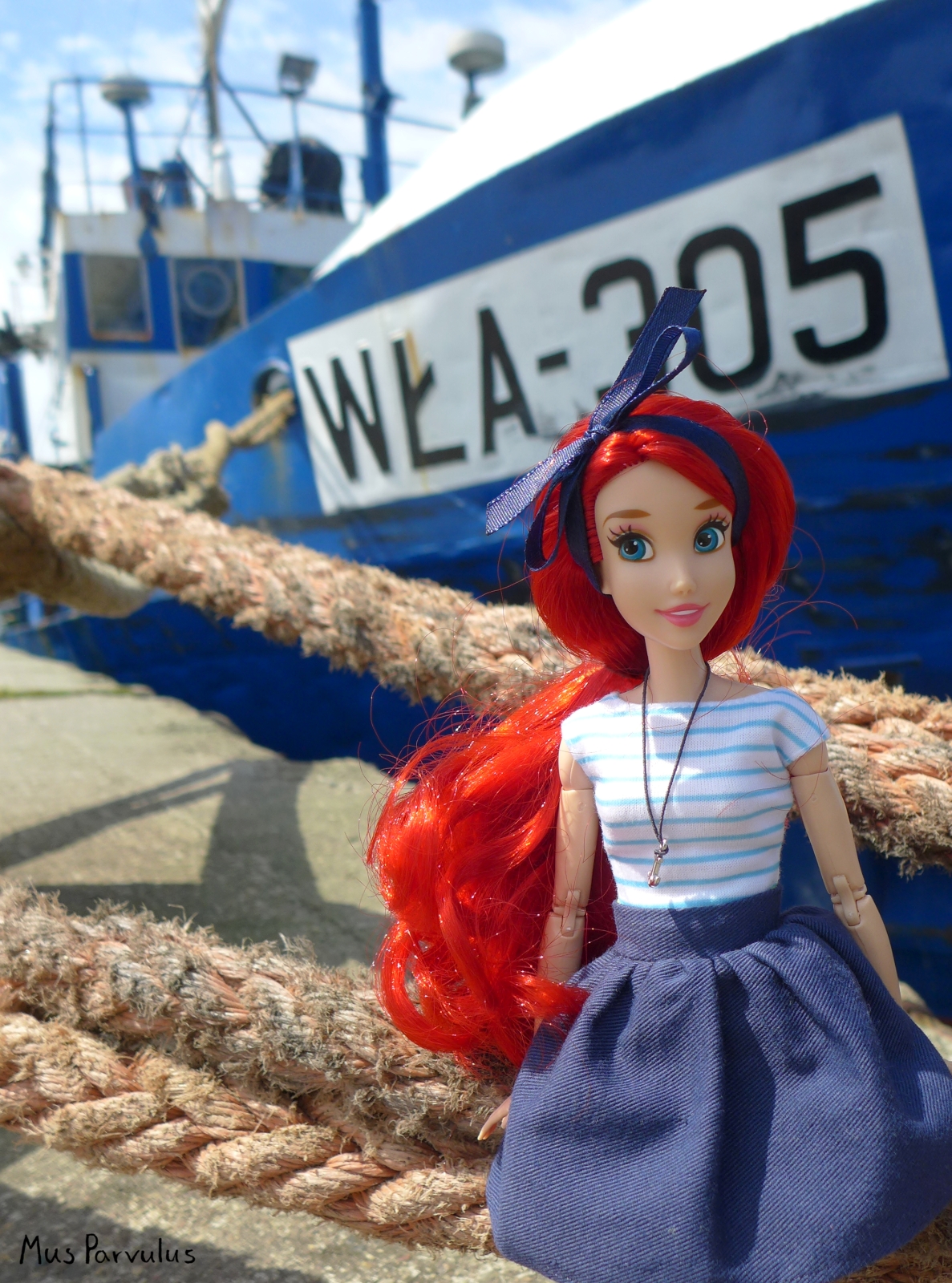 I spent this summer in a small town with a small port, but I took the train just to go to a bigger port in the area. I’m glad I did – this port had a great feel to it. Big cutters, lots of them in blues and reds with white details, very much nautical style. 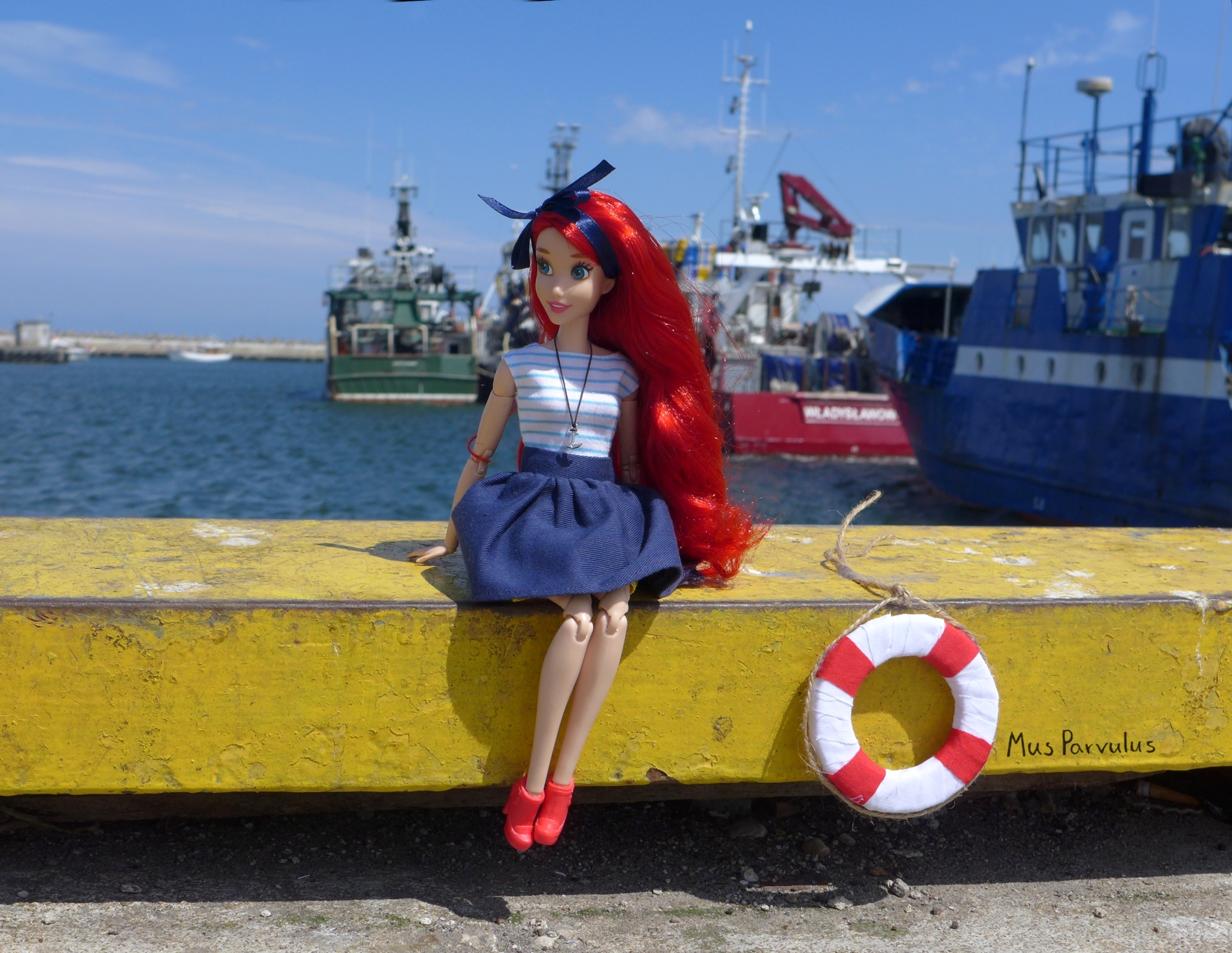 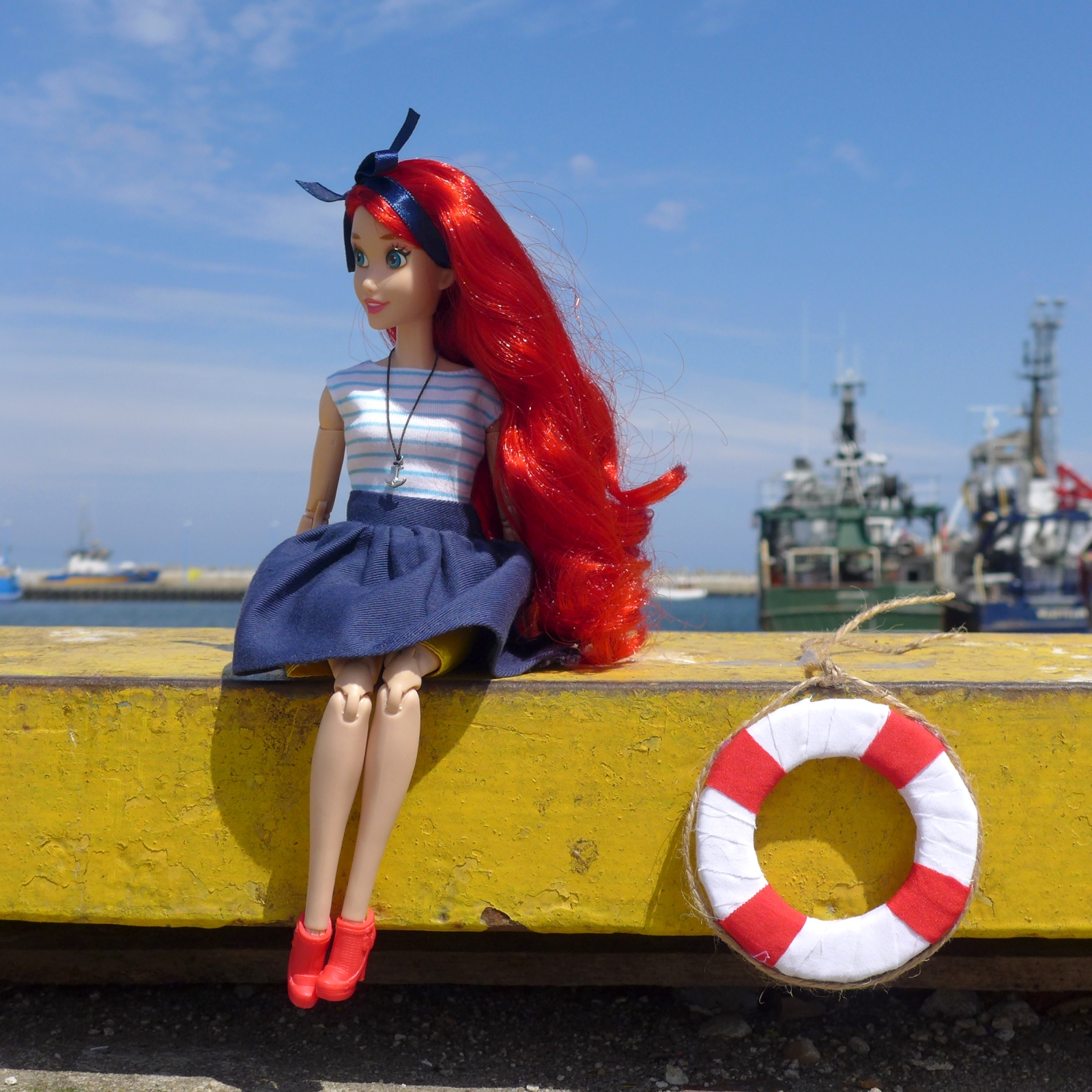 Only the smell of fish wasn’t so great 😀 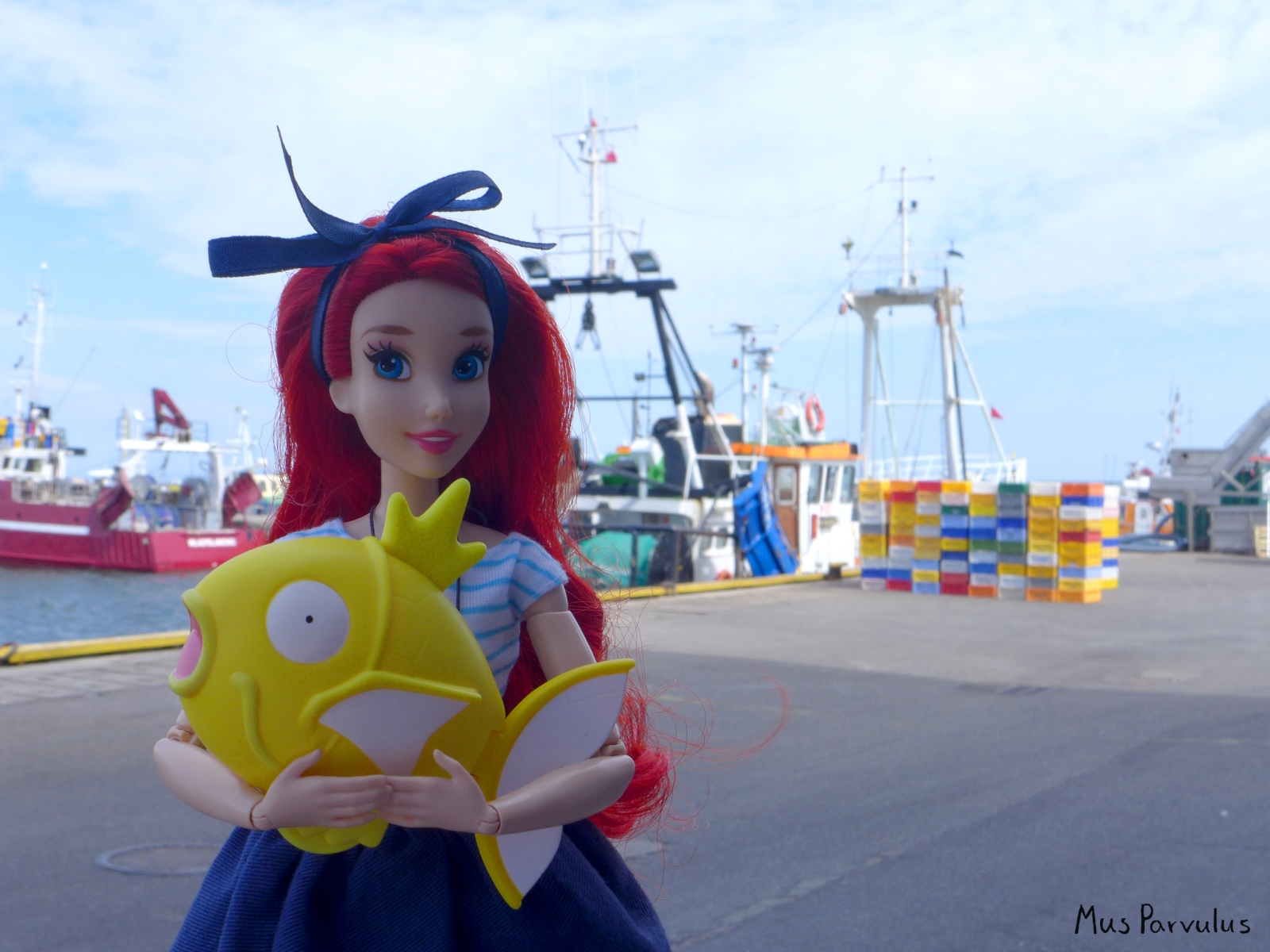 Speaking of nautical, Ariel was made to rock it. Not only because of her mermaid background, but also because this colour scheme works great with her hair. 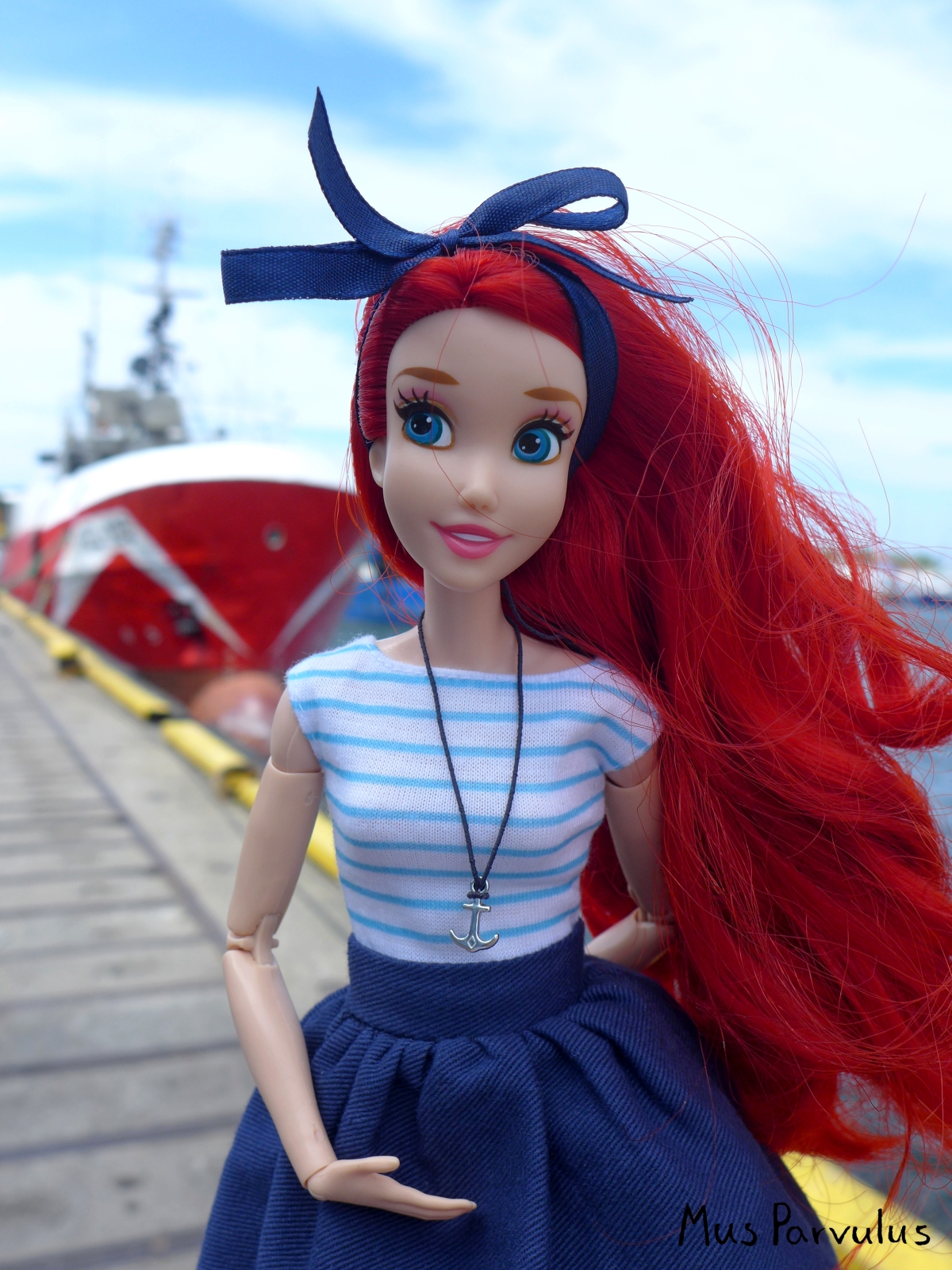 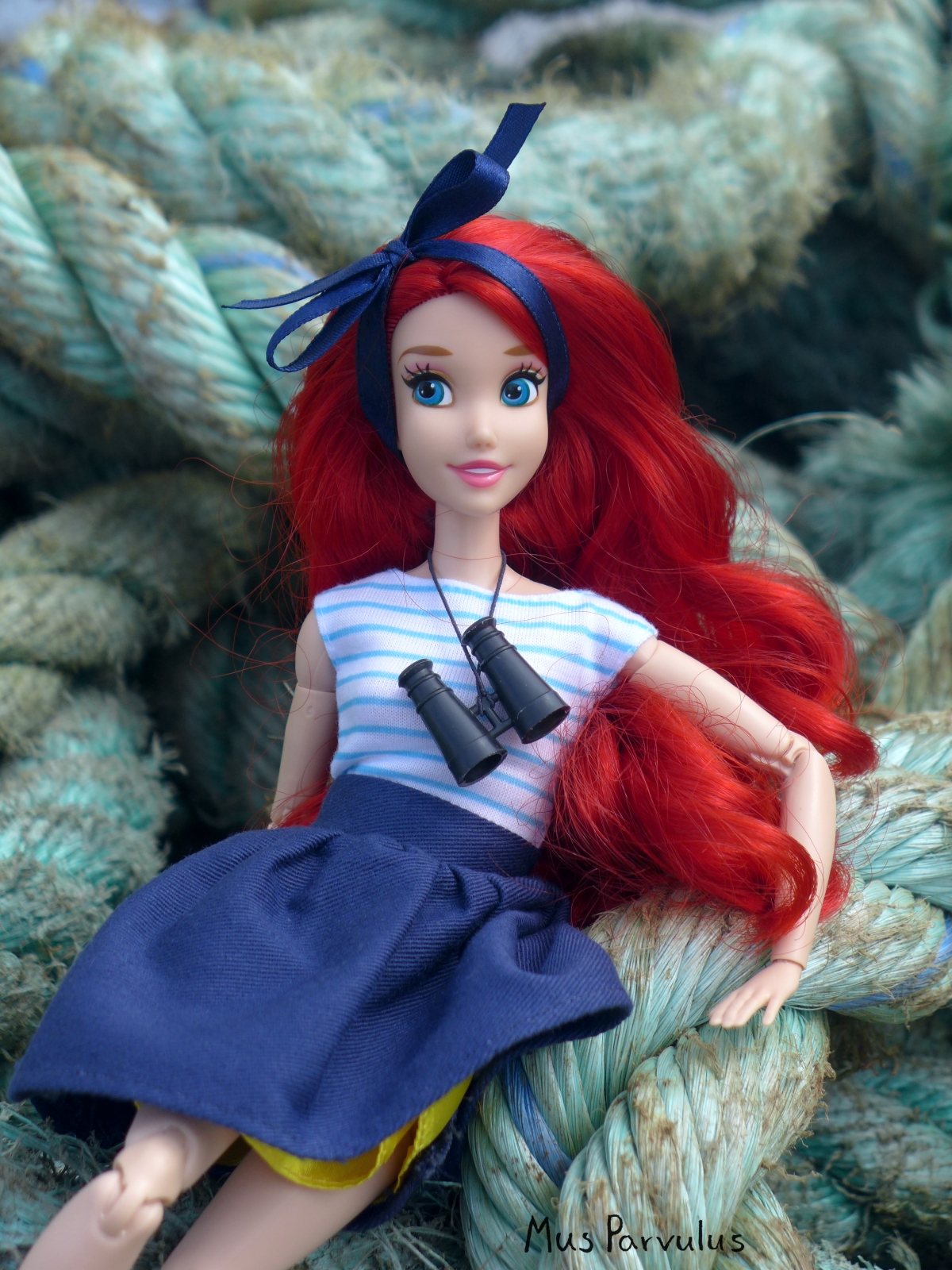 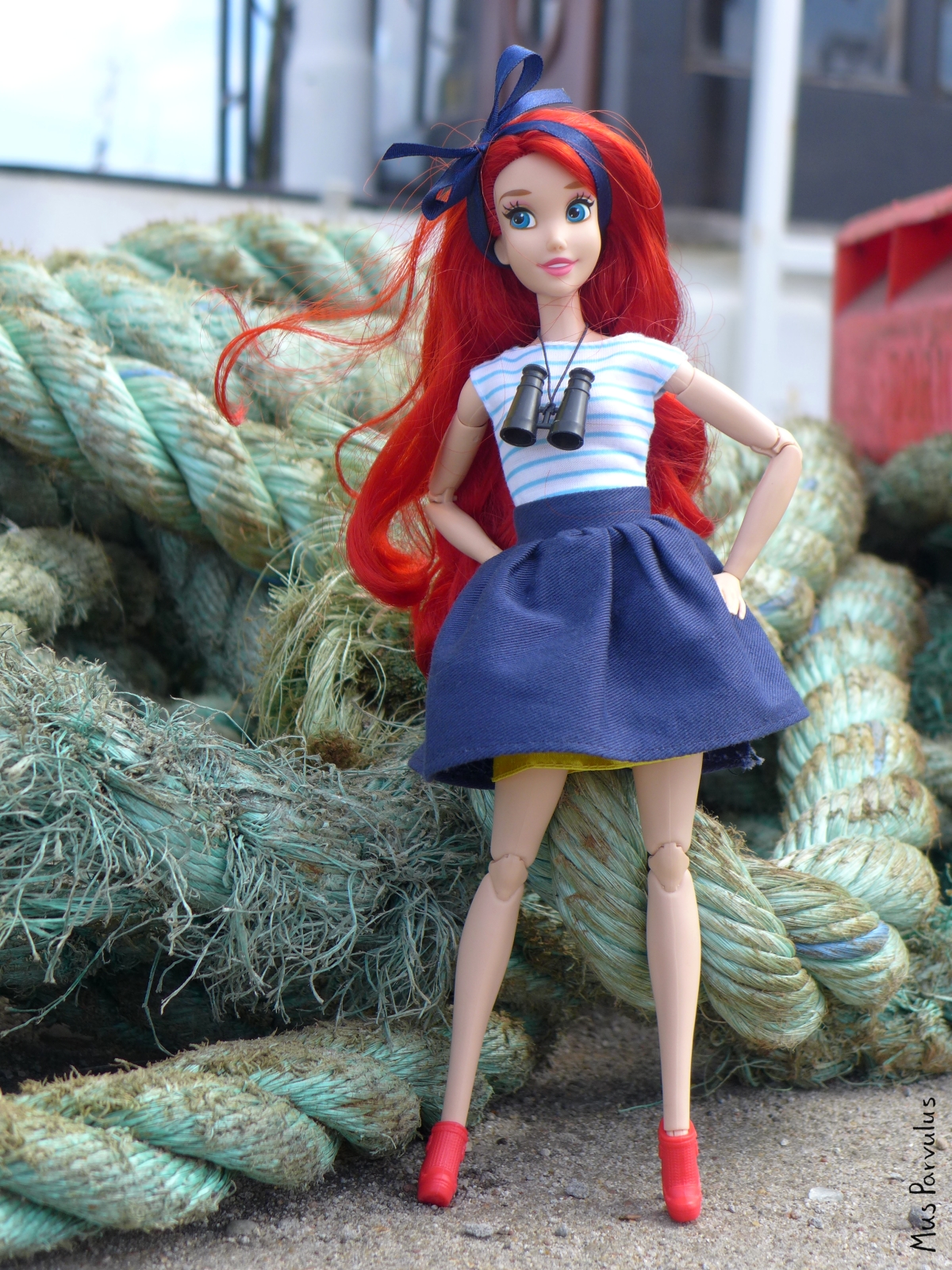 The outfit is a simple gathered skirt I made worn over a Barbie dress, the same one as featured in this post. Its striped top was just right, plus I really like to avoid sewing shirts when I can. The shoes come from an accessory pack (more info here).

I like to think this outfit has a retro feel to it as well. 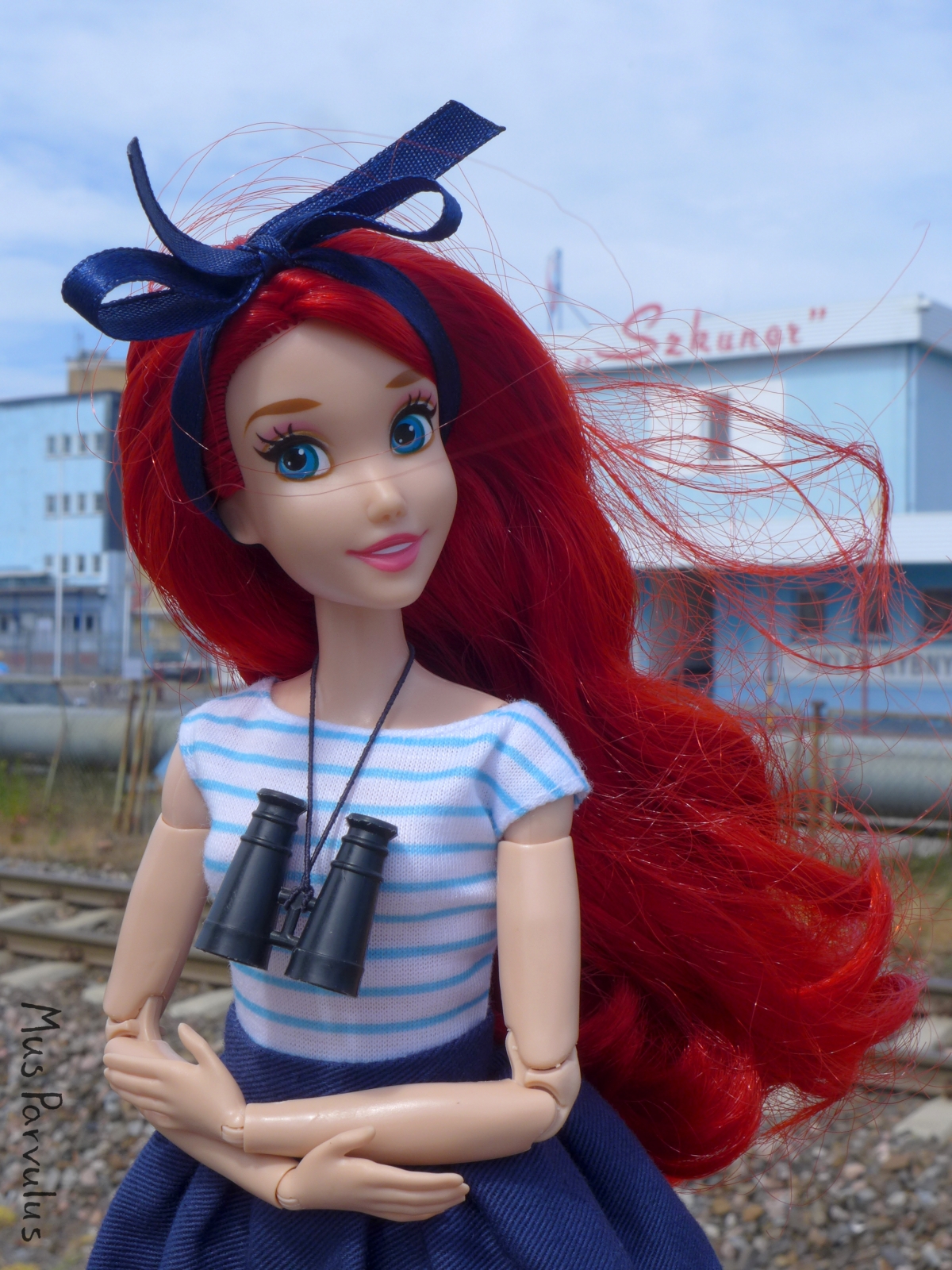 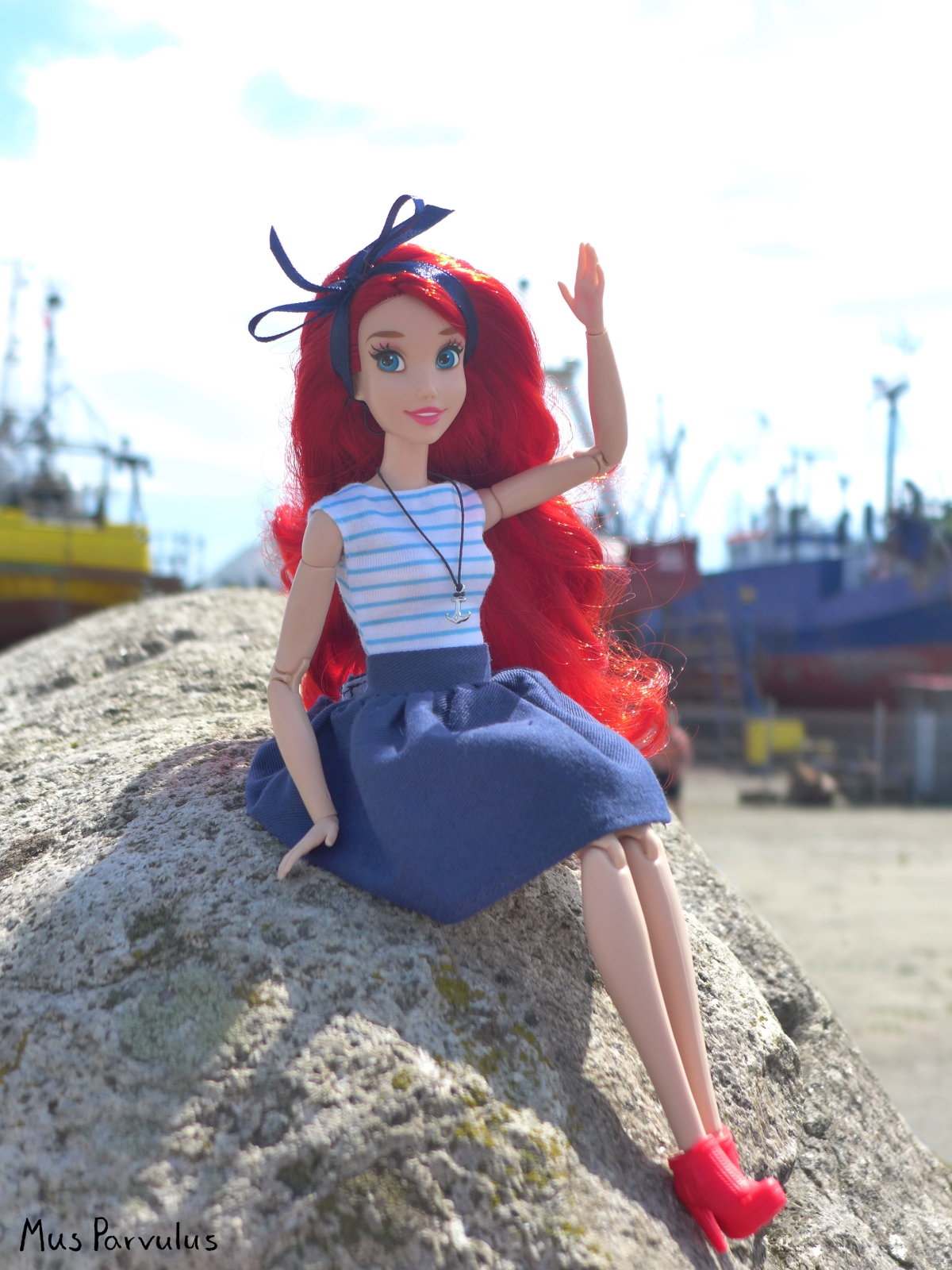 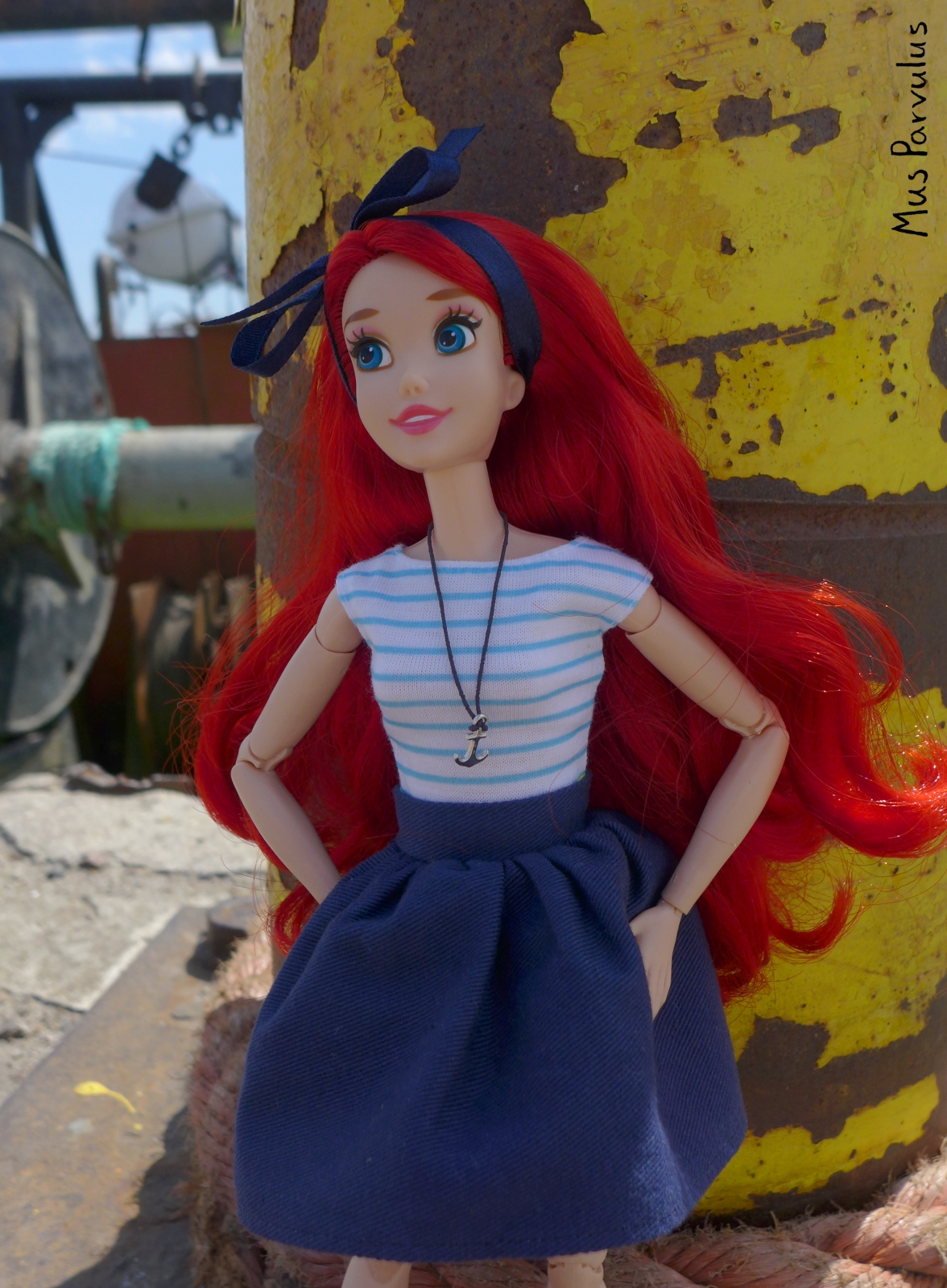 It was another windy day and I was afraid to let go of the doll for longer then a couple of seconds – we’re talking about the kind of wind that could have easily knocked the doll off the dock into the water, beyond my reach. Thankfully, nothing of this sort happened. It sure resulted in some realistically-wind-swept-hair, though 🙂 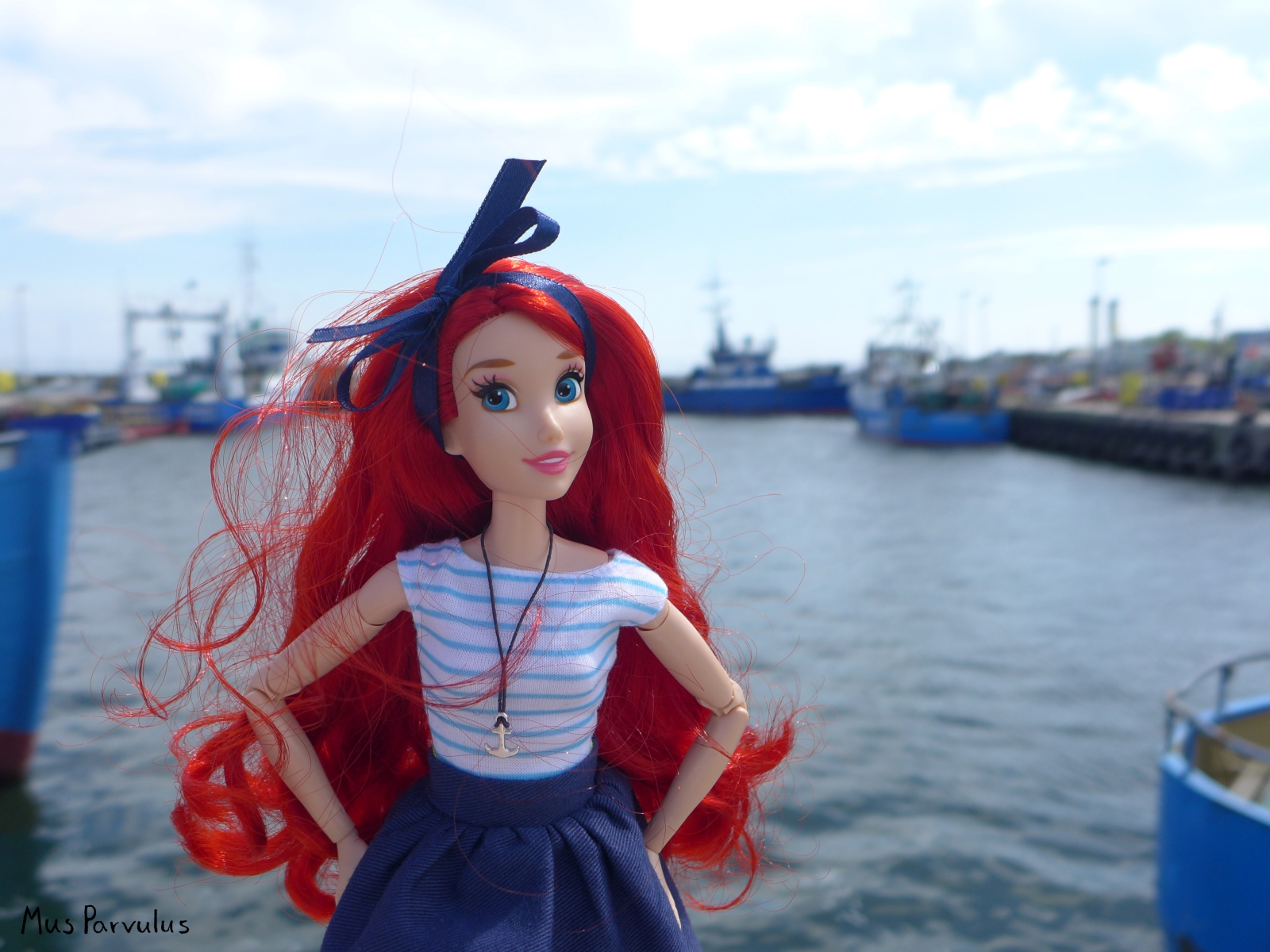 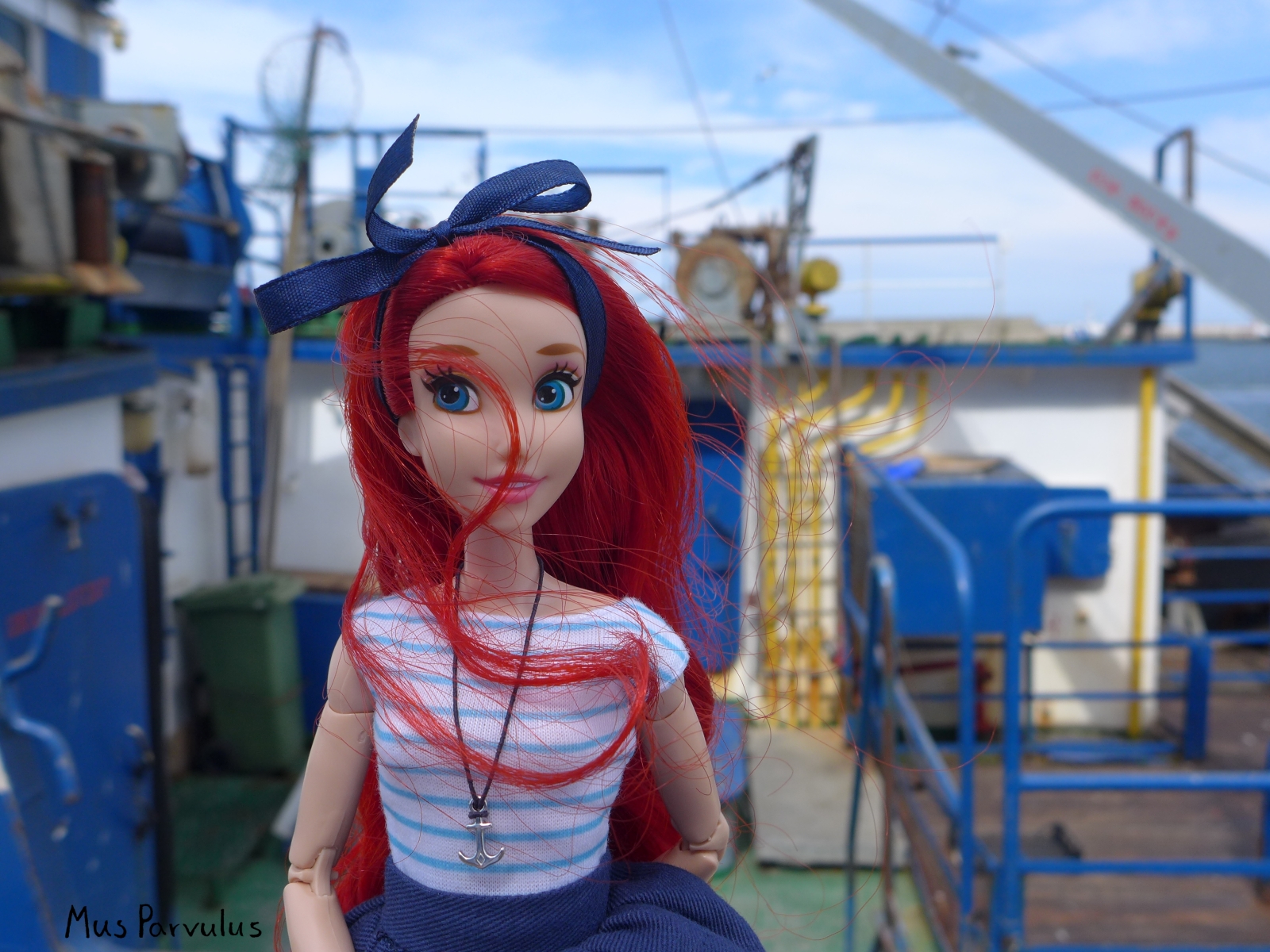 Then there is Magikarp. Don’t worry for Magikarp. It won’t get eaten 🙂 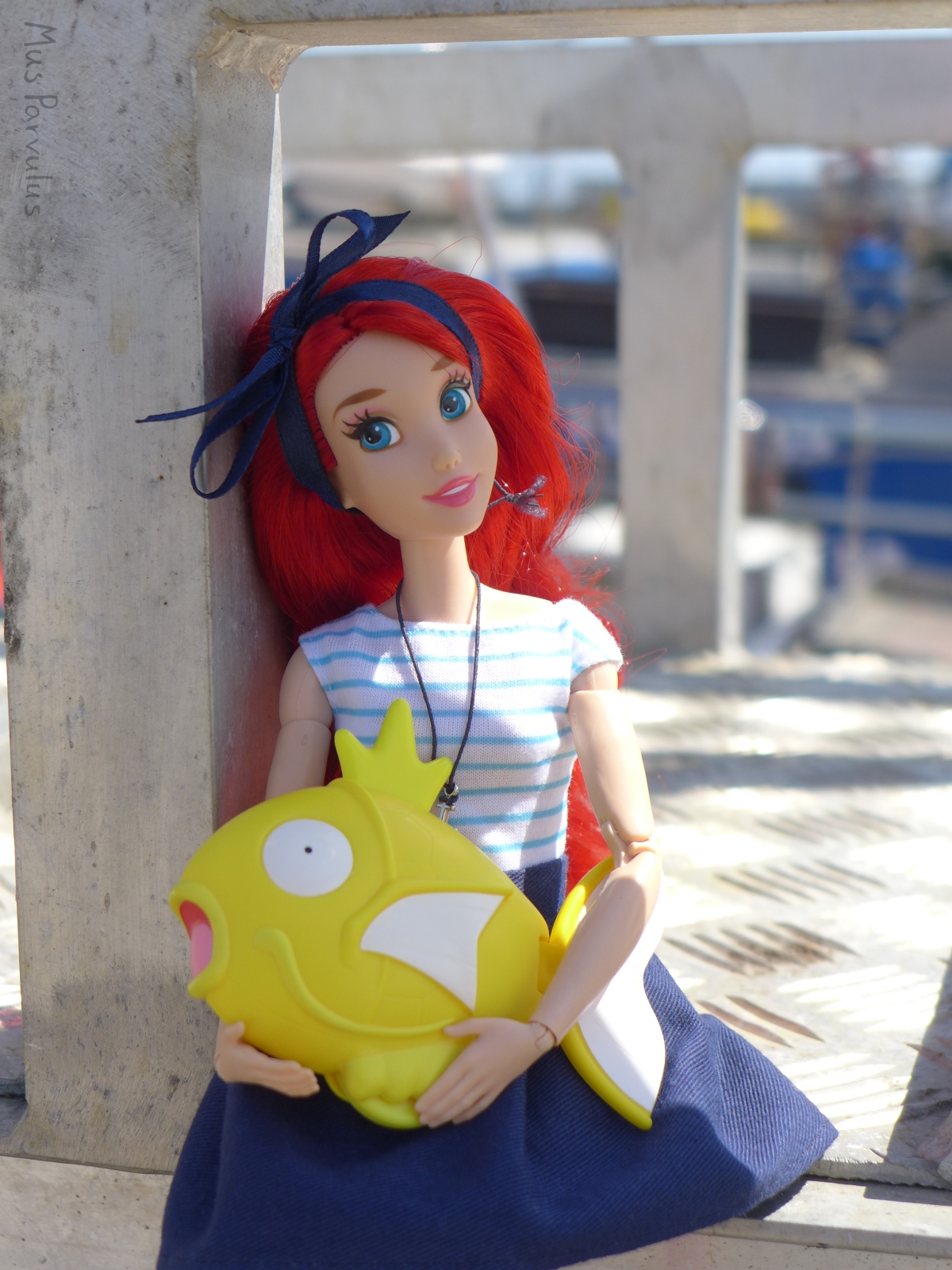 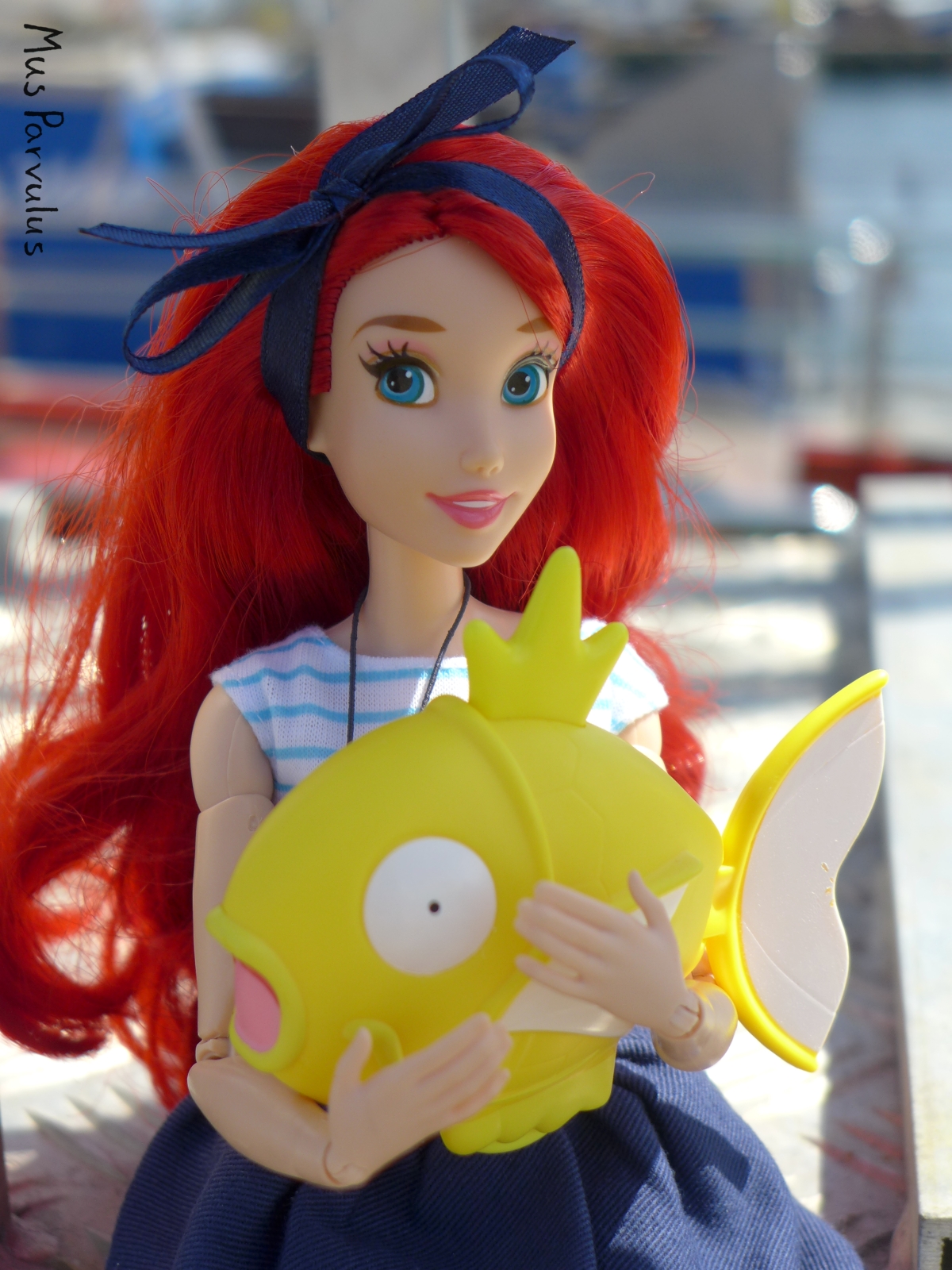 There isn’t a particularly deep idea behind including the little guy, other than him fitting the theme and me liking Pokemon.

I was very excited for this photo shoot, but I was nervous too. Part of it was knowing that if I don’t get it right, there won’t be enough chance soon – not until the next summer vacation. The other part is being the weirdo with a doll kneeling on the dock. However, after you start, you get in the zone and forget about the people. I asked mu husband, who was there with me, reading a book on a bench nearby, if people did look at me. He confirmed. I don’t feel comfortable with the thought, but I guess it goes with the hobby. 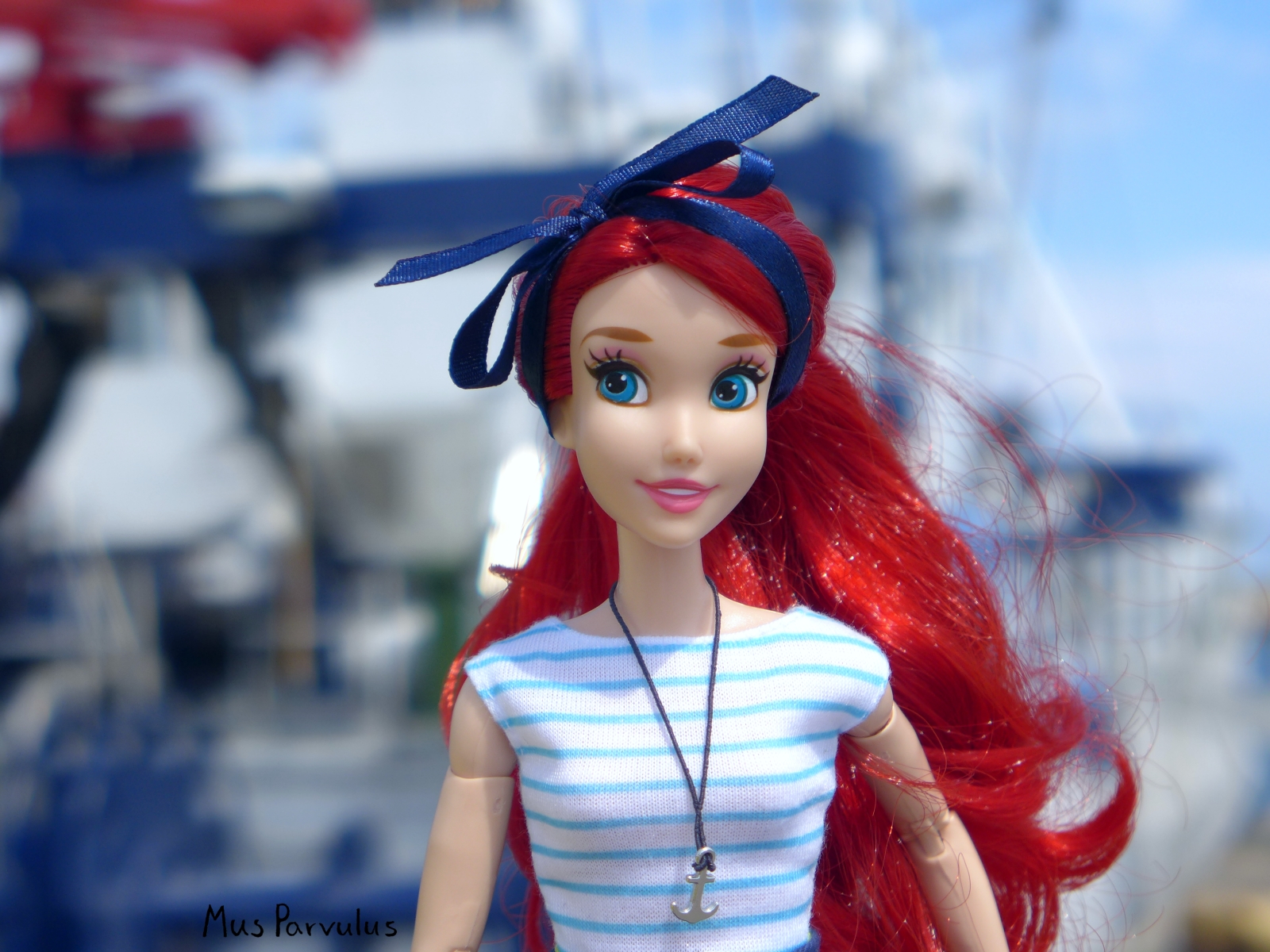 Overall, I’m very grateful for this trip and the awesome views it provided, for the photos and for me to enjoy 🙂 I’m pretty happy with the pics I brought back with me.

This was the last installment of Ariel’s adventures by the seaside. Now it’s time to find some inspiration back at home 🙂