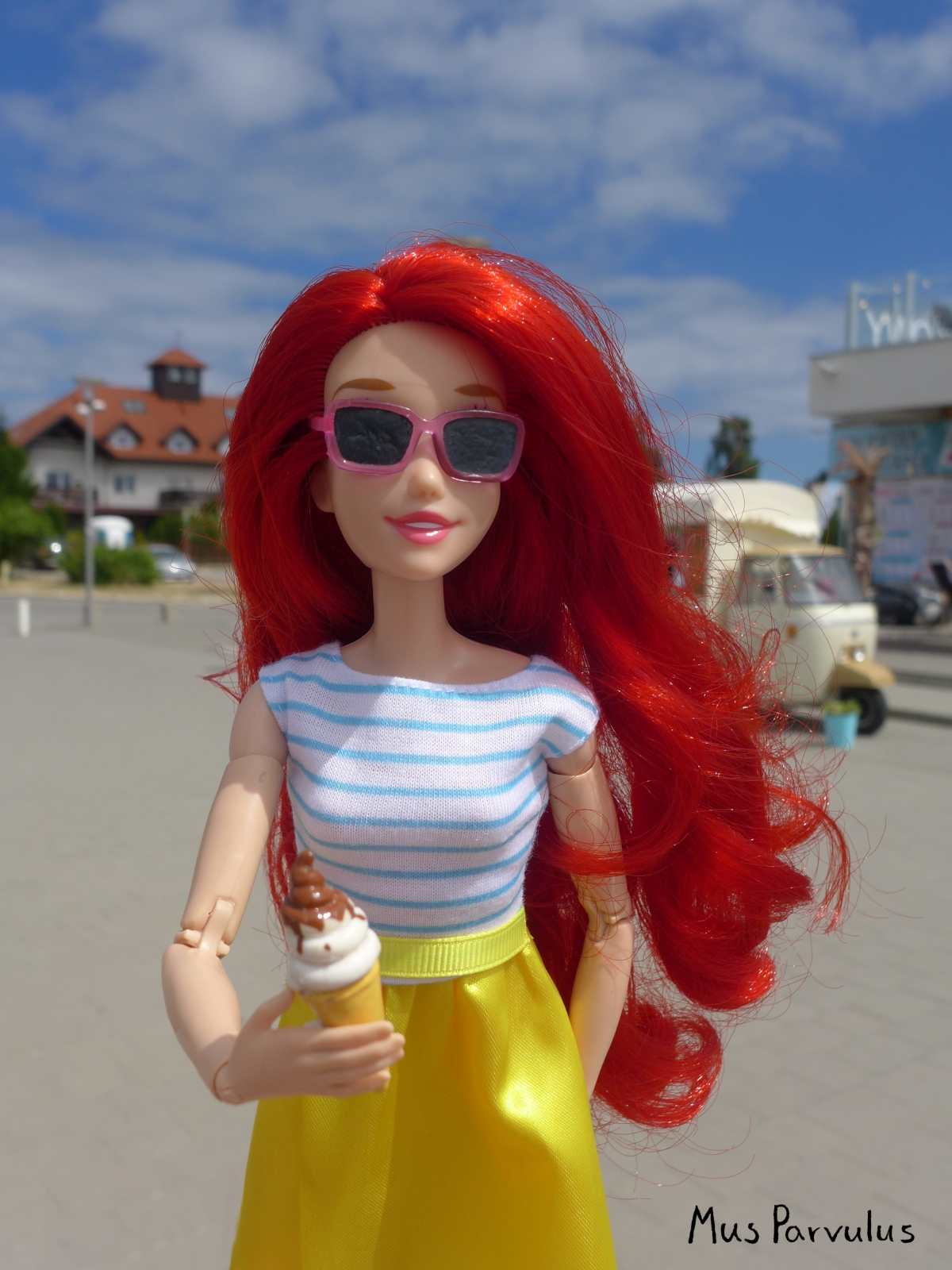 My body-swapped Ariel has been my favourite doll lately – it’s pretty great when you like what you do have, instead of thinking about all the dolls you could have, for once 😉 Anyway, as a result, it was an obvious choice for me to take this doll with me to the seaside.

I took photos in three different locations, giving them a slightly different theme, and I’ll post each set separately. These ones come from the walk in the town and on the pier. Unlike the other ones, I did not plan this photo-shoot when I was packing all my doll gear back at home, but then the summery atmosphere of the promenade and all the cool looking food trucks won me over. 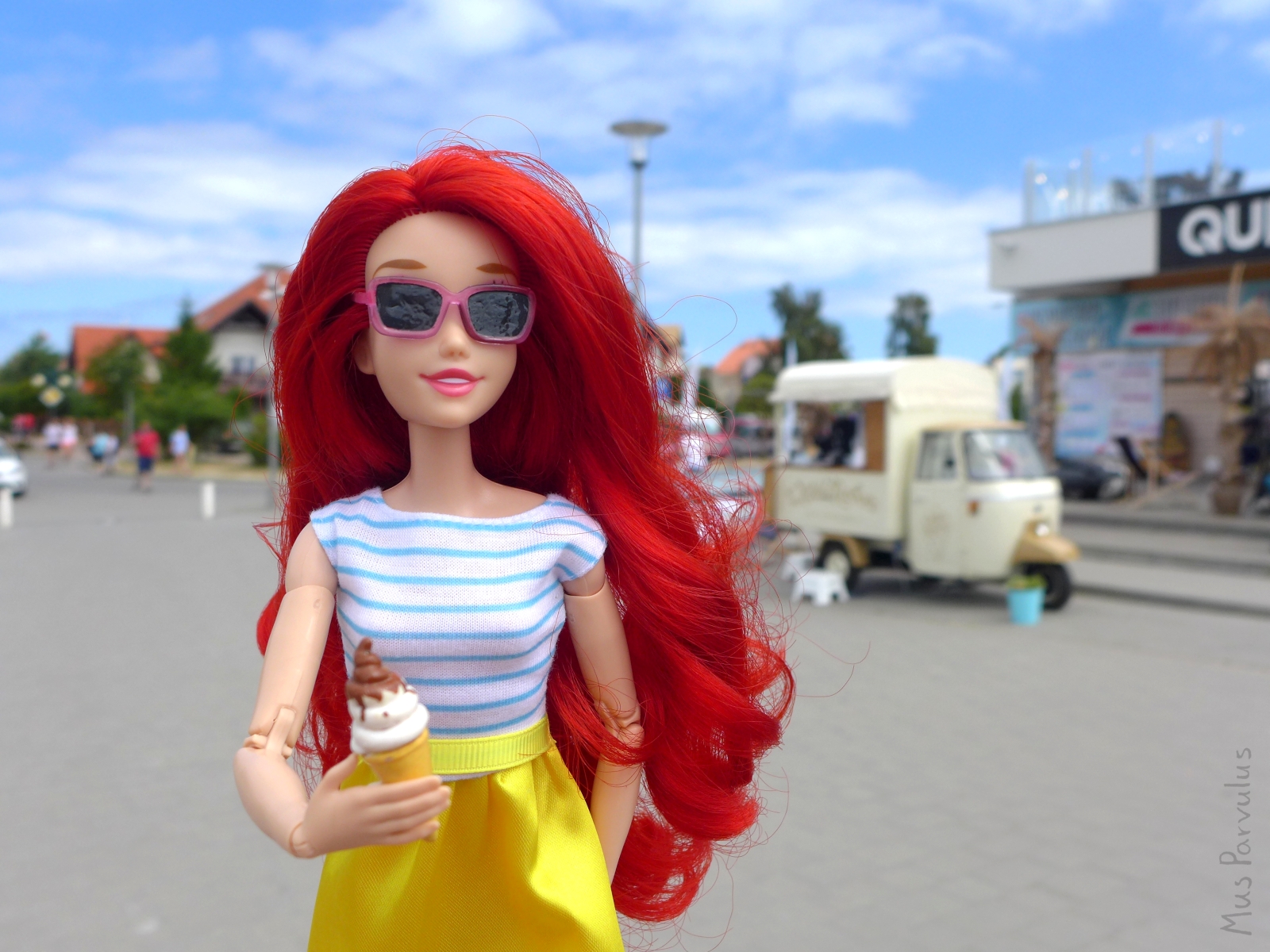 In all these photos, Ariel is wearing a Barbie dress from a fashion pack. Her shoes are also Mattel-made, coming from a set of five pairs. Her glasses came with a Dolphin Magic accessory set, except I decided to paint the ‘lenses’ black. I used matte acrylic paint – what I happened to have on hand – so I added some shine using varnish. Unfortunately, it dried slightly bumpy. 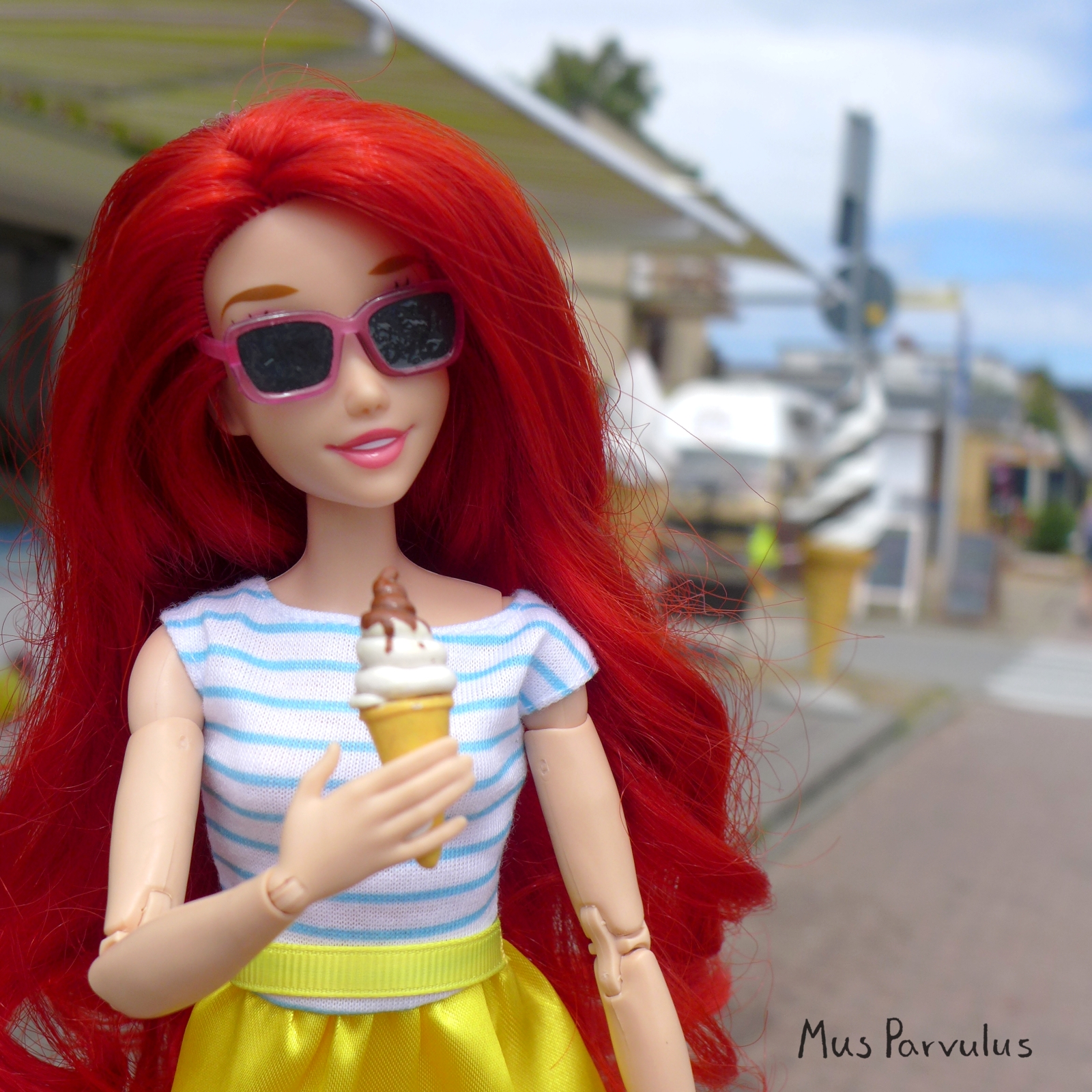 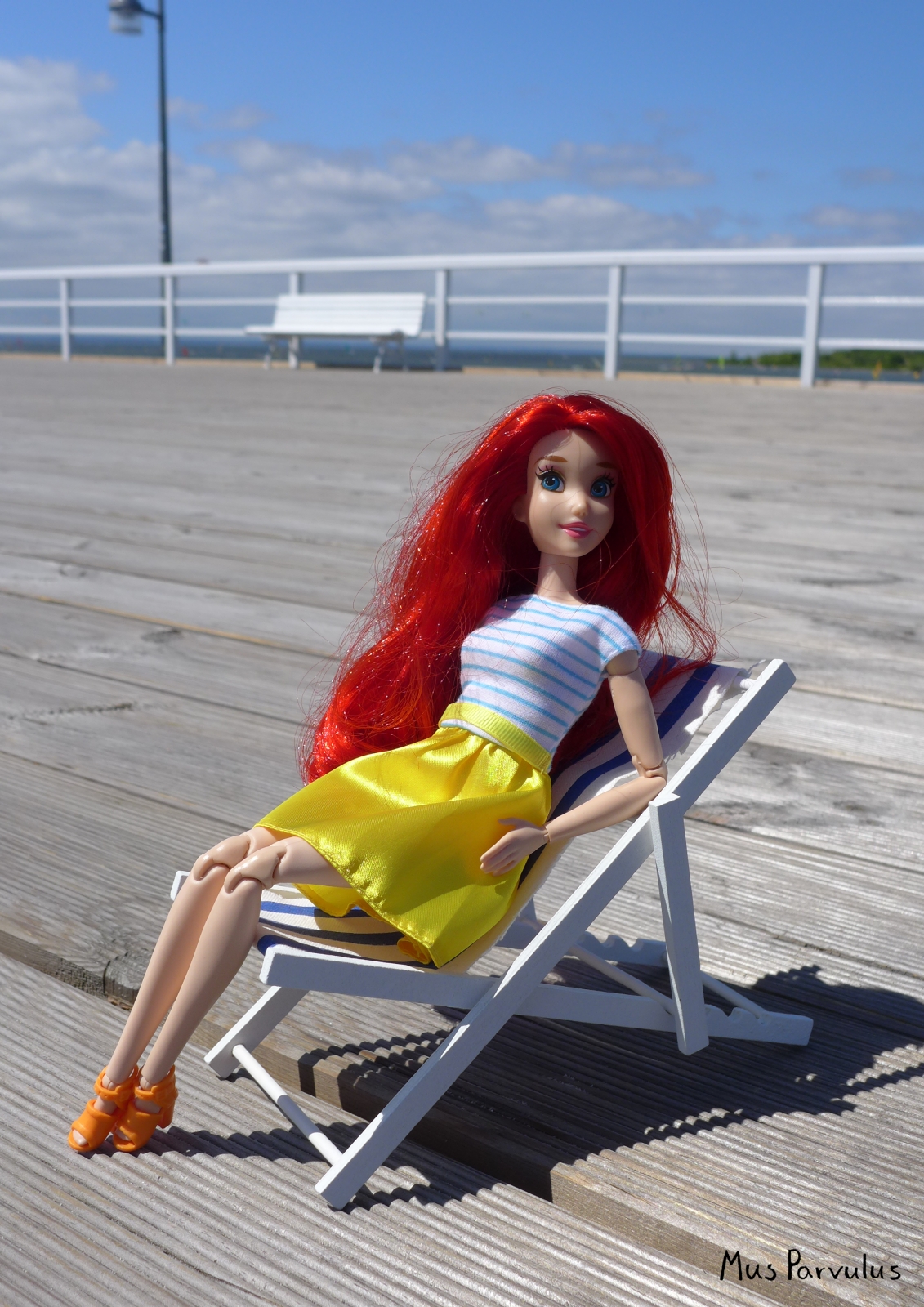 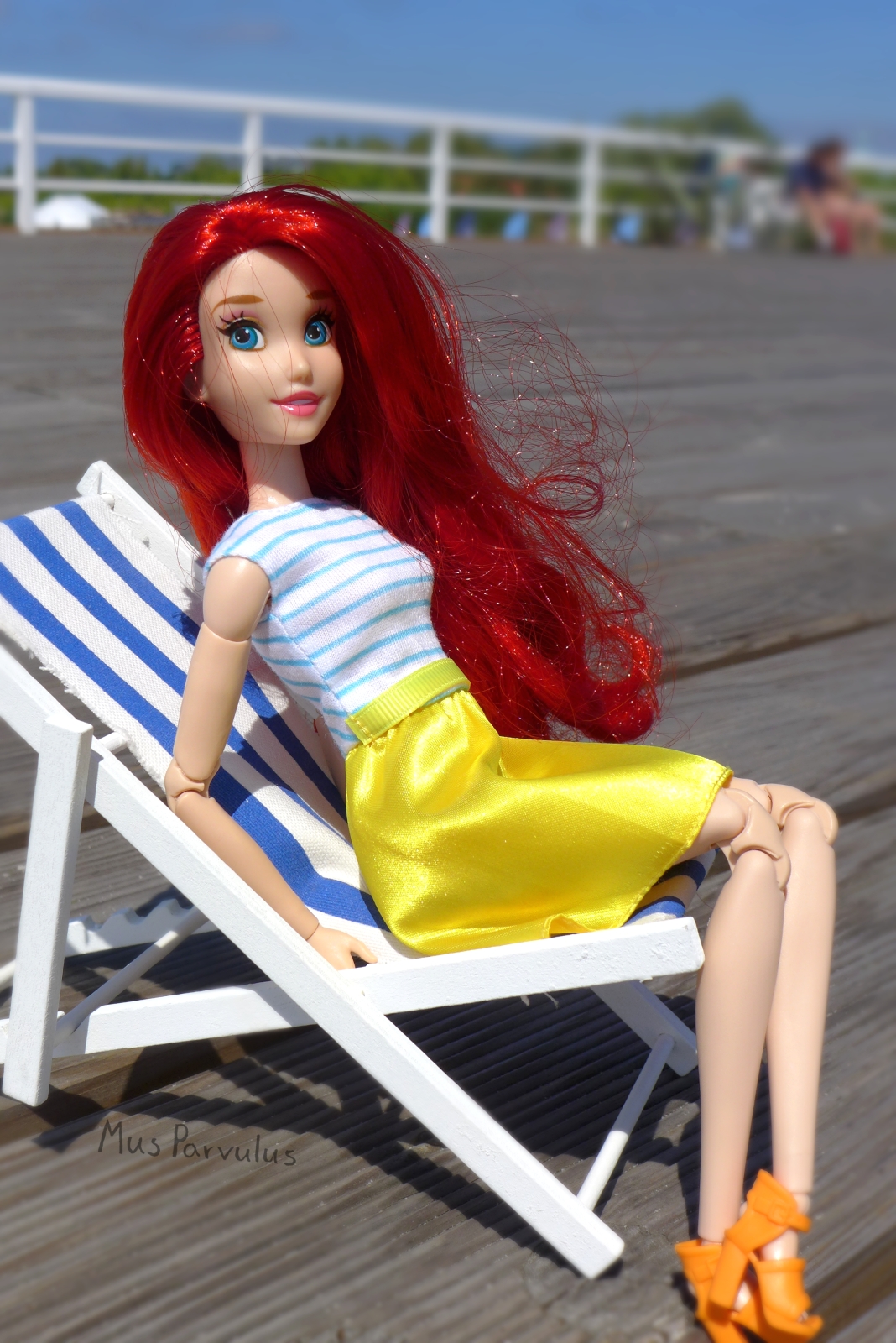 To be quite fair, I’m not entirely happy with either of the deck-chair-on-the-pier photos, but I really wanted to include one or two. It was such a nice location and I liked how all the colours looked together. They also took way too much effort to just discard them all: it was so bright, and the angle was so awkward that I could barely see what I was doing, so I half-blindly took a ton. Also, the wind kept knocking the doll over, so I had to keep posing her. Finally, the tiny grooves in the wood were terribly uncomfortable to kneel on. Days later, I still have the marks from them on my knees 😀 I really need to start bringing something soft to lay down 😉

I do quite like this next one. It’s obviously overexposed, but in a cool way 😉 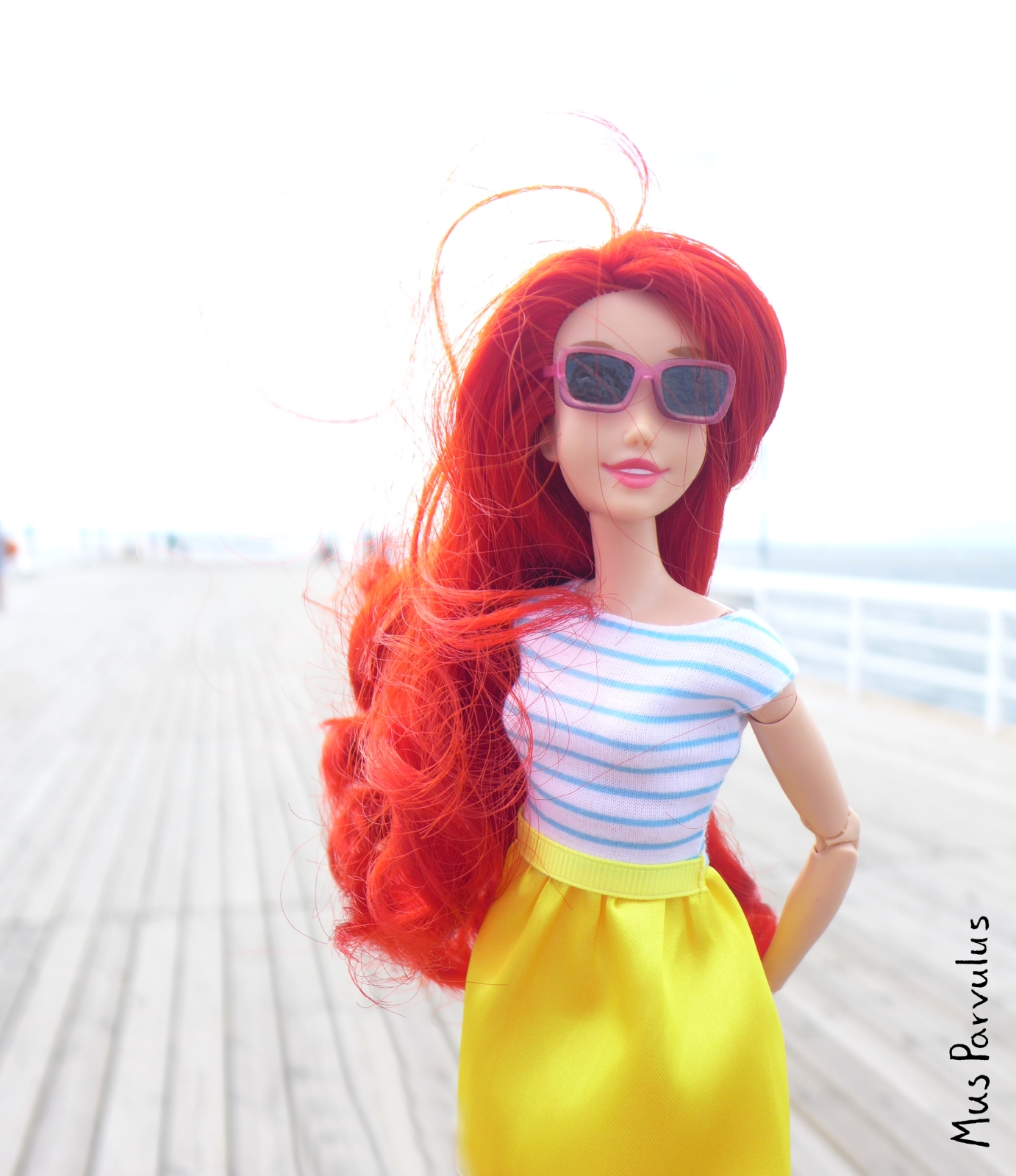 That’s the thing, too. My camera barely handled so much sunlight with a fairly large aperture, but I did want some nice blur in the background, for esthetic reasons and to ‘hide’ oversized humans. I did manage to find settings that kind of worked, but the second the sun changed, they were no longer good. And the light changed a lot. But enough whining! The conditions were a challenge for me, but I don’t regret anything overall 🙂

It really was windy that day: 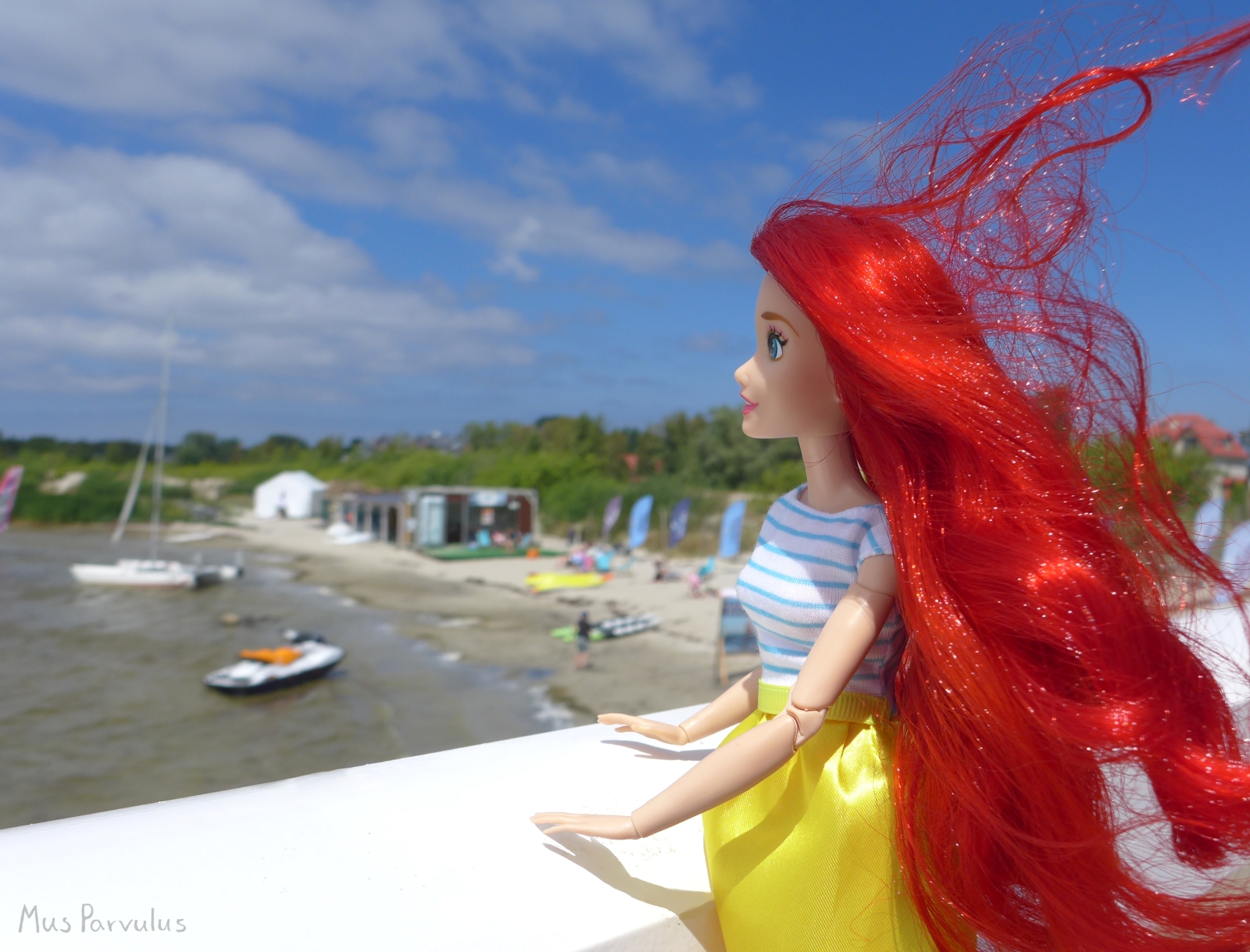 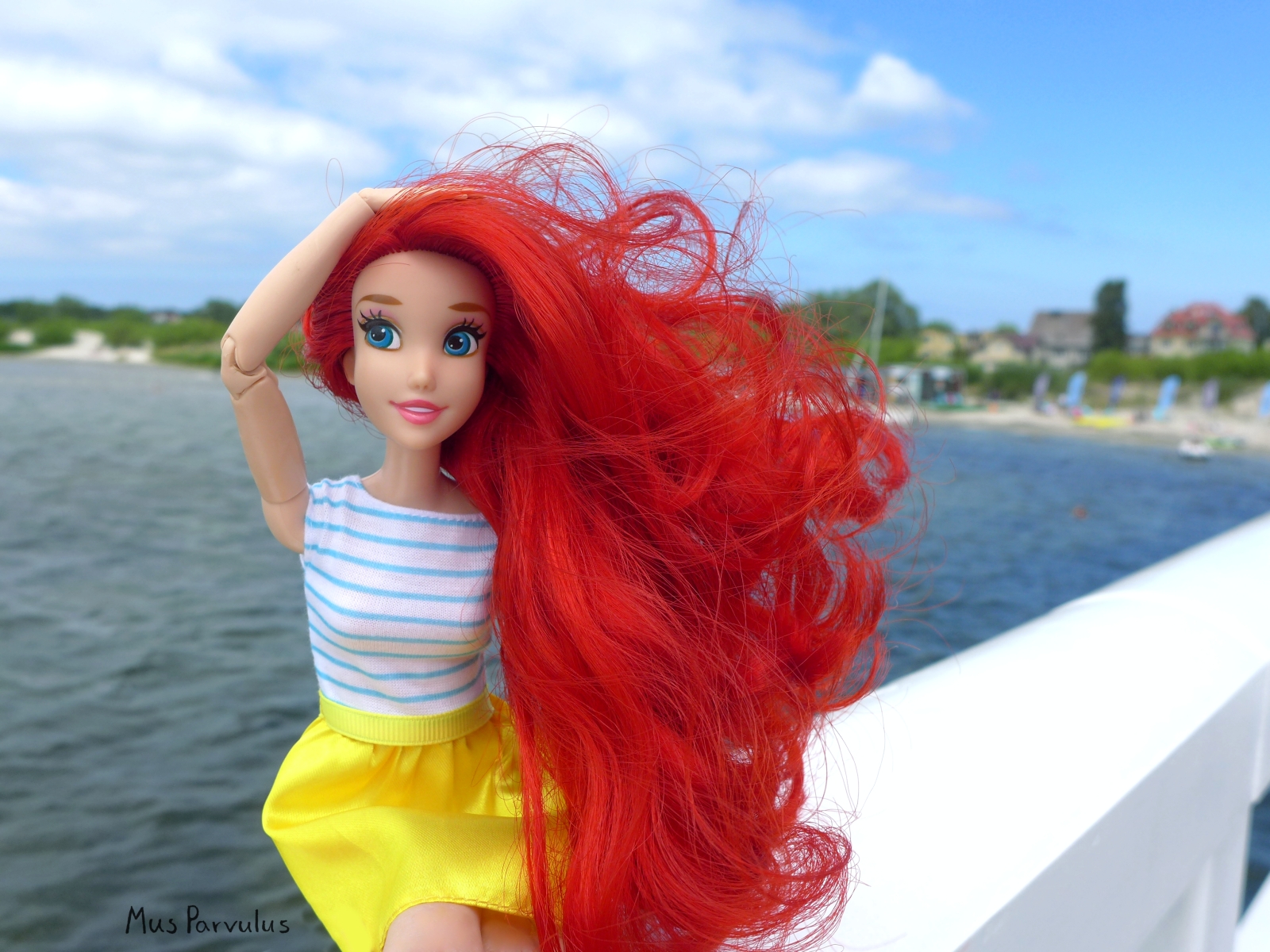 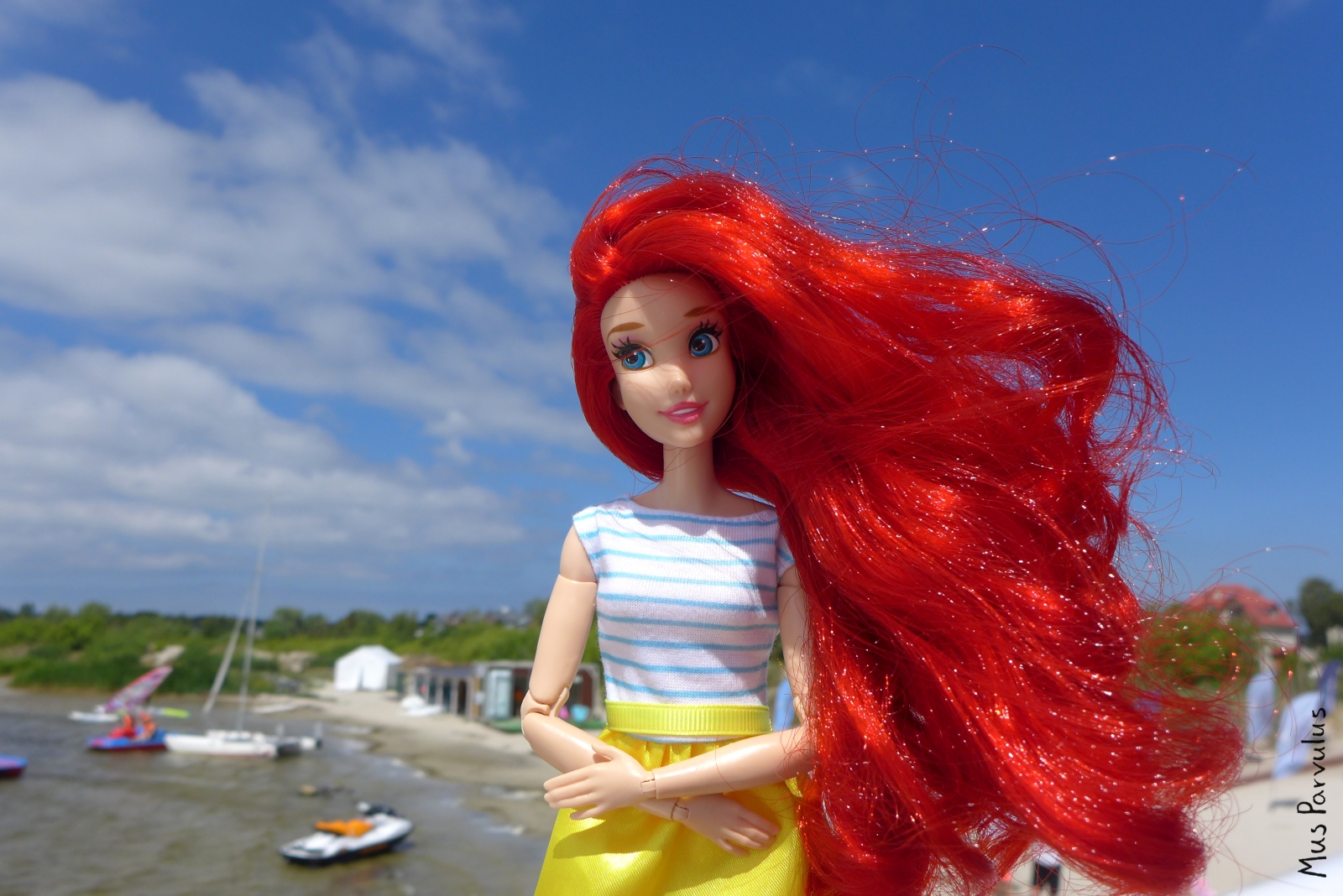 …making for some authentic seaside photos.

There are more summer adventures to come soon 🙂