Is it really almost spring? With the past two weeks having been freakishly cold (around -10°C/14ºF) I barely noticed. It was also about two weeks ago that I made a short trip to the mountains that was indeed very wintery in character. I better get to reporting without any more delay 🙂

Of course, this will involve a doll… 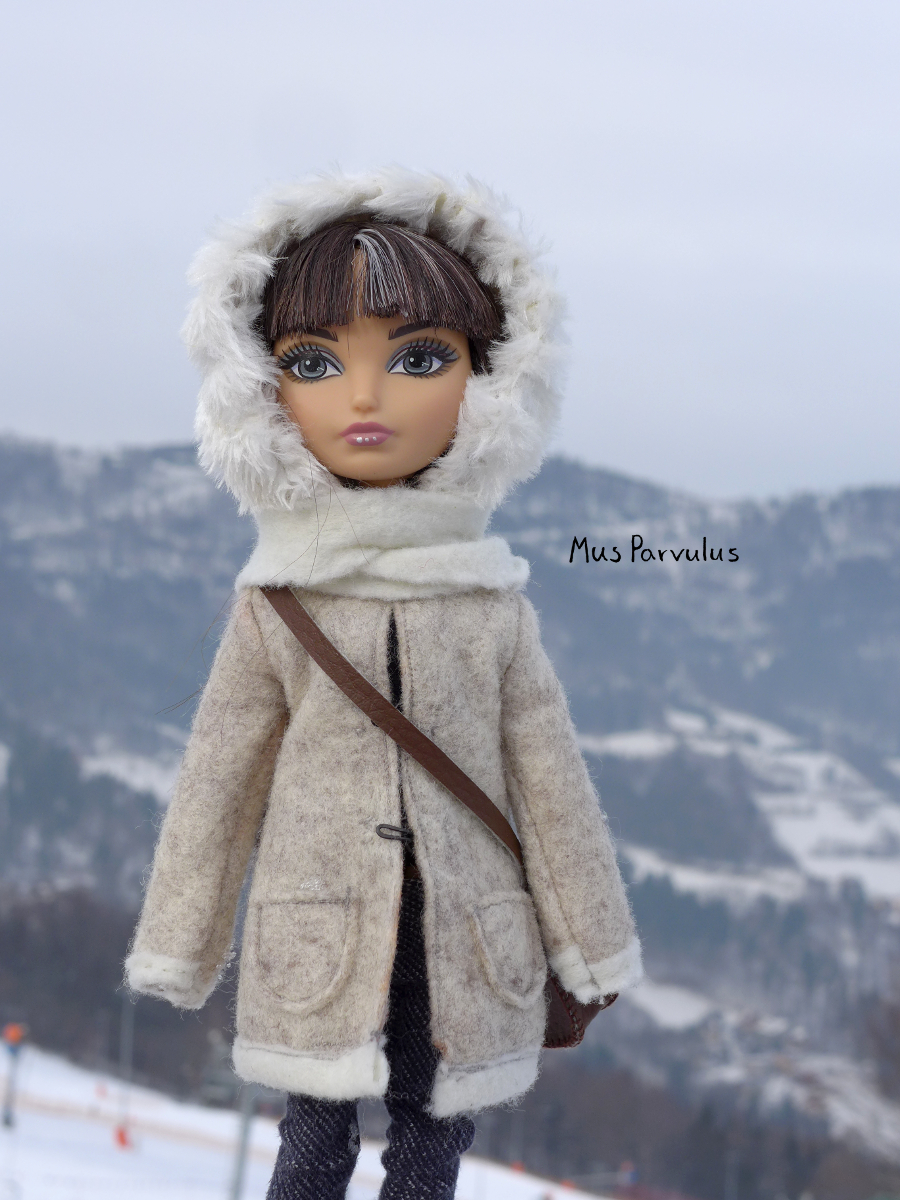 OK, so I am pretty passionate about dolls, but the trip wasn’t about doll photography exclusively. You see, I love winter, skiing and snow, but there is rarely an opportunity to enjoy any of the above in the city (even though we do have an artificial ski slope in the area, and even despite the cold, it’s not the same without natural snow). I was delighted when my family offered to take me along for a short skiing trip. Even though it only lasted two days, I still greatly enjoyed the rare chance to feast my eyes on snowy landscape. 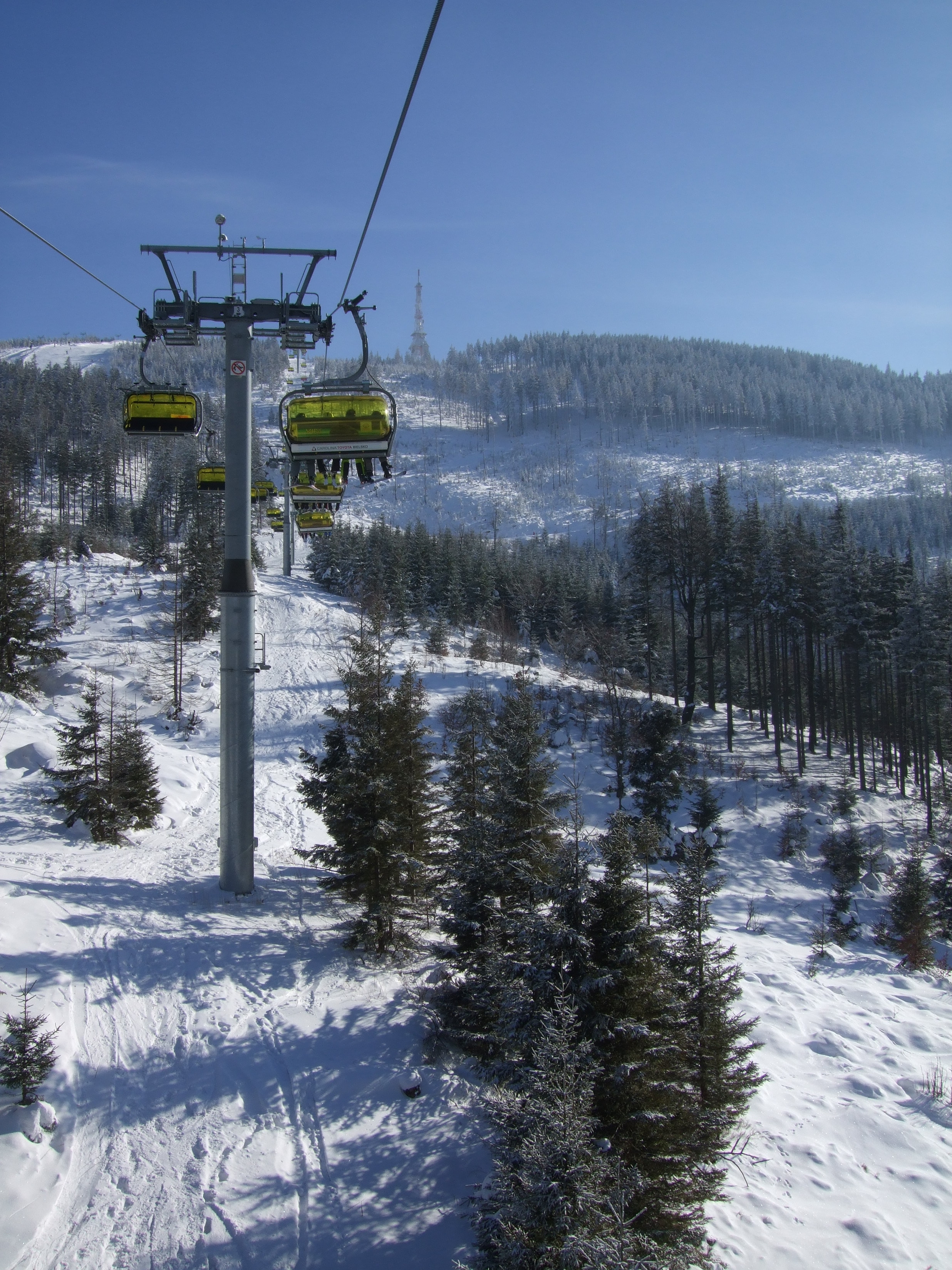 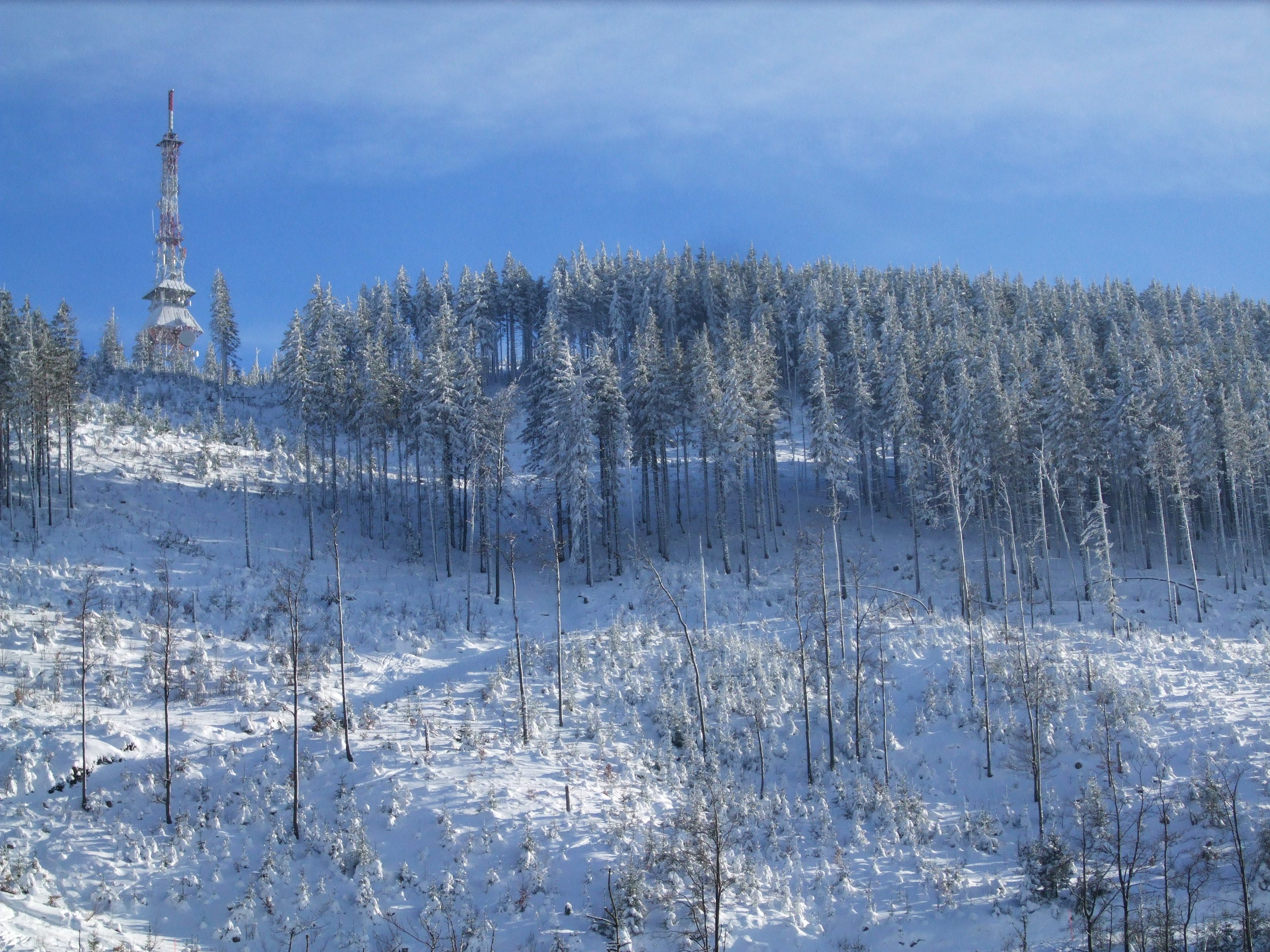 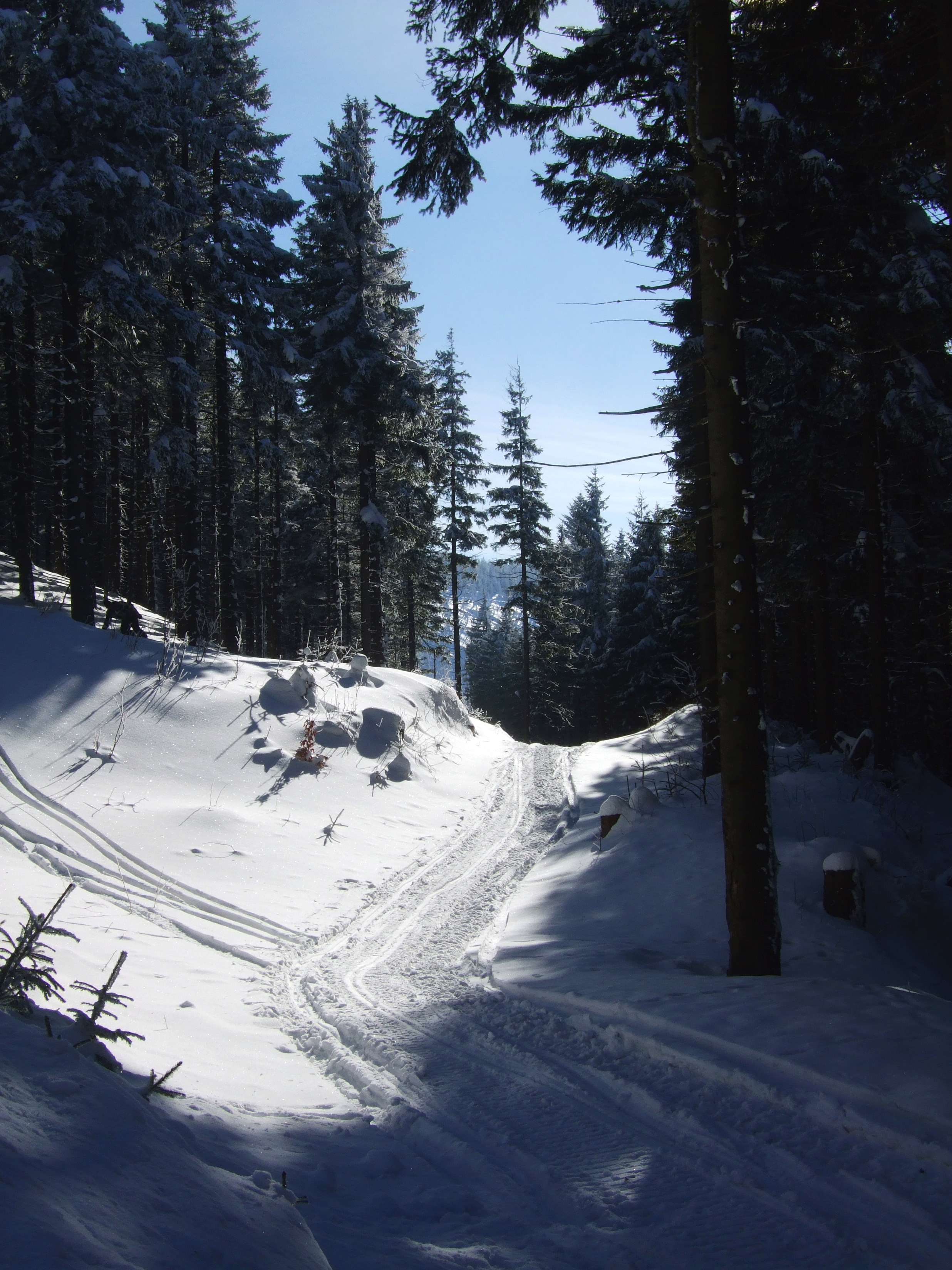 The above photos were taken on the first day. This location was especially picturesque, and the weather was wonderful. Unfortunately, I did not bring Cerise on that day, and the next day we went to a different spot, and the weather was quite different. It wasn’t quite as magical, but I did my best to get the best out of it. To be fair, backdrop options are still plentiful for a doll so small in a world so big. 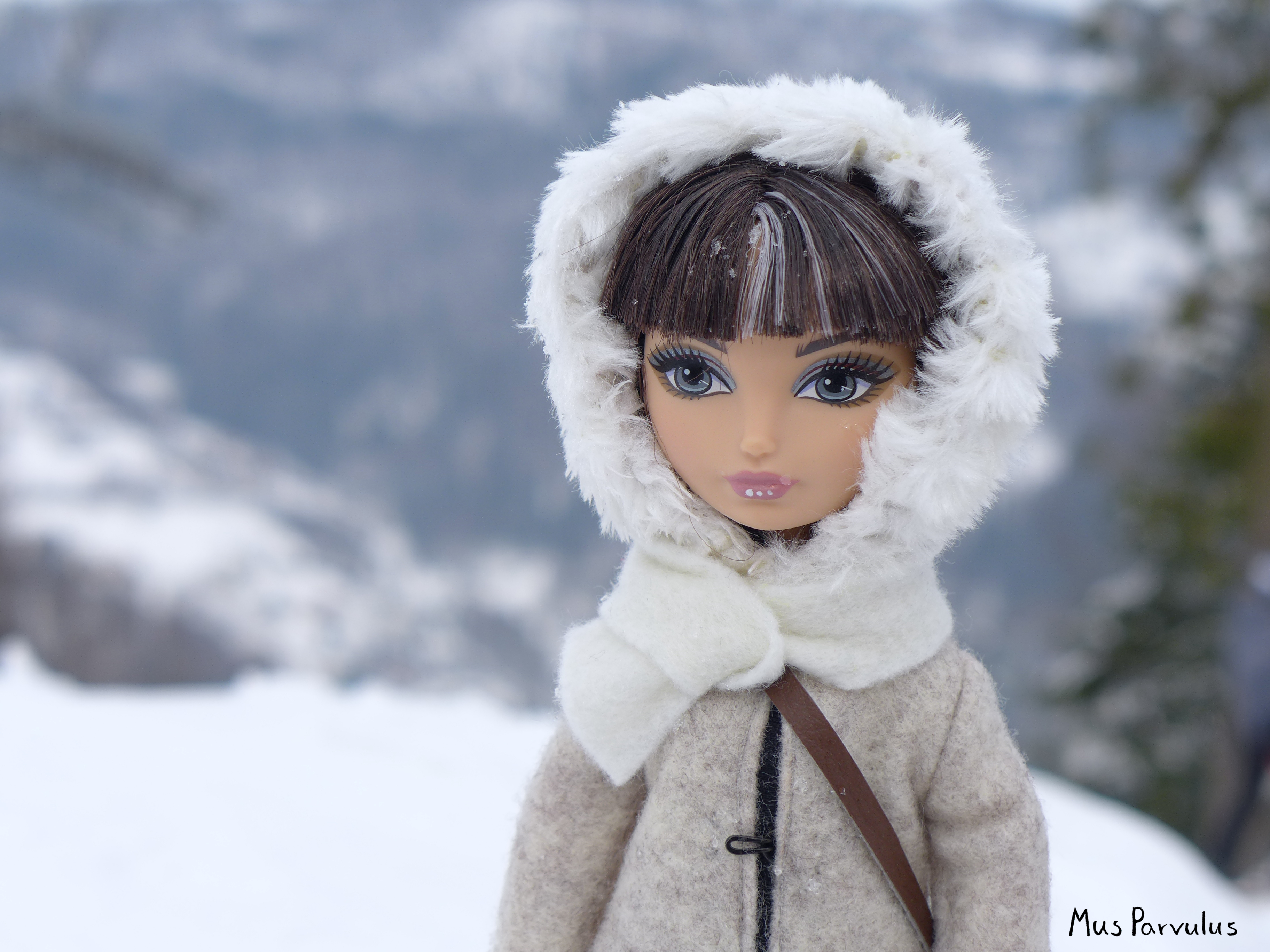 I made her coat just before leaving using the free coat pattern from BFashions, except I gave mine a hood and white trim. The idea for it was born thanks to the felt that it was to be made from – as soon as I saw it at the craft store, I imagined a doll sized, sheep-skin-inspired winter coat. And Cerise seemed to me like the right character to brave the cold and climb the mountains. 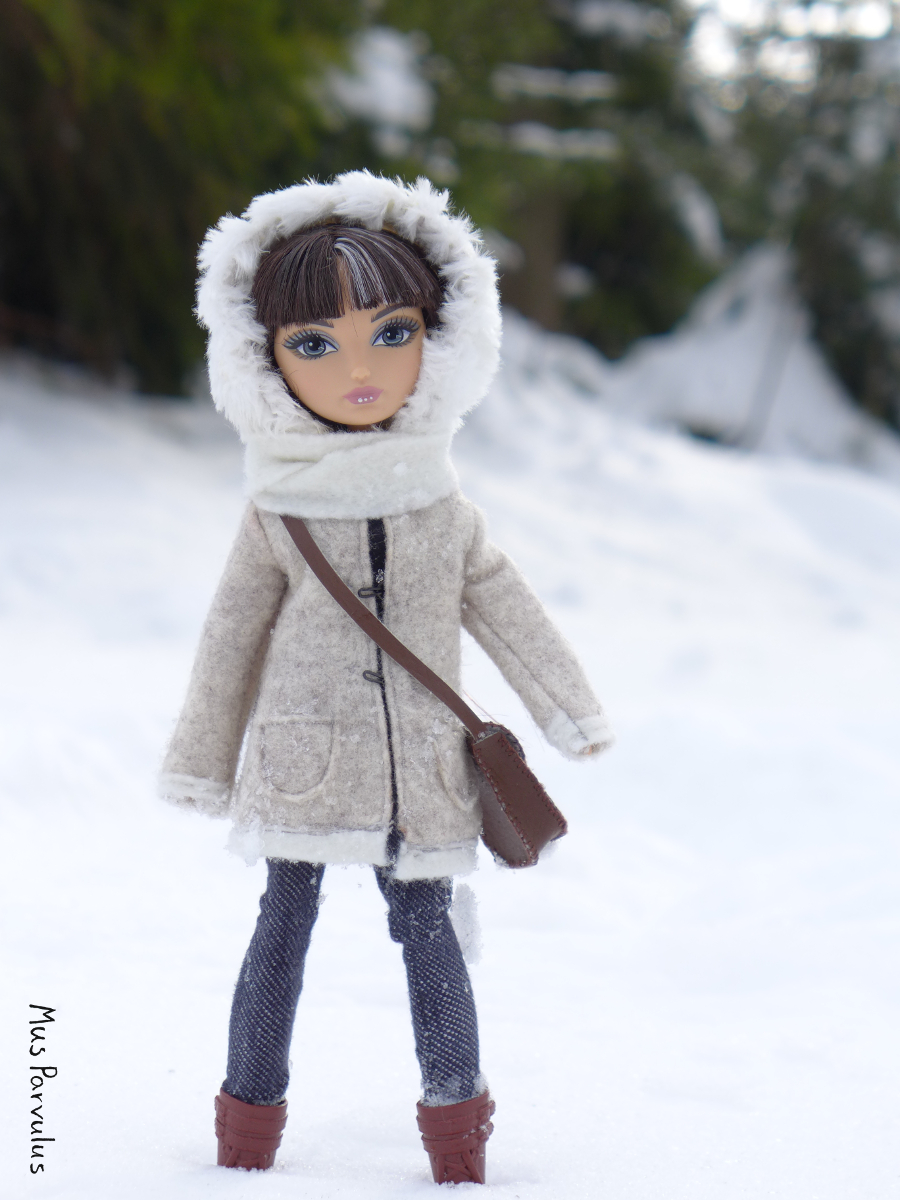 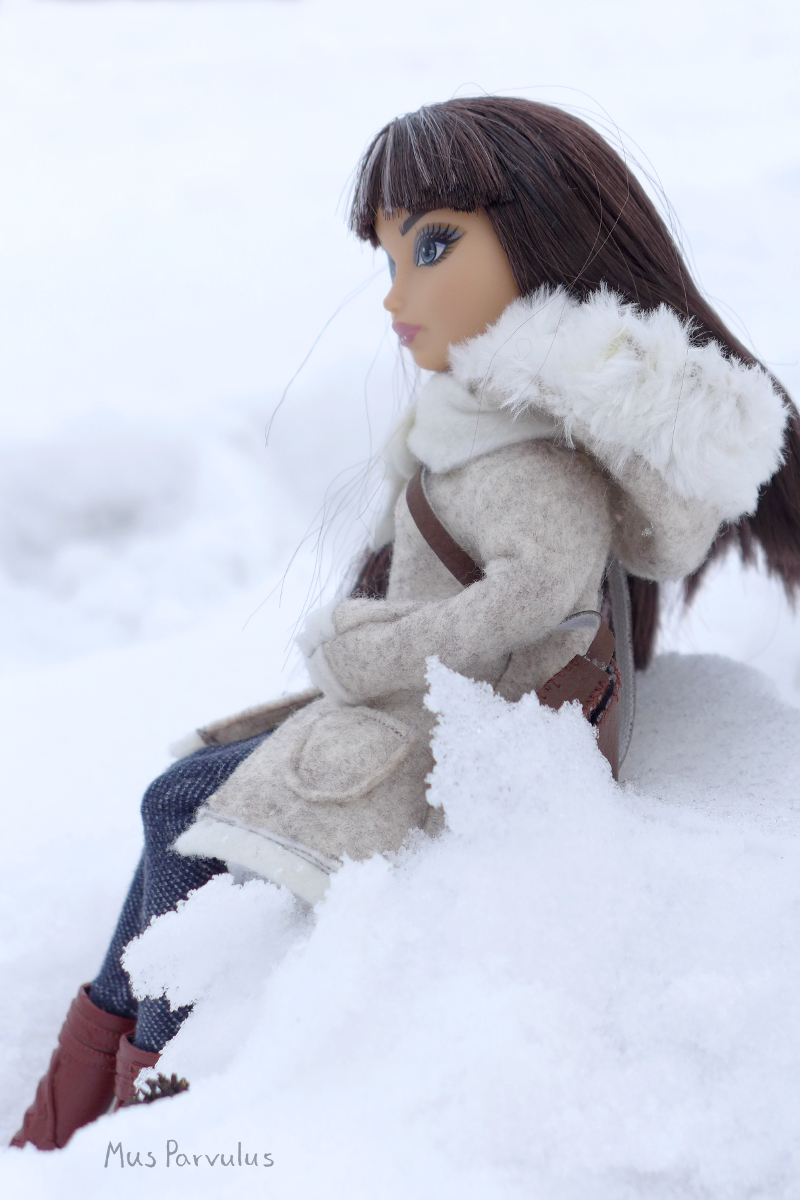 I attached the faux fur to the edge of the hood using fabric glue, but now I regret it. It made it stiff.  I chose to make a slit in the back to let her hair out. It’s an odd feature, but it works on this scale. 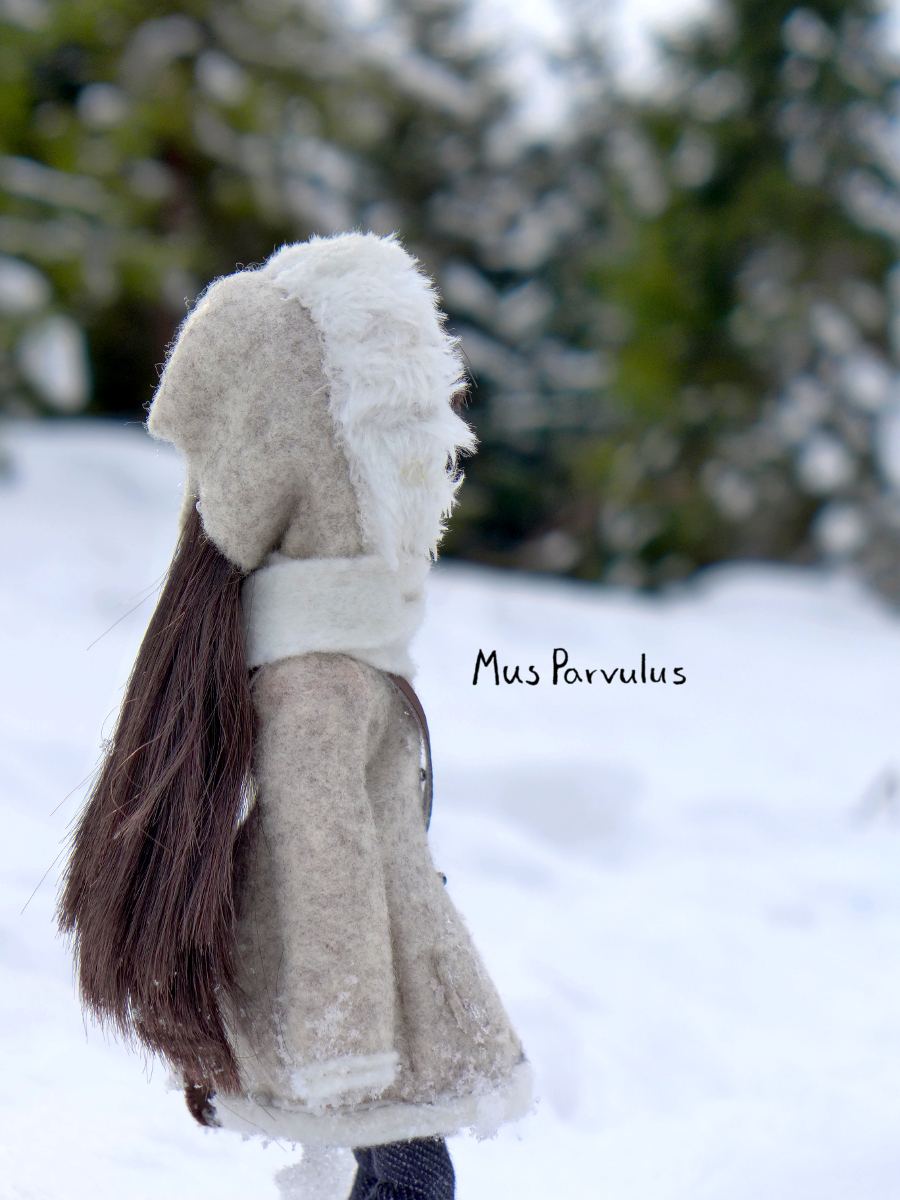 The day that the photos were taken, the doll was in my backpack all afternoon while I was skiing. I was worried about falling and breaking her (and the camera), so covered her in bubble wrap. Luckily, in the end, there weren’t any such dangerous moment at all 🙂 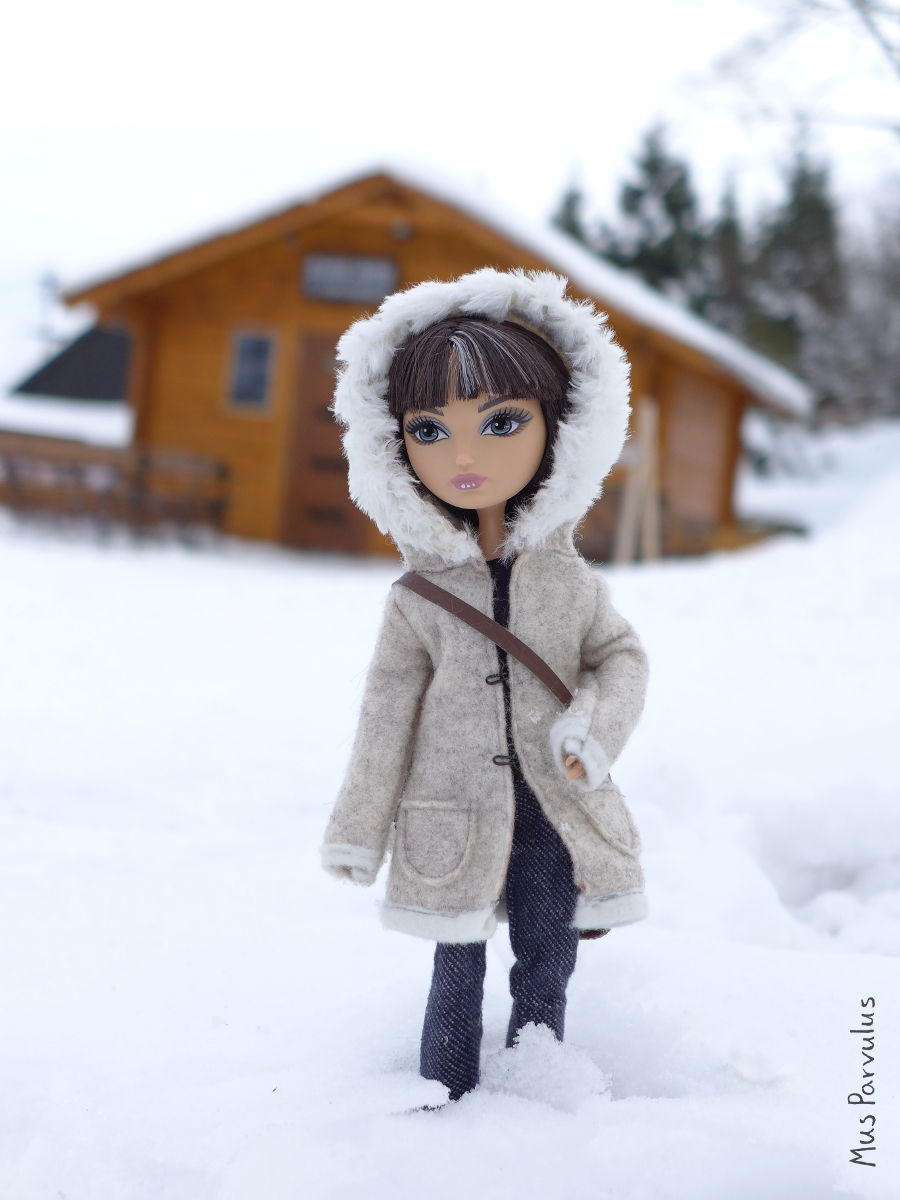 These two are my favourite photos of the day: 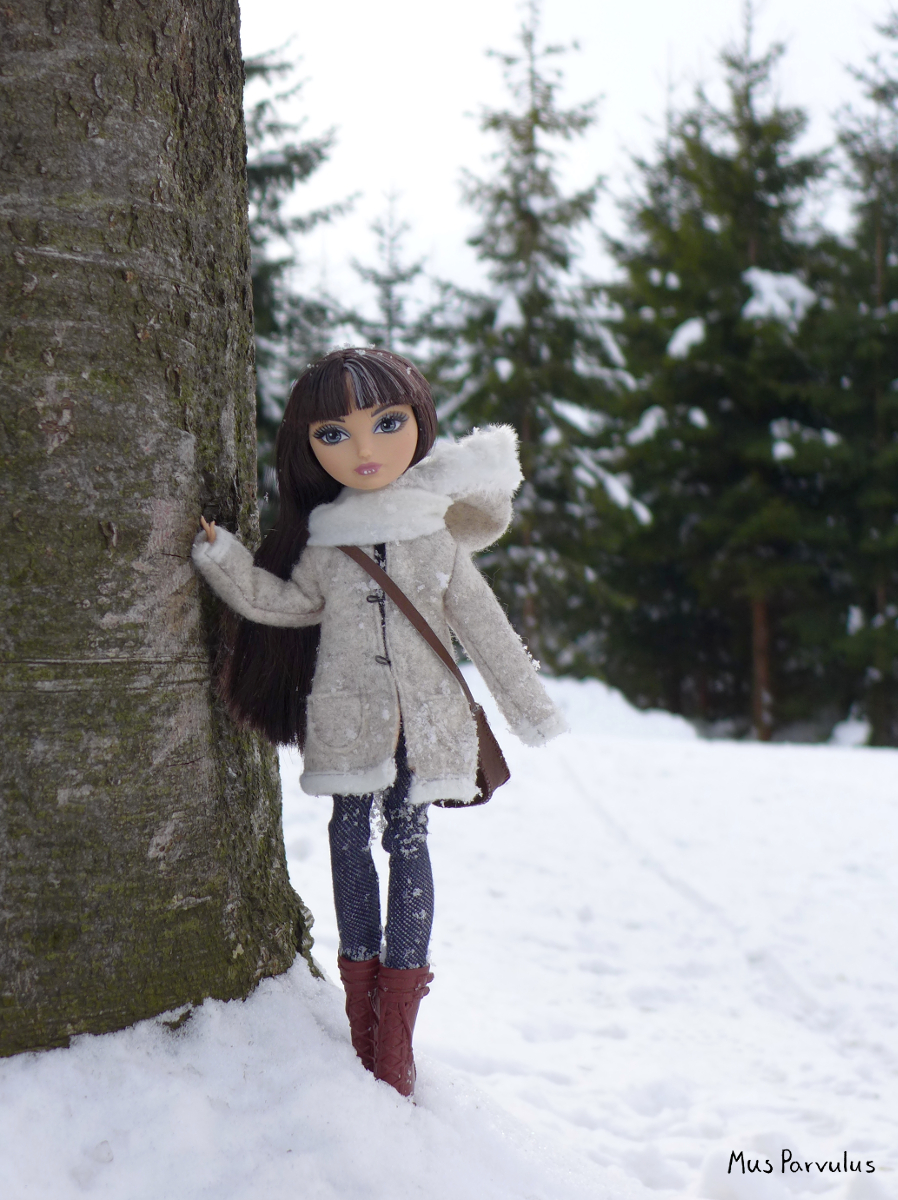 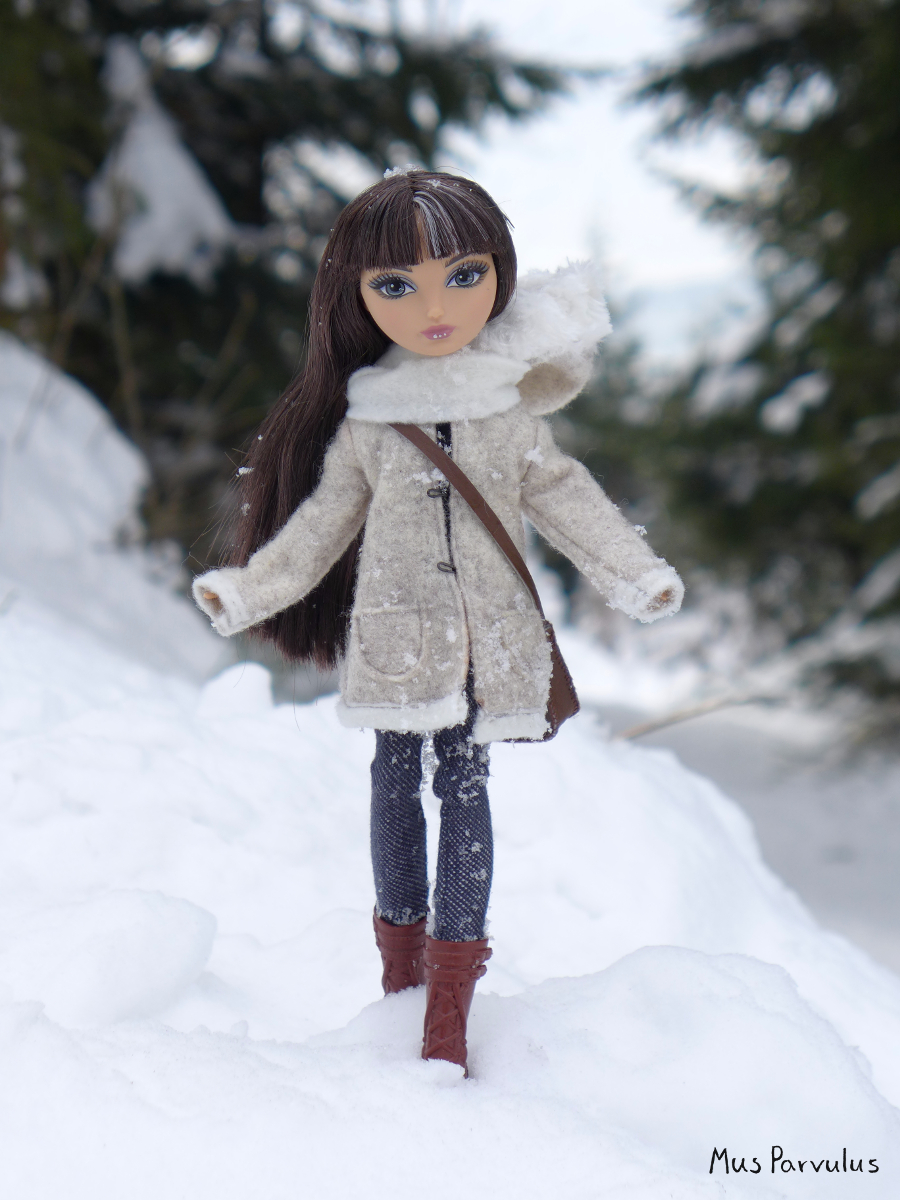 I keep saying it, and I will say it again – I am not happy with the colour balance that comes out of my current Panasonic camera. I do try to adjust it in the camera and in GIMP, but it only makes things look even weirder. It’s especially stark in this post, compared to my old Fuji camera, as seen in the landscapes (although in this case the weather played a role as well). I don’t normally use the old one any more because it has far fewer options and its buttons have been used to death and barely respond, but I do miss the colours. I had another Fuji in-between the two, the infamous XF1. After two of it – the original purchase and the replacement – died to the same defect (“lens control error”) year after year I decided to sulkily part ways with Fuji. I loved it otherwise. 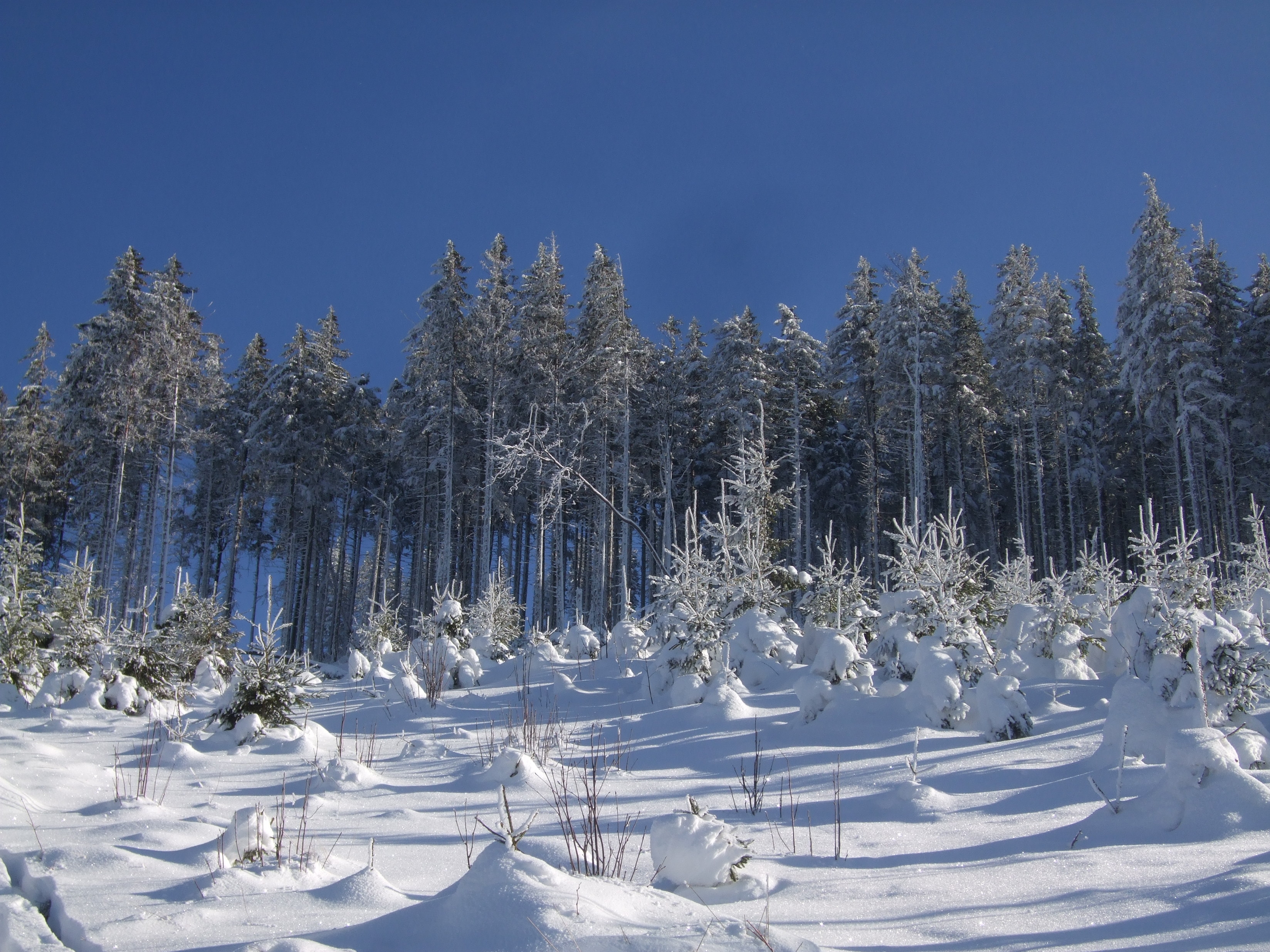 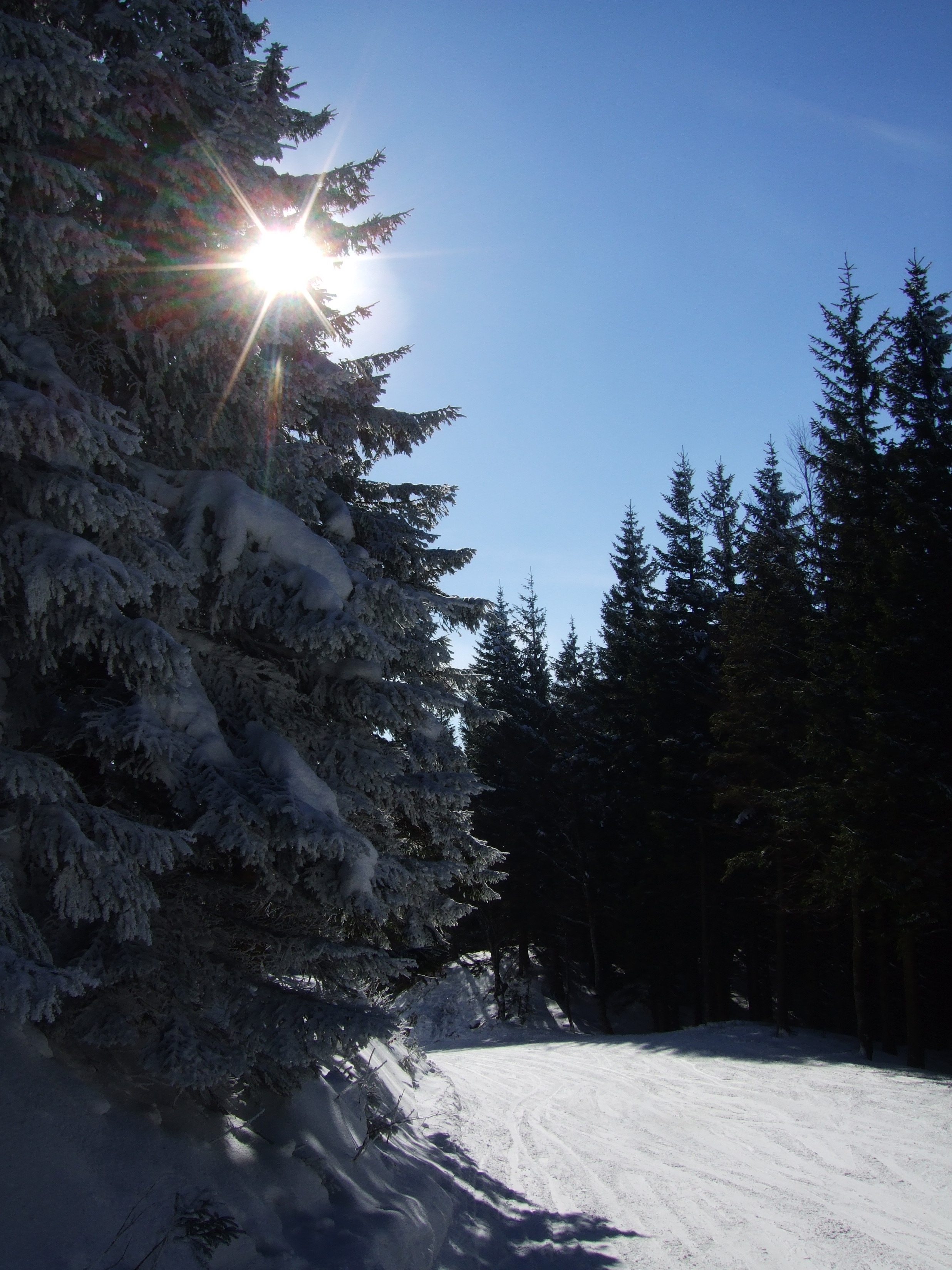 If it wasn’t for the unexpected adventure, I wouldn’t have had a chance to take any photos out in the real snow, and it would be a real shame. Even so, I still have a brand new winter outfit for Animators’ dolls that I made that likely won’t see any use this year. I do love a proper, snowy winter, so I hope the next year will be more up to my standards, even in the city. 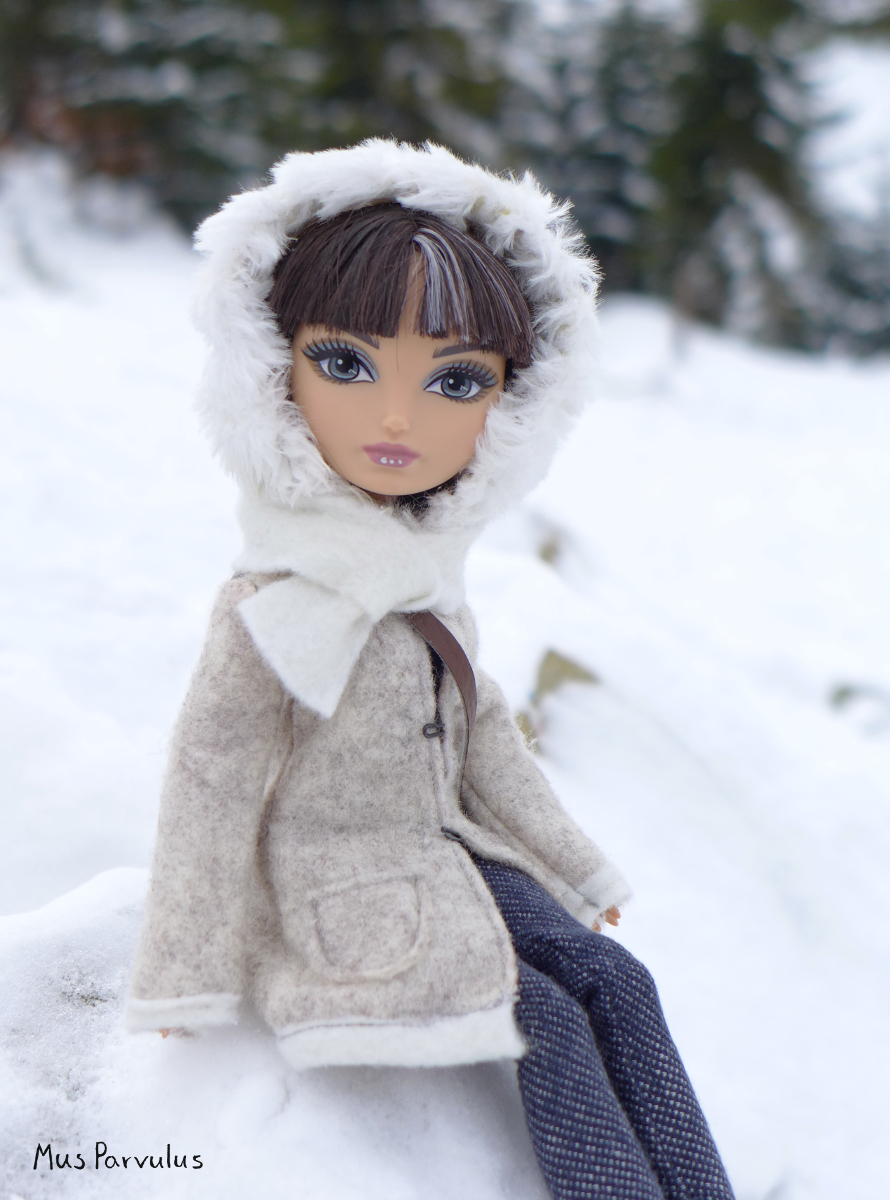 OK, now I better start thinking about something nice for Easter, spring and general sunshine.