I’m really loving autumn this year! It’s been so bright and colourful, it just fills me with a sense of gratitude. And even though Halloween isn’t big around these parts, I love pumpkin decor. Not even necessarily carved pumpkins, plain ones will do. It was only natural to let this become craft inspiration. 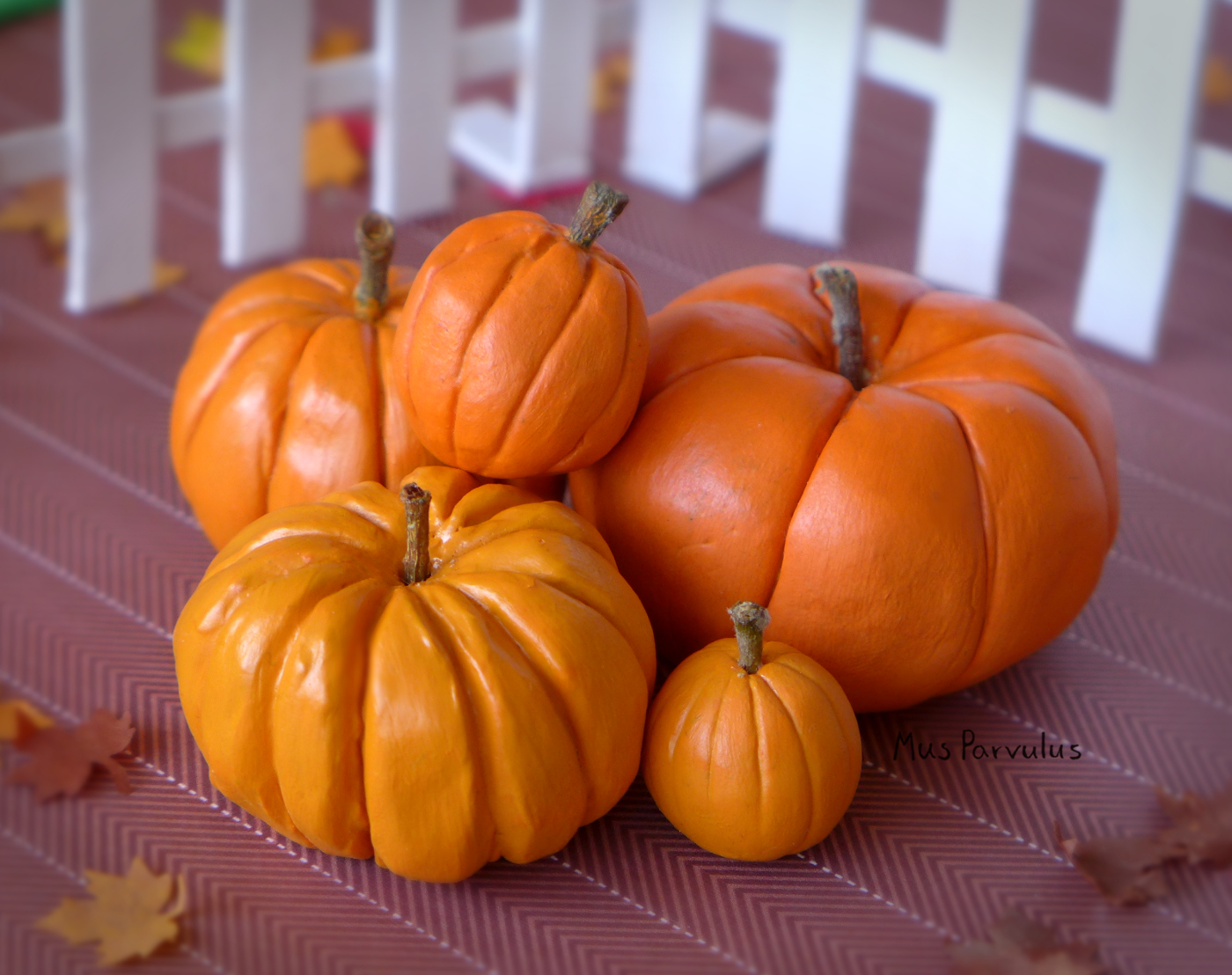 I made a bunch of doll-sized pumpkins according to the instructions in this video from MyFroggyStuff. I did make a few minor changes, though:

I really like these little pumpkins just as little decorations, but obviously I didn’t stop there. 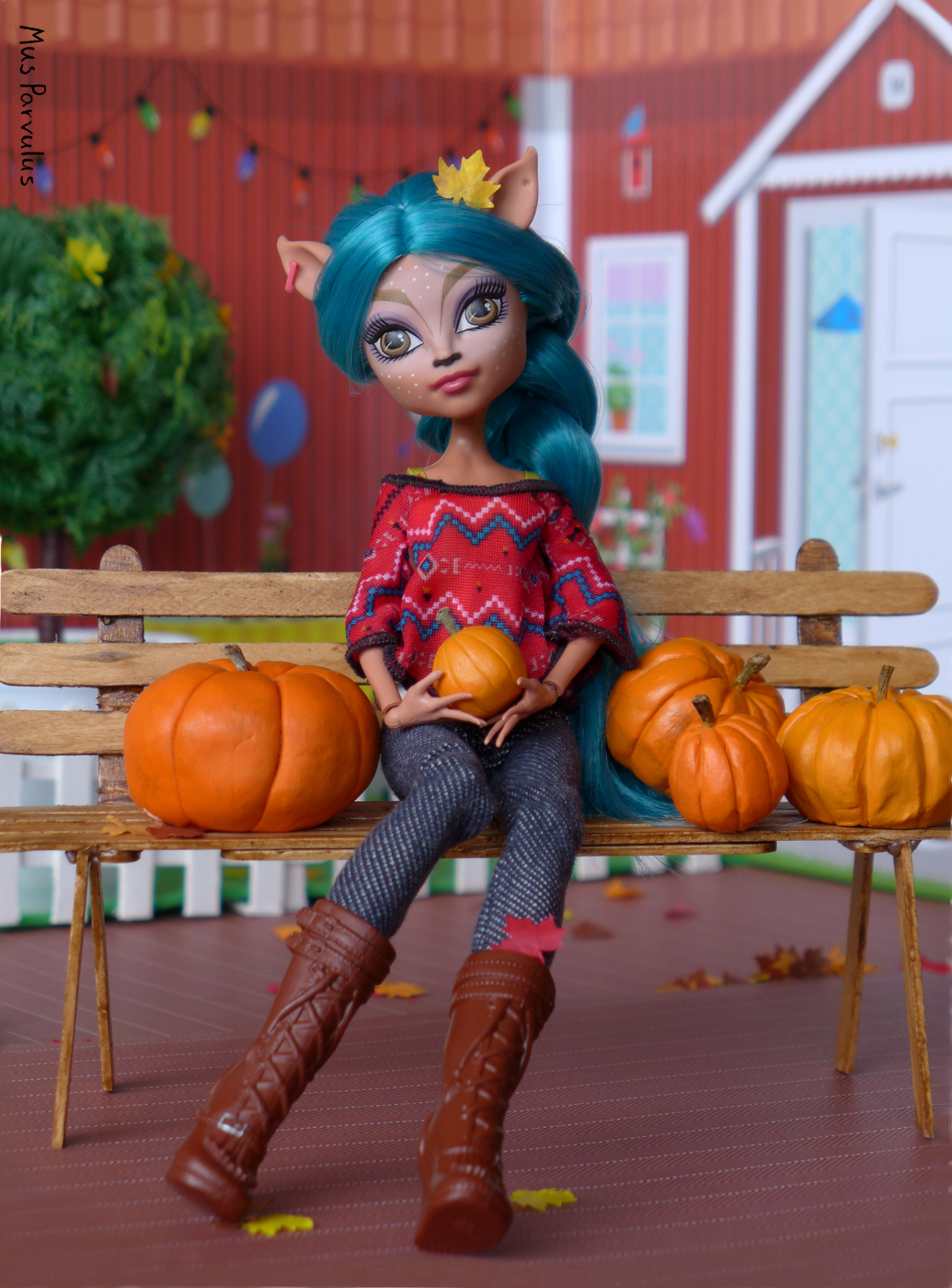 The decision to include Isi Dawndancer in these photos was colour based, I just think her hair and her top work well with the scene. 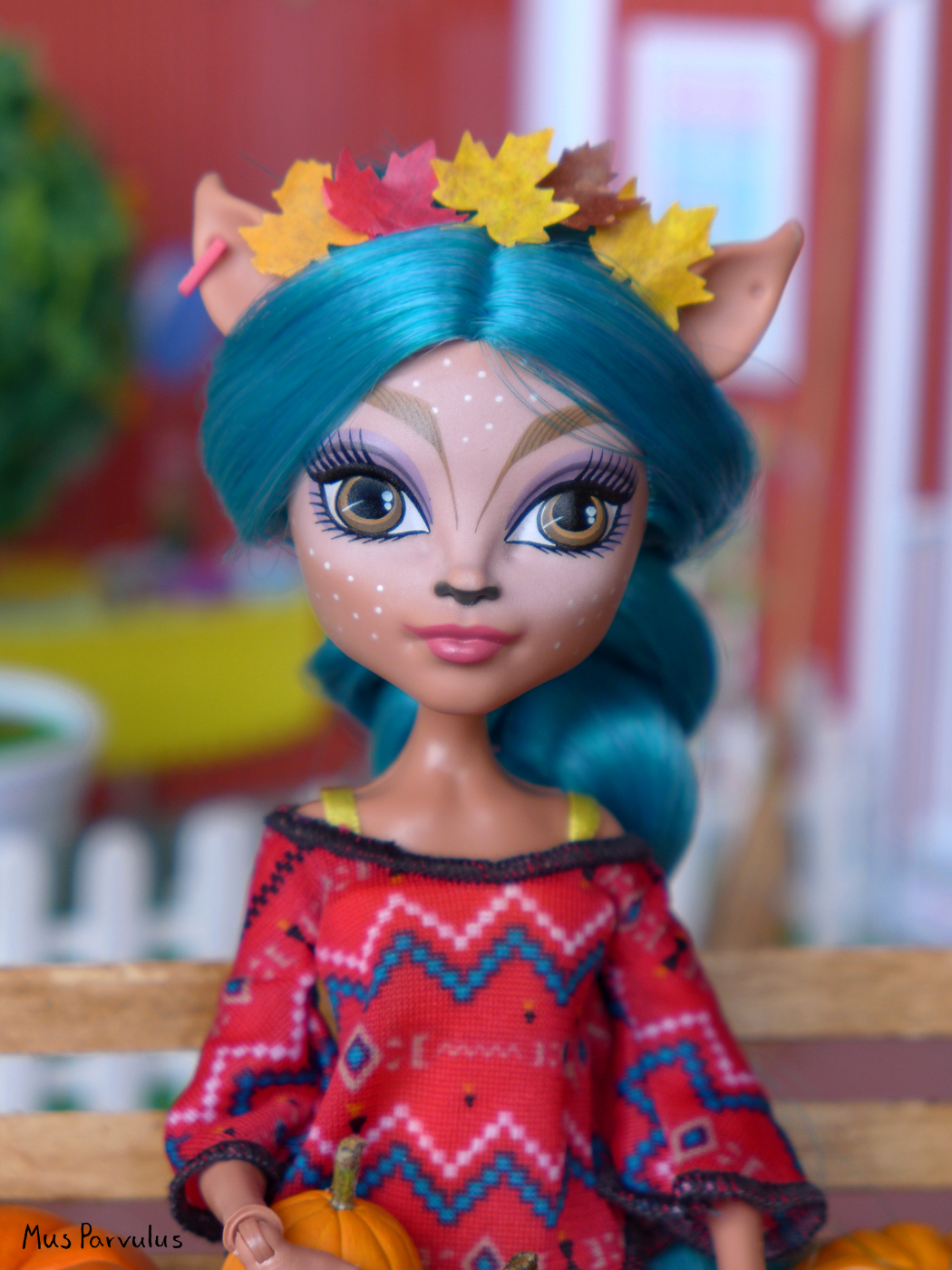 Speaking of the scene, I had been hoping to have a nice outdoor photo-shoot, but I couldn’t think of the right spot – really short grass would have been a must (in my mind) and I wasn’t in the mood for checking parks around the city for grass length 🙂 I settled for an IKEA Spexa background. 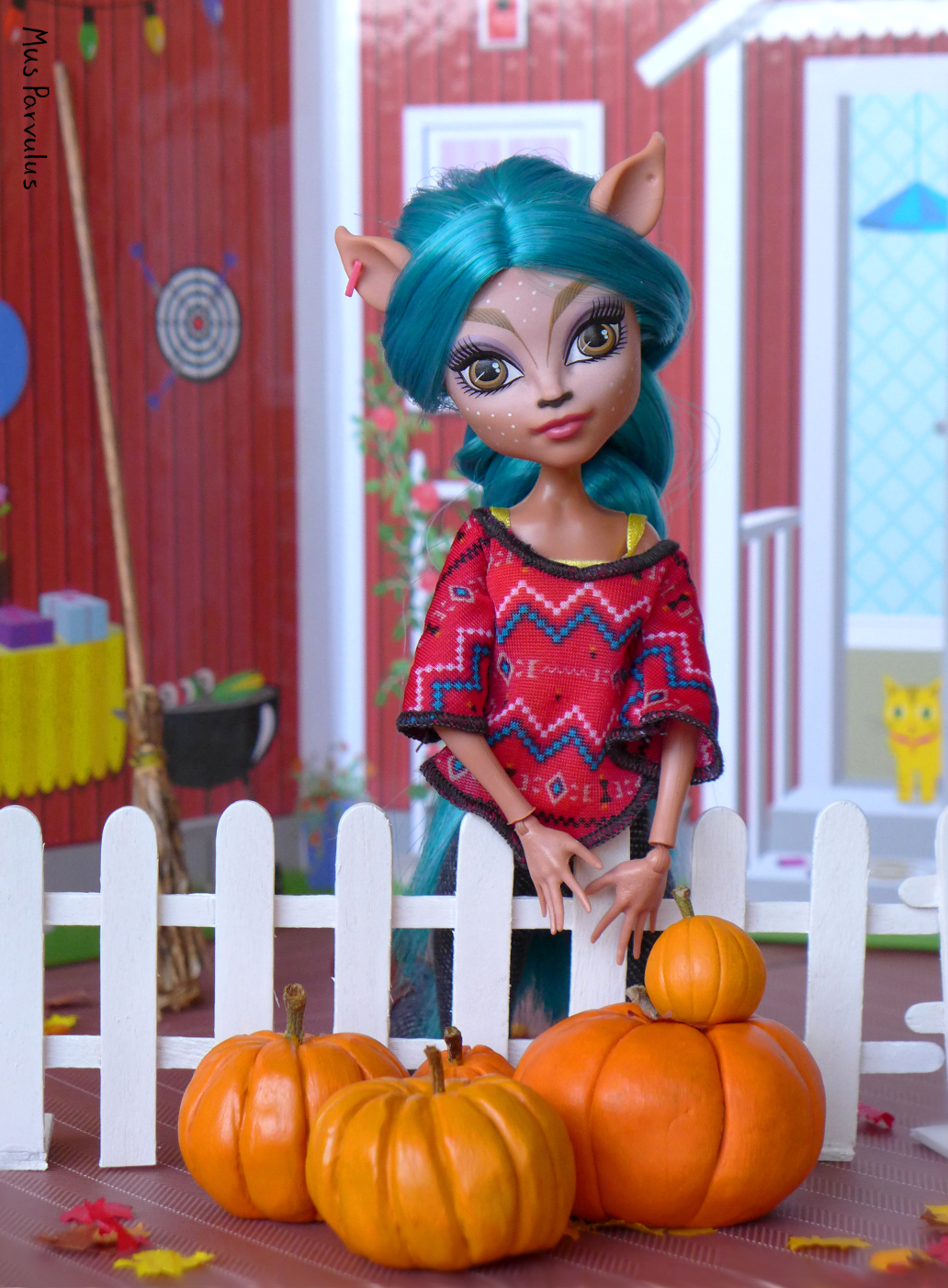 If you’re not familiar, it’s a a folding doll house – or rather the walls of a doll house. It can be a little shiny in the photos, and it never seems tall enough, but it’s overall a great option, considering how quick, affordable and accessible it is. Two of its panels show the outside of the house, and it’s a beautiful, dark-red and white, traditional Swedish house front. Wow, that’s a mouthful.

The fence is my own creation made of popsicle sticks. Unfortunately, I did not eat all these popsicles myself. The sticks were bough in a craft store 😦

Indoor doll photos certainly have a different feel to them. They look less natural, but you do have a lot of control in creating a more detailed and fun mini-verse. What I ended up is a little different from what I originally intended, but it’s not always a bad thing. The background brought in a lot of colour which is reminiscent of the season’s abundance (to me). 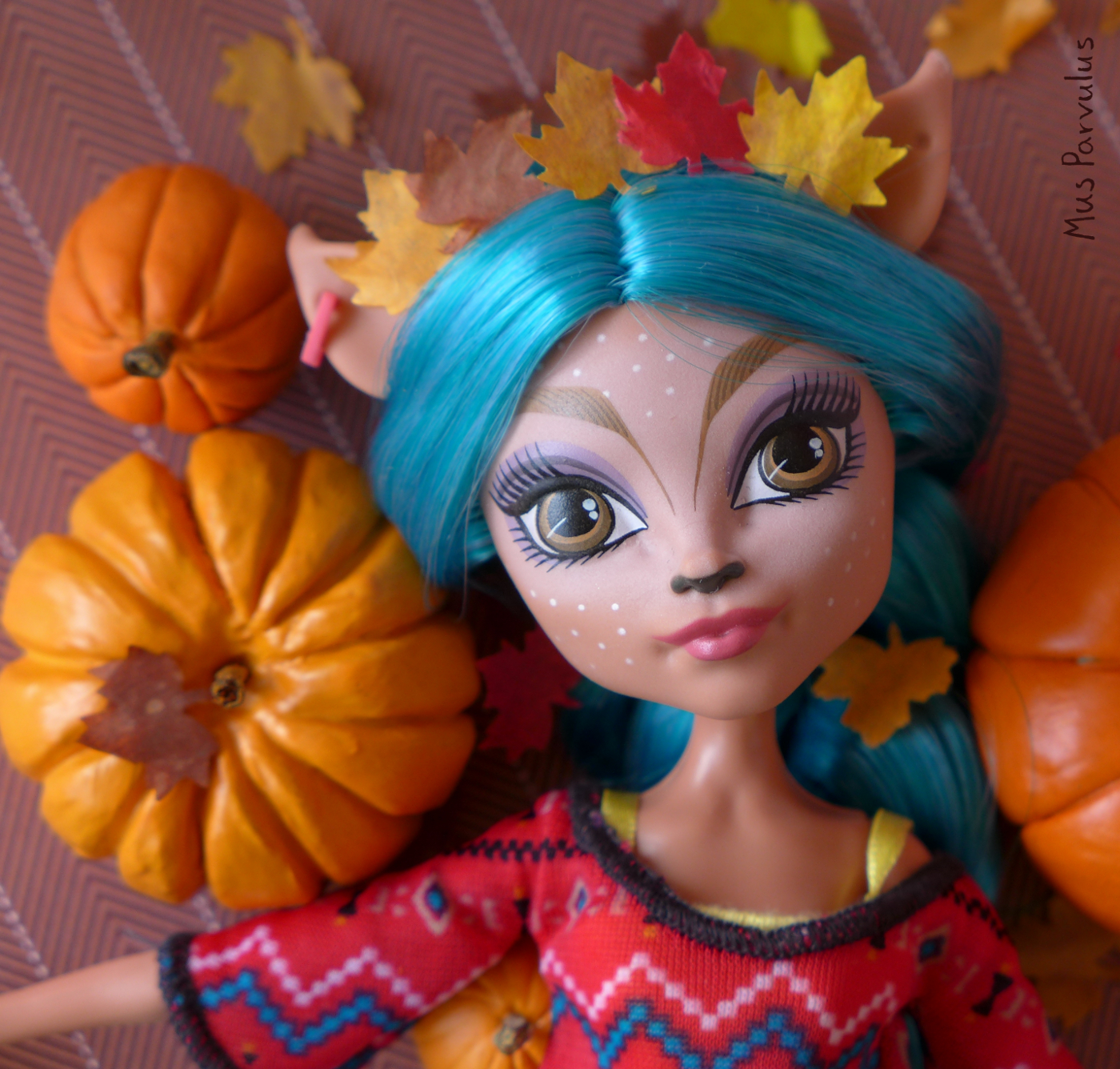 P.S. I did carve a real pumpkin this year, which I sort of made into a doll house as well. Unfortunately, it grew mould before I managed to find the right toy to pose with it 😛 I made a tiny mouse hole door in it, too.

If you’re in a Halloween mood, how about checking out my last year’s photos with Bunny Blanc as a witch? 🙂