Unfortunately, I don’t have any tiny ice skates lying around, so no skating was involved. 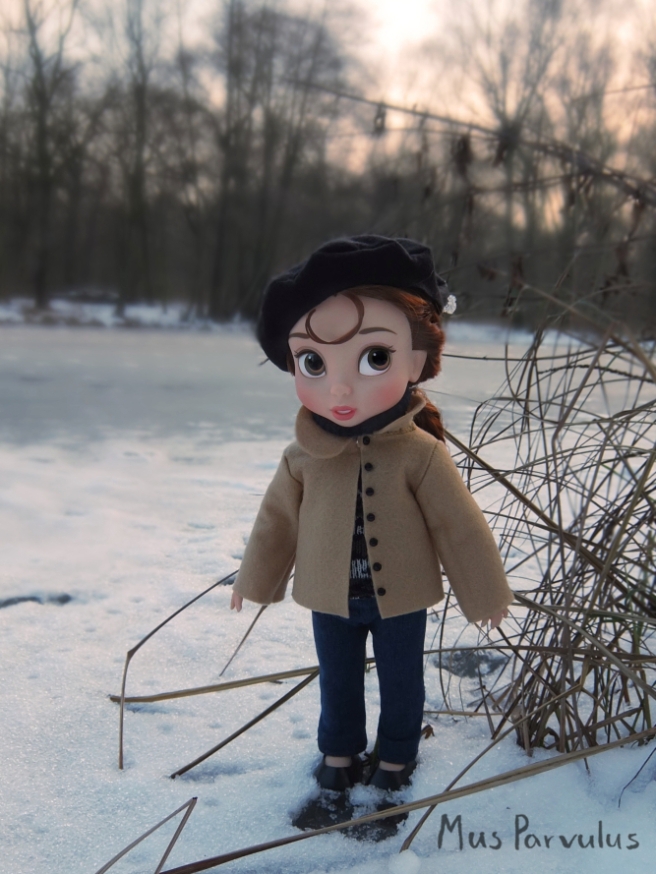 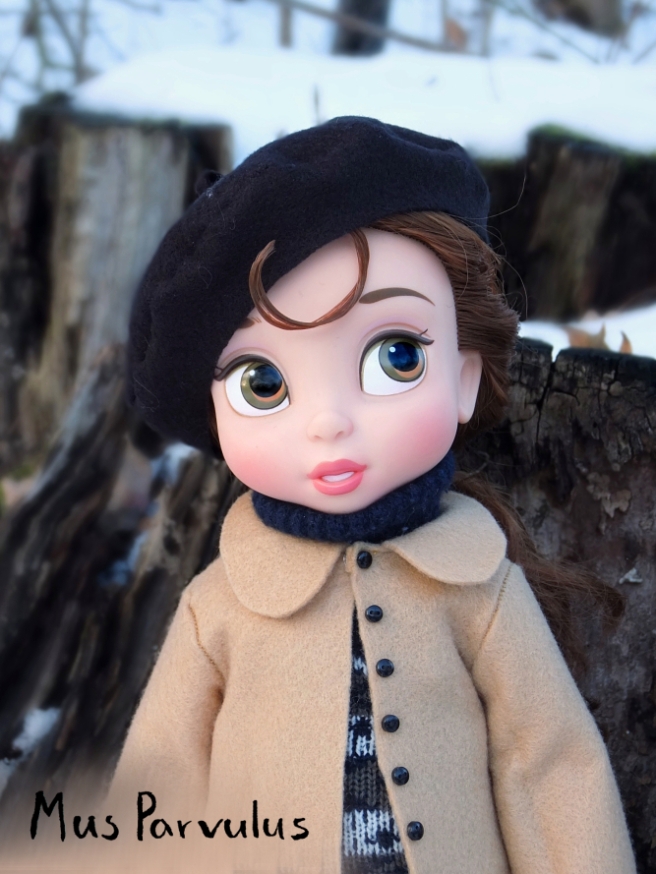 As a French girl, Belle more than deserves a beret. I’d say it suits her, too. 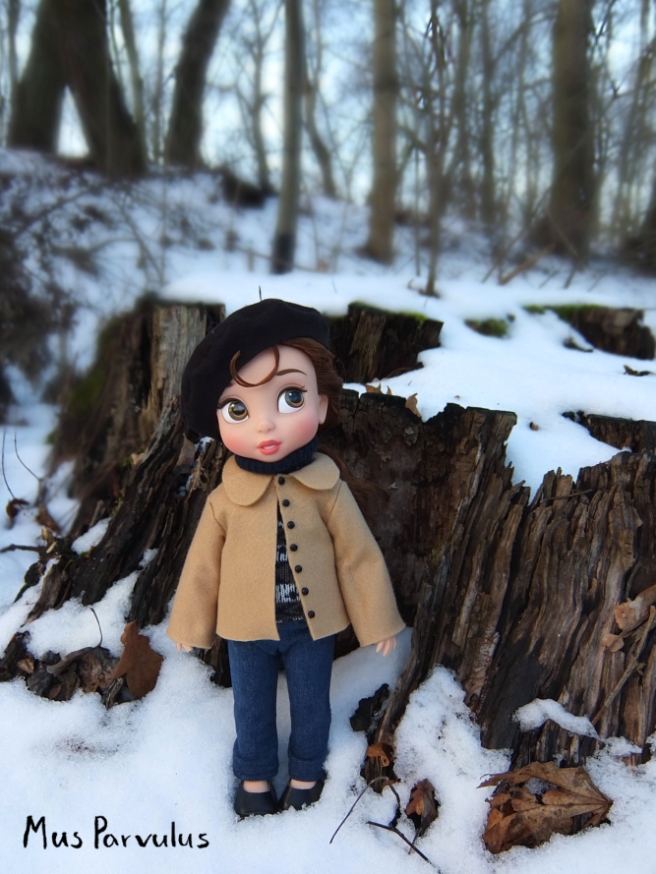 The sweater was made from one of my favorite gloves, after I lost the other one. The bottom of the glove became the turtleneck. It actually did not have an opening in the back, so I had to pull it up through her hips. It was so hard to squeeze the arms in that I was afraid they might pop out, so at the end of the day I decided to simply cut her out of it. Rest in peace, favorite gloves/Norwegian doll sweater. 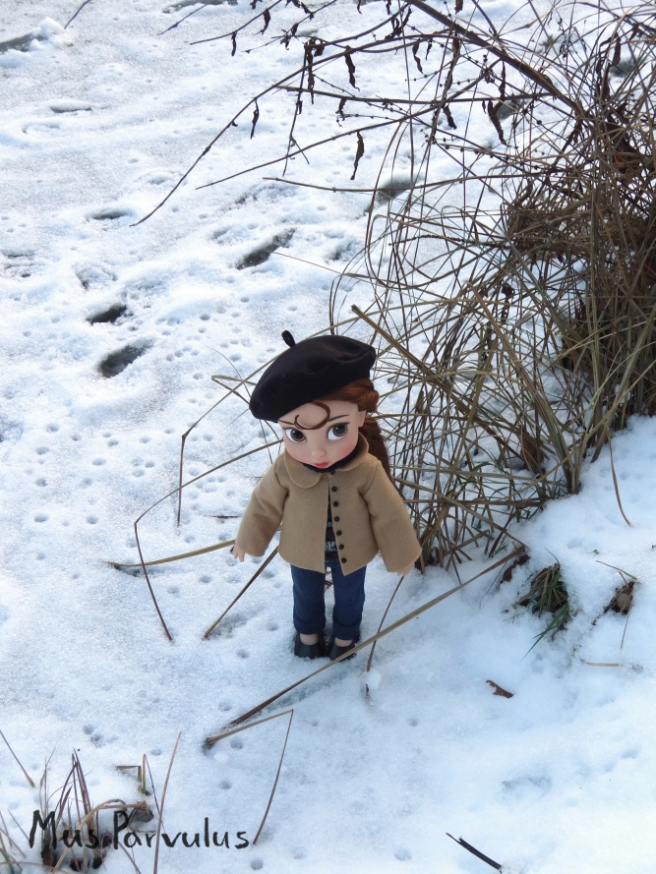 Depending on the outfit, sometimes I forget it’s a toddler doll, but in the photo above she definitely looks small and helpless. 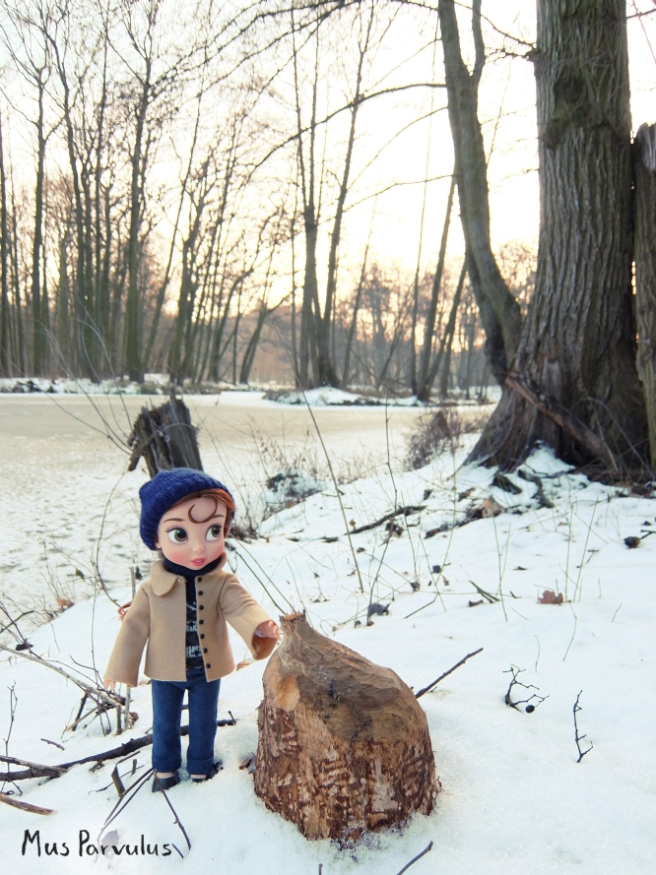 Apparently there are beavers in the area. 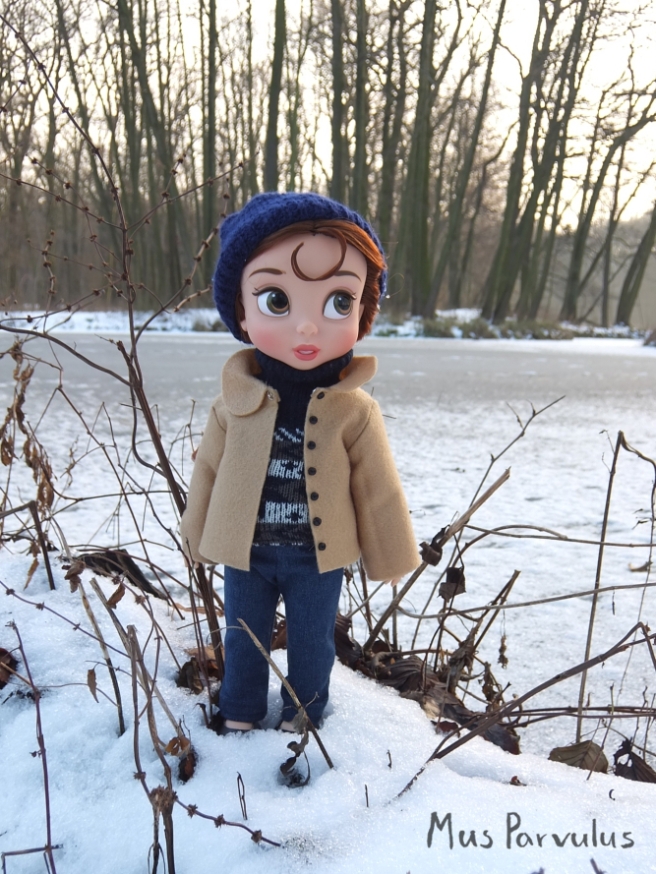 The wool cap is the only item of clothing I did not make. It was made some 20 years ago by my aunt Marlena for my favorite teddy bear. I think she’d be pleased to know it is still used 🙂 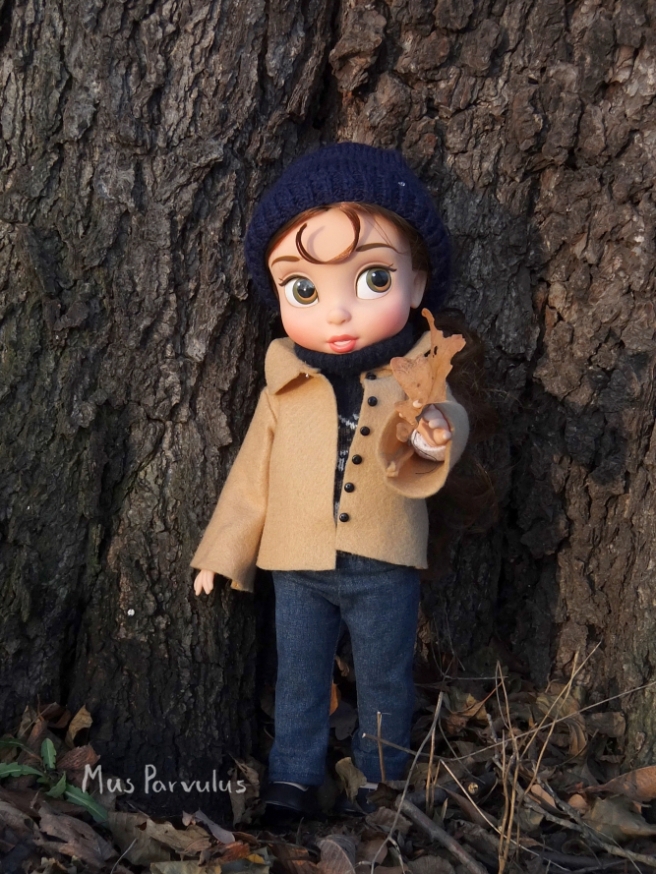 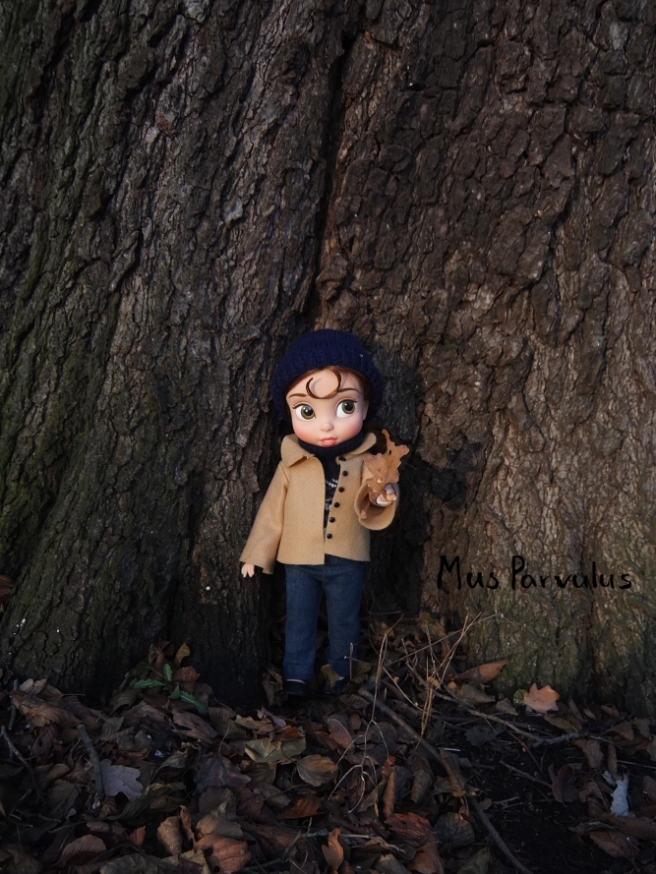 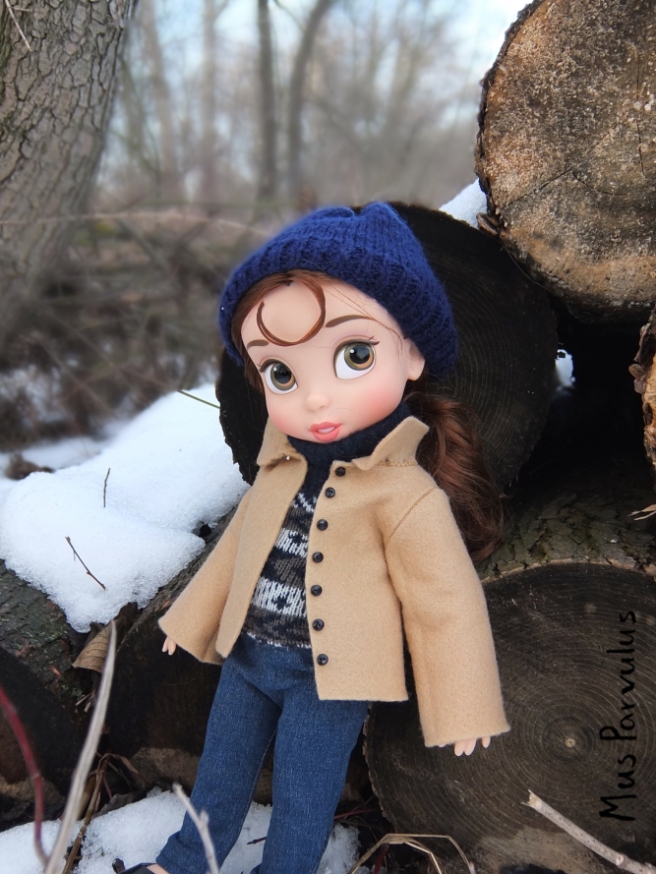 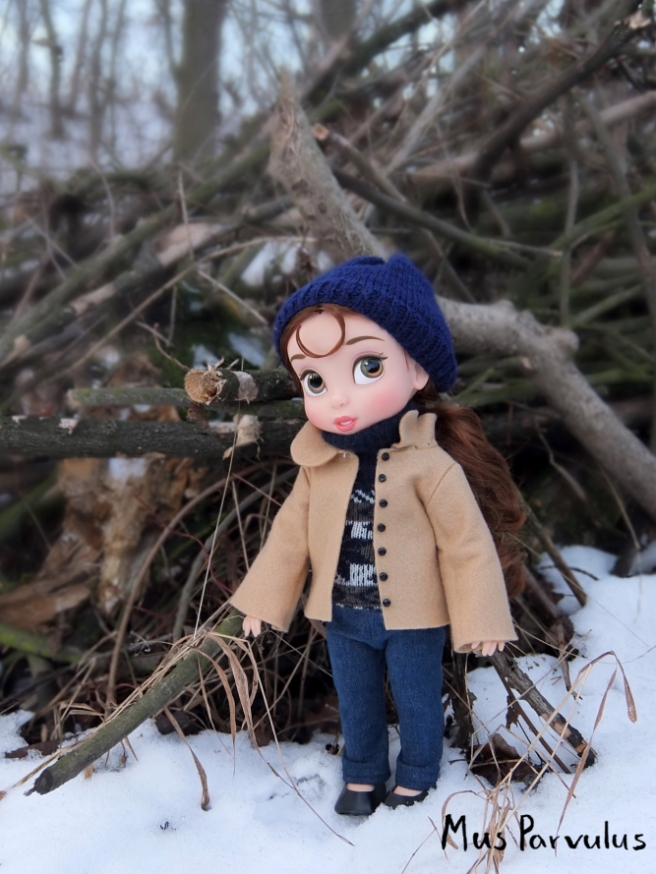 Unfortunately, I did not notice that Belle’s collar is messed up in a lot of pictures, which is a shame especially that it also shows its imperfections – it’s the first collar I’ve ever sewn, plus it was improvised without a pattern.

I think that the reason I missed some details in the pictures is that I was quite distracted trying to avoid people. I greatly enjoy photographing dolls out in the real world, but it makes me feel very self-aware 🙂